Starting with Carrie in 1976, Stephen King’s Horror stories are the basis of many successful movies produced for both television and the big screen. 1980’s The Shining, 1986’s Stand by Me, 1989’s Pet Sematary, along with 1990’s Misery and It are a just a few of these well-known, and highly profitable movies adapted from King’s tales.

Based on King’s growing fame, Hollywood studios clamored to sell more of his stories to the masses. Anxious to find lesser-known works to produce, a joint venture by Graveyard Productions and JVC Entertainment Networks, gave the green-light for the film Graveyard Shift. Based on a short story that originally appeared in the October 1970 issue of the men’s magazine Cavalier, and later reprinted in King’s 1978 collection of short stories Night Shift, the movie celebrated the twenty-fifth anniversary of its release on October 26th, 2015. 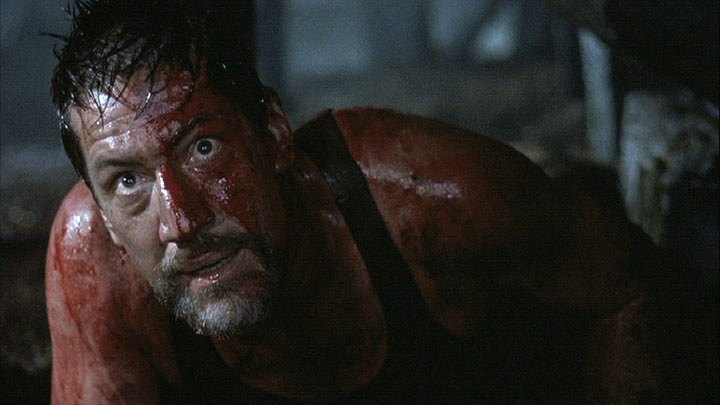 Distributed in the United States by Paramount Pictures, Graveyard Shift was shot with a budget of $10.5 million. Grossing just under $11.6M, it has done slightly better than breaking even. During the late 1980s, the multi-talented Tom Savini was slated to be the director, but backed out due to a lack studio interest and financing. This allowed Ralph S. Singleton to be hired on to helm the project. Although having many other titles to his name under production manager, Singleton’s only directing credit prior to Graveyard Shift was for two TV episodes of Cagney & Lacey. The screenplay adaptation was written by first-time film writer John Esposito. Although he was a novice at the time, he now has a successful career and most recently wrote an award-winning Walking Dead web-isode.

In traditional King-style, the story is set in a small Maine village. Most of the action takes place inside the rat-infested basement of Bachman Mills. The mill was originally named “Bartlett” in the story, but was changed to pay homage to King’s former pseudonym, Richard Bachman.To make the setting as realistic as possible, they filmed in an actual old dilapidated wool mill located in Maine. This greatly enhanced the movie’s creepy atmosphere. 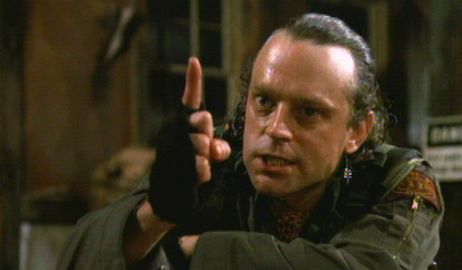 In the written story, the description of a massive murderous rat that has mutated almost into a bat paints a horrifying image. Bringing the creature to life on screen, however, produced mixed feelings of both horror and unintended humor, depending on the scene. Quick snippets are more frightening  and effective due to the mystery left to the viewer’s imagination. The longer climactic scene showing the monster crushed in the mechanical jaws of a cotton picker reveal the cheaper special effects used.

Graveyard Shift featured several seasoned actors, as well as a few that were lesser known. The film’s lead, John Hall, was played by David Andrews, who has many credits to his name. Among the roles he had prior to Graveyard Shift was Nightmare on Elm Street (1984) and Miami Vice (1984-1989). Actor Stephen Macht portrayed the mill’s foreman, who known only by his last name, Warwick. His earlier roles included Knots Landing (1982) and Cagney & Lacey (1985-1988). Female lead, Jane Wisconsky, was played by the more inexperienced actress Kelly Wolf. She had small roles in TV shows Tales from the Darkside (1985) and Thirtysomething (1989). Local townspeople Danson and Brogan were played by actors Andrew Divoff and Vic Polizos. Andrew Divoff was featured in Another 48 Hrs. and The Hunt for the Red October the same year Graveyard Shift was released. Vic Polizos was no stranger to the Horror genre having roles in C.H.U.D. (1984) and Night of the Creeps (1986). The most recognizable cast member was Oscar nominated actor  Brad Dourif, who played exterminator Tucker Cleveland. Although Dourif is known for many roles, some of his most famous have been voicing serial killer Chucky in the Child’s Play franchise, Billy Bibbit in One Flew Over the Cuckoo’s Nest (1975) and Dune Piter De Vries in Dune (1984). 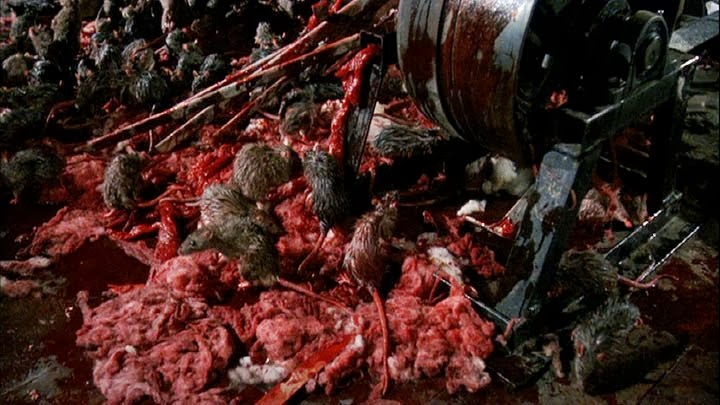 Graveyard Shift premiered to mixed reviews, from critics and Horror fans alike. The movie scores a lowly 3.8 out of 10 on Rotten Tomatoes with an audience score of just 22% out of almost 10,000 voters. From those statistics, the film remains one of the least popular Stephen King story adaptations. However, the movie has gained a solid fanbase of those who appreciate the gore, low-budget  effects, setting and mutated creature even twenty-five years later. 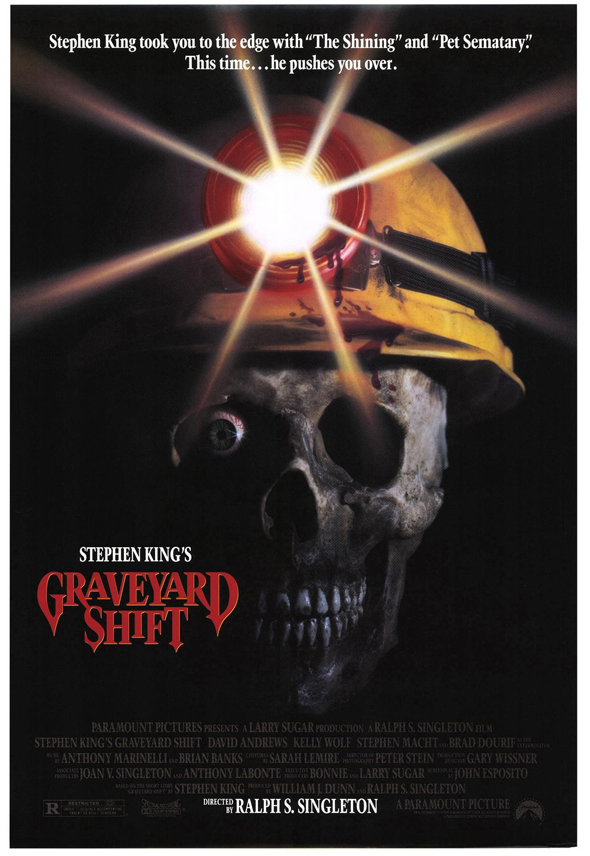