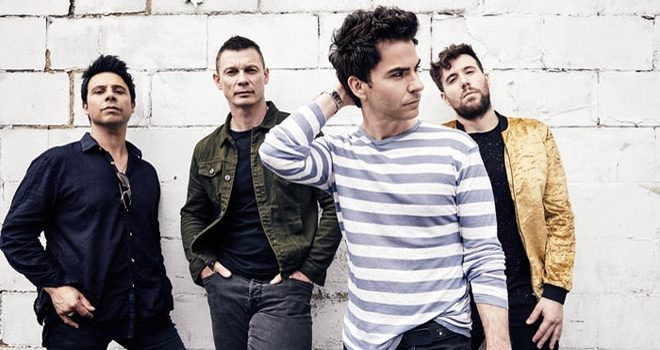 Welsh rockers Stereophonics, though little known here in the United States, have attained a successful career across the pond. Known for their smart lyrics and anthemic Guitar Rock reminiscent of second British Invasion New Wave, Stereophonics’ credits include multiple hits on British and European charts over the last two decades.

Initially forming back in 1992 in the city of Cwmaman in Wales, they released their debut album, Word Gets Around, in 1997 to little fanfare. Their next release, 1999’s Performance and Cocktails, whose first single “The Bartender and the Thief” was a surprise commercial success, led to the band’s subsequent popularity. Over the years, the band has undergone some personnel changes. Currently, they are Kelly Jones, principal songwriter and lead vocalist; Richard Jones on bass and backing vocals; Adam Zindani on guitar; and Jamie Morrison on drums.

Bring us to present day, Stereophonics’ latest album, Scream Above the Sounds, hit the public on Friday, October 27, 2017 via Parlophone Records, with distribution in the US by Warner Music. Recorded months after the release of 2015’s Keep the Village Alive, Scream Above the Sounds is an example of the fine songwriting and melodic mastery their fans have come to expect.

A landmark for the band, being their tenth overall studio album, it consists of 11 tracks with a 47-minute running time. Opening with “Caught by the Wind,” it is a track that makes use of the anthemic melodies reminiscent of their best early work, it was written in the aftermath of the Bataclan Theater attacks in Paris in 2015. This in mind, the song cryptically celebrates life’s simple pleasures while criticizing some of the heightened security measures implemented since.

Moving on, arguably the best song of the album is “All in One Night.” Amusingly enough, it is about a party, but one that changes the characters’ lives in an unexpected way. It shows off the band’s musical style with vamping keyboards and guitars. This is while Jones is at his best, delivering lyrics and vocals that transcend most, if not all, music found on the Pop charts.

Further in, “Before Anyone Knew Our Name” is a track about friendship and loss. Written as a tribute to Stereophonics’ original Drummer Stuart Cable, who left the band in 2003 and died in 2010, Jones said, “He left in 2003, but we were still mates – there was no arguments. He died seven years ago, but he’s been on my mind every day really since then. I don’t know why it came to me now, I don’t know what it was, but it came out on a page and I sang in front of a piano and recorded it and people heard it. They thought it was some beautiful sentiment to him and they all got a bit emotional about it.” A simple piano track with haunting lyrics, it tells the story of Jones’ and Cable’s childhood friendship and the early years of the band. The impact is further enhanced by the repeated lyric “I miss you, man.”

Finally, the album closes with “Elevators,” an almost Country-tinged song that includes twangy slide guitar and Honky-Tonk piano. The lyrics are perfect as an ending and feel like the last song at the pub just before closing time when the crowd is a bit too drunk and ready for bed.

Overall, Scream Above the Sounds is a tremendously solid release. There is something for every Stereophonics fan, from brooding melancholic tracks to Rock anthems. Stereophonics has delivered another fantastic album that begs the question why they have failed to gain a larger audience in the United States.

Talking about this very topic, Rolling Stone magazine, in a recent article, asked Jones why he believed that his band has not been more successful here. His answer is philosophical, “I’ve wondered why. I think people are the same worldwide. I think if there’s a certain tribe of people that like the music I make, then I’m sure there’s certain tribes of people in every country. But you know, we signed to an independent label, V2, and it was great for the first couple of years. And then it kind of fell to shit. And once you lose that momentum it’s very difficult to get it back. So without blaming others involved, we tried our best to be there as much as we could in the early days, but sometimes things don’t pan out your way.” Regardless, Stereophonics are a great band, having delivered another fantastic release, and that is why CrypticRock give Scream Above the Sounds 5 out of 5 stars. 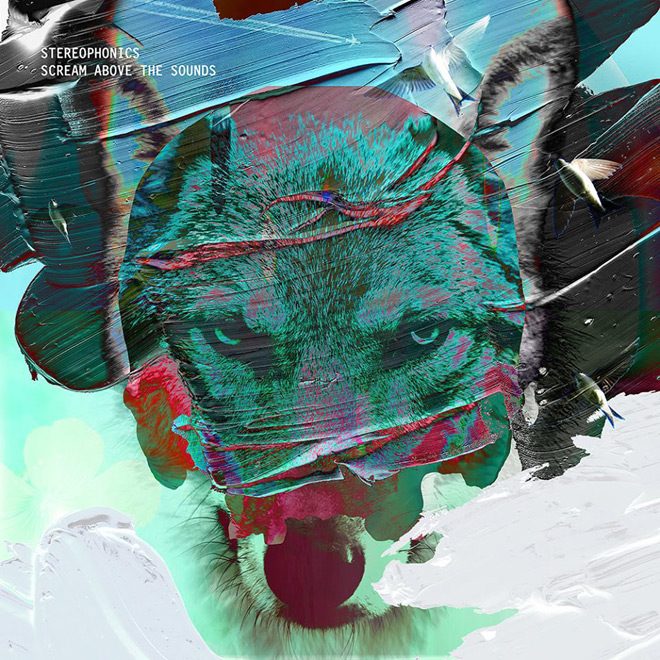 Ice Nine Kills – The Silver Scream 2: Welcome to Horrorwood (Album Review) Candlebox – Wolves (Album Review)
Like the in-depth, diverse coverage of Cryptic Rock? Help us in support to keep the magazine going strong for years to come with a small donation.