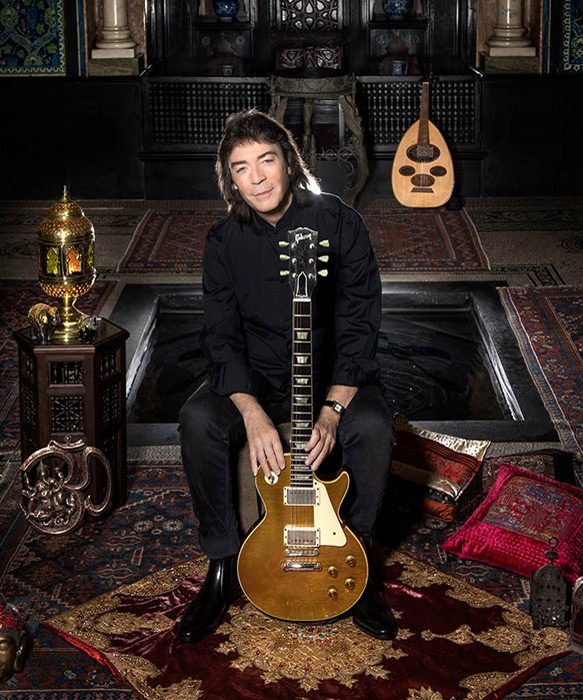 The forthcoming sparkling gem of an album The Night Siren is a fitting follow-up to the veteran muso and guitar-meister’s majestic Wolflight, which was released only two years ago. Steve Hackett, of the Progressive Rock band Genesis’ ’70s golden-age lineup, is certainly on an inspired songwriting roll. With how the pieces of this new oeuvre had been weaved and are sounding off collectively, Hackett has certainly unleashed again an epic addition to his prolific discography, the firstborn of which is 1975’s now legendary Voyage of the Acolyte.

Scheduled to be released on March 24, 2017, The Night Siren is Hackett’s twenty-fifth solo album. It fittingly opens with the initially rustic Folk musing of the seven-minute “Behind the Smoke,” which then gradually builds up into a proper Progressive Rock/Symphonic Metal masterpiece and finishes with an anthemic electric-guitar ad-lib, something which even members of the likes of Dream Theater and Pain of Salvation will most likely give their headbangs of approval to.

The acoustic-oriented introductory tendency occurs again in the next track, the engaging and upbeat “Martian Sea,” which features an exotic string instrument (most probably an Indian sitar or an Iranian tar) that perfectly complements the song’s Pop sensibilities. Another indulgent, lengthy piece comes in the form of “Fifty Miles from the North Pole”  – a mix of Bond-worthy Cinematic sonic backdrop, Satriani-reminiscent metallic alien surfs, and Appalachian choral chants. Then there is the ominous-sounding, Tribal expedition of the instrumental “El Niño,” to be followed by the somber, Gospel-inspired reflections of the musically minimalistic  – practically acoustic-guitar, strings, and vocals only  – “Other Side of the Wall.”

Certainly the highlight of the album, “Anything but Love” is a mid-tempo ballad that starts with an intricate Flamenco guitar, is adorned with a sensuous saxophone ad-lib, has a catchy chorus, and ends in an electric-guitar-laced coda. “Inca Terra” is another slowing down of pace, relaxing the listener with its ’60s Progressive Folk/Rock sensibilities, owing to the graceful woodwind-infused swing and sway as well as ear-catching 7/4-time-signature plucked-string interlude that may remind the initiated of ’60s-originating Psych-Folk bands like Pearls before Swine (“Images of April”), Kaleidoscope (“Keep Your Mind Open”), and The Incredible String Band (“The Half-Remarkable Question”); only to build up into becoming an electrified stomper, in the veins of Gentle Giant (“On Reflection”). These pastoral and progressive Folk trips carry on with “In Another Life.”

The mélange of Middle-Eastern Classical music, Cirque du Soleil sonic acrobatics, and Glam Metal guitar and vocal styling of “In the Skeleton Garden” make it a seeming remnant of Hackett’s previous, similarly conceptual album. The second-to-the last track, “West to East” features an orchestral and choral arrangement, exuding a mystical and hypnotic sensibility that has echoes of Pink Floyd’s “Shine on You, Crazy Diamond.” Finally, The Night Siren closes with the relatively short instrumental electric-guitar-led ballad “The Gift.”

Like its predecessor, The Night Siren is another smorgasbord of different musical instruments from various parts of the world and diverse sonic styles that will surely satisfy enthusiasts of classic Progressive Rock, Glam/Power Metal, Psychedelic Folk, and World music.

An additional testament to Hackett’s multiculturally oriented songwriting and guitar wizardry, beautifully executed in collaboration with his wife Jo Lehmann and his keyboardist and co-producer Roger King, this forthcoming oeuvre is not only a new batch of well-crafted songs and instrumentals but also another conceptual masterpiece from the iconic and influential English artist. CrypticRock gives The Night Siren 5 out of 5 stars. 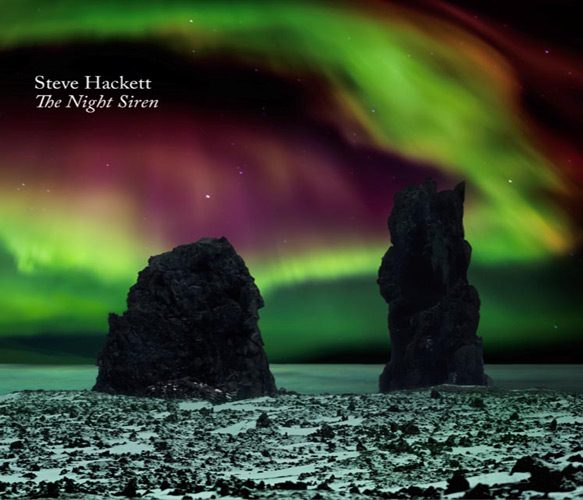