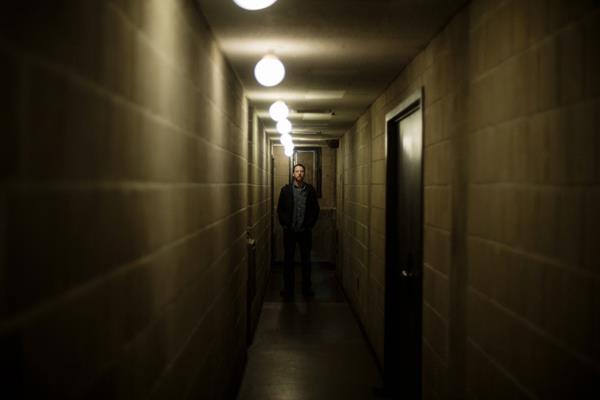 When Writer/Director Jonas Govaerts sought out a source to provide the musical score for his latest Horror film Cub, otherwise known as Whelp, he sought something unique that would provide the ideal backdrop. Cub is an innovative film in itself, and as such required music to complement and increase the tension as the story progresses. As a result, it is imperative a film’s musical score, regardless of genre, not detract or rip the viewer from the story they are attempting to tell. Looking to be unique, Govaerts desired to avoid modern movie convention in this regard, and instead, returned to the definitive musical style often used in films during the ’70’s and 80’s. Music during this period relied predominately on synthesizers with a simplistic repetitive feel, thus creating an atmosphere unlike any other for films. This type of musical score was a favorite particularly by Horror legends John Carpenter and Dario Agento for their movies.

One person came to Govaerts’ mind, Steve Moore of American instrumental duo from Pittsburgh, Pennsylvania, Zombi. Known for their synth-based, looped, multi-layered composition style, Moore has a plethora of experience creating eerie, effective vibes drawing heavy influence from Argento’s house band, Goblin. Furthermore, Zombi is one of the most respected of the compelling sub-scene, touring extensively with such groups as Isis, Red Sparowes, and Trans Am. Thus, Govaerts and Moore became a match made in heaven. Govaerts is a musician himself, and as such, he knew exactly what he wanted and how to achieve the desired sound. In addition to Moore, some members of Govaerts’ band, The Hickey Underworld, also contributed songs that feature on the film.

From the initial track, the instrumentals build tension and intrigue as the viewer is introduced to the main character Sam, and his sad life. As Sam’s life changes dramatically, a heavy synth sound resonates though each scene, and listened to alone also tells a story. When watched with the film as intended, the musical score explodes into the viewers’ living rooms, belts tension through the air, and increases their heart rates before delivering the next blow. The track hints of a darkness to come.

“Casselroque” accompanies Sam’s scout troupe as they prepare for a camping trip in the fated woods, egged on by the counselors regarding the legend of a werewolf boy, Kai, in the same woods they are heading too. The enthusiastic track creates an air of mystery and excitement to the scene. As the group arrive at the camp site, disrupting people along the way, the track “Arrival” pumps with youthful wonder in the background. The group becomes aware there is something else in the woods aside from them.

Moving forward, the music lifts the tension and keeps pace, with pivotal moments being accentuated. The rhythm and tone of the music quickly adapts to the changes in perspective. The scene where Sam and Kai meet in the treehouse is accompanied by the track aptly named “The Treehouse.” To the moment Sam and Kai face each other, to the twisting prophetic track, “Finale,” each pivotal moment is accentuated by instrumentals that do not detract the viewer from the scene.

Moore has shown a deep understanding for Govaerts script, interpreting the musical score for the greatest impact. As Cub progresses, so does the intensity instrumentals right up until the climatic twisted end. Moore and Govaerts are ones to keep an eye out in the future for individual and collaborative projects. For fans of Moore and Zombi, this is a dream piece of work they will want to get their hands on. A memorable soundtrack, CrypticRock scores Cub 5 out of 5 stars. 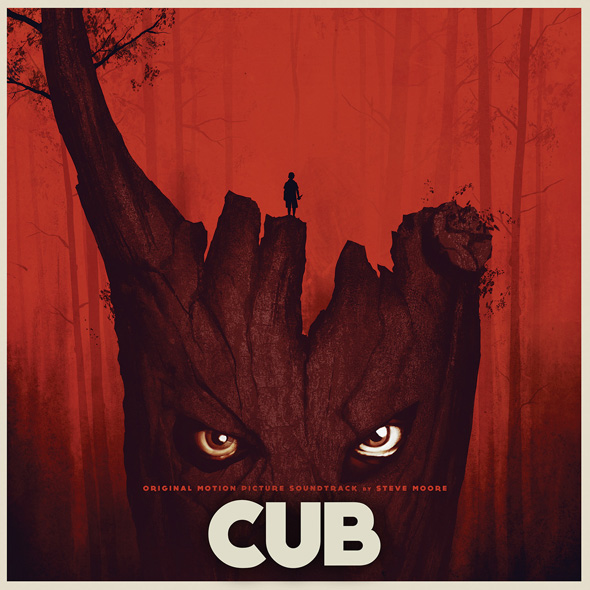