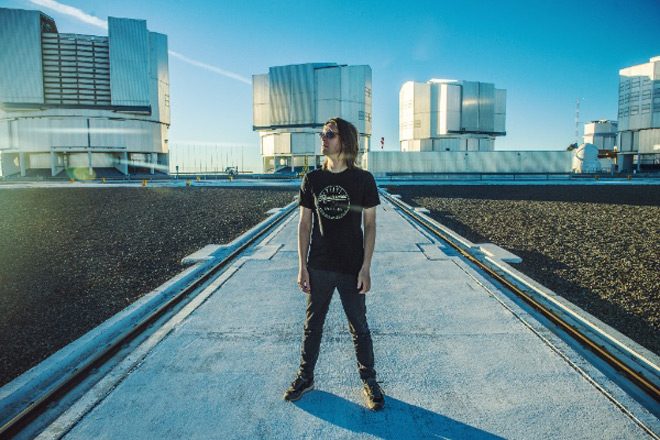 Steven Wilson is one of those names many do not think they know, but end up finding out his work is so prolific and broad, they probably do know him. Preferring to shun the limelight, Wilson remains an enigmatic songwriter and musician, living in the quiet suburbs of Hemel Hempstead, England, focusing on creating music, not news headlines.

Once the driving force behind Porcupine Tree, he is a multi-instrumentalist, producer, and sound engineer who has worked with many bands as diverse as Opeth, Yes, and Tears for Fears. His works have won him four Grammy Nominations, countless awards, and many fans, yet the talented Wilson remains very much an underground artist.

Reluctant to stick to a genre, Wilson returns on August 18, 2017 with his fifth solo album, entitled To the Bone. While five albums does not seem like much, keep in mind, Wilson has been a part of many projects over the years since he began playing professionally in 1983. Projects including the aforementioned Porcupine Tree, Incredible Expanding Mindfuck, No Man, Blackfield, and Storm Corrosion, all of which have kept him busy creating music without generating the fame one might expect.

Released through Caroline, To the Bone explores a variety of themes, unlike his previous album, 2015’s Hand. Cannot. Erase., which concentrated on the story of Joyce Carol Vincent, a woman who lay undiscovered for three years in her home after she died. In this new collection of songs, he visits politics, religion, and truth, but each ends with the same conclusion – we have seriously messed up the world we live in. Though the resolution is bleak, the general feel of the album is anything but, in fact, it is uplifting and joyful. Clearly influenced by artists such as Peter Gabriel, Radiohead, and Depeche Mode, the music has its roots in the ’70s and ’80s. This in mind, it is far from being stuck in the past, it strides into the future, leaving it with an openness that it does not belong to any one decade, but spans time.

To create the work, Wilson worked with a great many artists. In several songs he collaborates with Ninet Tayeb, an Israeli singer whose voice is a perfect fit with Wilson, the Experimental Guitarist David Kollar, and Nine Below Zero’s Harmonica Player Mark Feltham. Additionally, ex-Kajagoogoo Bassist Nick Beggs also provides Chapman Stick, Adam Holzman delivers on keyboards, while drums come from Jeremy Stacey and Craig Blundell. Also, XTC’s Andy Partridge co-composed on the title track “To the Bone” as well as “Nowhere Now” while Paul Stacey (twin to drummer Jeremy), who has worked with Oasis and The Black Crowes, is credited as co-producer and engineer. All this in mind, To the Bone is a very English sounding album and it feels very organic and wholesome, it is Scones & Clotted Cream or Homemade Victoria Sponge, not your typical generic mainstream offering.

Opening with the title-track, “To the Bone” commences with some hard-hitting spoken words from American Jasmine Walkes, which will cause the listener to examine their own prejudices through the song. A mighty mix of ’80s Pop, ’70s Soul, and current day issues, it features a beat that catches you unawares with a Bossa sway and bluesy guitar riffs. Continuing on with “Nowhere Now,” Wilson begins a slow build, ever rising, the song looks back at Earth from space with a hippyish optimism and cosmic harmonies. Then, “Pariah” is an ethereal introspective where Wilson is first joined by Tayeb, whose voice is a perfect mix of gravel and angel. Entirely captivating, the mood of the song is uplifting, yet deals with darkness in everyday life. It will lift you onto a different plain, simple strumming juxtaposed with exhilarating musical backing, that makes this song extraordinary.

More of a Rock-like number with a high falsetto vocal at times, “The Same Asylum As Before,” uses delightful melodies and some beautiful chorus lines mixed with some ’80s Synth Pop, giving its cynical verdict on society. Then, “Refuge” takes off when it reaches the harmonica solo before making a leap to the heavens with amazing instrumental segments. A funky ’70s Disco rhythms and Synth Pop beats mark “Permanating” as a song that will make you want to dance. This in mind, it is another song where Wilson looks back at Earth from high above the clouds, this time with a disco mirror ball hanging in the sky; it is fast, high energy, and joyful.

Later on, with the ’70s vibe of Led Zeppelin or Carol King, “Blank Tapes” is a break up song. Sad and poignant, it again features Tayeb and is a very short song compared to the opuses that surround it. This in mind, it also has a strangeness that will make one wonder what is the hidden meaning trapped within. Thereafter, Wilson takes a turn for the darker side of human nature next on “People Who Eat Darkness” when he considers the impact of discovering the person you pass everyday, your neighbour, is actually a terrorist and how that would make you fear people. However, with its delicate acoustic and ’80s electric mix, the style keep the song from being depressing, but instead it has a vibrancy that is hard to ignore. The Swiss multi-instrumentalist Jazz and Blues singer Sophie Hunger is featured on “Song Of I,” a haunting aria about compromising for someone, something Wilson is not willing himself to do, putting his music first.

Moving forward, “Detonation” is partially inspired by the news of the terrorist who attacked the gay club, how he used religion as an excuse to kill, even though he was not a religious man, something very cold and calculating. A dark and mysterious song, at over 9-minutes long, it is an epic masterpiece, changing pace and feel throughout. Intense and highly emotive, it includes some long segments of instrumental interludes with the creativity levels of someone like Nik Kershaw and are sure to impress. Lastly comes “Song of Unborn,” a song from the perspective of a baby not yet born, and the hope that comes with new life, the potential to be anything and how life dictates what those choices will eventually be. A spiritual song with a choral section, soprano choristers give the song a hymnal quality that is a dramatic end the album, and quite profound.

A serious contender for album of the year, To the Bone oozes style and creativity in a unique, yet satisfying blend of genres. Art and music combined into a thrilling blend that you just want to keep listening to. It is both mysterious and spiritual, beautifully produced, high quality, and sublime musicianship. Simply put, it is a stunning and evocative mix of songs that will have a huge impact on older listeners, reaching out to his own peers who remember when music had a soul and songwriting was the key to a hit tune, not hype and social media skills. For pure brilliance, CrypticRock awards To the Bone 5 out of 5 stars. 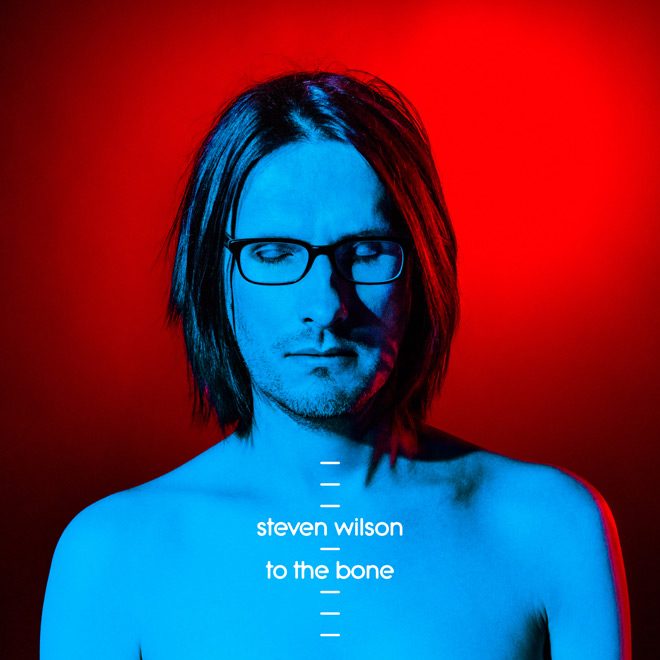