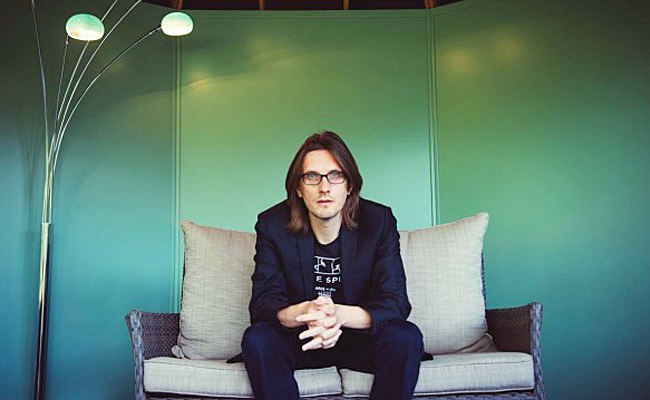 English musician/producer Steven Wilson has been involved in it all. He leans towards the experimental side of music, always pushing boundaries. His main instrument is guitar and boundary pushing here, gets him labeled as progressive. But he’s not only progressive in his song writing but in his choice of collaborators. Many and varied are they- from other progressive rock hit acts like King Crimson and Opeth to foreign stars like Aviv Geffen from Israel all the way to the more electronic and bizarre partnerships like the ones he developed while working on his group Bass Communion. His most popular act would be Porcupine Tree which took up the majority of his time from about 1987, at which time the band was just a joke between Wilson and his friend Malcom Stocks, until 2010 when he finished his last tour with Porcupine Tree for their most recent album from 2009, The Incident.

The inability to sit still in any one project may come from Wilson’s proficiency in many instruments including piano, hammered dulcimer, flute and even the auto harp or it may come from his abilities as a producer, remixer, arranger and songwriter. Wherever his urges come from, they have delivered some very thought provoking albums and opened many a metal fan’s ears to something… more. His latest solo work entitled Hands. Cannot. Erase. is no exception. Released via Kscope February 27th, the eleven track album follows 2013’s The Raven That Refused To Sing and ups the ante with a new concept.

The album opens with “First Regret,” which sets a musical scene. Wilson’s music seems to always be about spaces and places which are exquisitely conveyed through the depth and reverberation of the sounds themselves. Samples of children playing lend a hopeful feel to this introduction which otherwise focuses on a piano that sounds like it was recorded directly onto tape and has been sitting around an attic being oxidized for years. “3 Years Older” sets up the tragedy of this album. The most telling line being, “I will love you more than you’ll ever know.” It begins in classic Wilson styling with tight guitar rhythms and a wonderfully crafted melody. When the vocals come in it harkens back to the time Wilson performed, mostly in acoustic fashion, with Porcupine Tree bandmate, John Wesley. About 7:30 in, though, it recalls a more aggressive full Porcupine Tree ensemble. It never falls into a depressing pace though it feels like it might and ends finitely so that “Hand Cannot Erase” can pick up at another spot. The time hop in the story is evident as it approaches a later time when the subject is older and dealing with the concept of love, trust and friendship. A somberly hopeful piece, the titular track is full of determination, distorted and poppy guitars. This track is the highest contender for a radio friendly hit.

Moving along, “Perfect Life” is the first track with Ninet Tayeb, the most famous person in the Israeli entertainment industry. It is also the first track to help fully establish the story this concept album revolves around. The story revolves around a character named H., a name revealed in a book that comes with the deluxe edition of the album. H. has a younger sister who her parents briefly foster before their divorce, but whom H. eventually forgets about. This character is based off of Joyce Vincent a woman who died mysteriously in her apartment and who nobody noticed was missing for three years, a fact that lends more weight to the track, “3 Years.” The tragedy of this track is cemented by the industrial sounding drums in the beginning which are built upon later with strings that seem to lament some kind of cruel irony. “Perfect Life” ironically gives way to “Routine,” something Wilson surely did not do by accident.

Another song that begins in it is own but yet is so tightly tied to the whole. That cruel irony brings forth another present time as the perfect life has given way to one of routine where H. is a sad housewife with a strict husband. Possibly tied to real life Vincent’s trouble with her father, while almost dreamily whimsical, the strings lend a very real gravitas. The unintelligible falsetto gives way to something more ominous as the strings pick out a new setting and as the melody comes in, our heroine, H., tells the story herself, with the help of Tayeb. While it sounds like it’s going to become more aggressive, it actually settles right back down into sadness. Wilson, the inner dialogue, holds onto a better time at the end and again it feels like there might be hope. Instead, it moves quickly into “Home Invasion” with more tight guitar rhythms, phasing guitars and driven drums. Again there is this sense of determination and it is within something larger, something more out of control. After the song is more than halfway over, the lyrics come in. Talk of downloading things make this track feel like black sheep amongst an otherwise timeless story, though it may be crucial to the Wilson’s interpretations of the events in Vincent’s life. With everything available online- even the things one may not want, it is less surprising that one could go missing for so long without notice. This track is on the few tracks on the album to have a seamless transition to another- and an instrumental at that.

Continuing the theme from early, “Home Invasion” features a sweet guitar solo that definitely makes the album feel complete in the bigger picture of the Steven Wilson solo discography. At the end, the children return and since the story has been progressing steadily forward, it can be assumed that this is more of a remembrance. Wilson shows off some of his banjo skills too, before fading out into “Transience.” This track is interesting. The first half is in a minor key and the second half does a really nice shift into a major key. It goes from talking about H.’s mother to her father and from disappointment to reassurance. It is a song of dualities, but it is not a turning point.

The climactic, “Ancestral” is someone trying to convince H. to come back to her family, where she grew up, because a city so cold and dark where no one knows you is an easy place to lose yourself. It is sad and desperate in tone, but moves into one of Wilson’s solos, which always sounds like determination. This track is also the only one with a flute performance by Theo Travis, who has worked with Wilson on everything since Grace For Drowning in 2011. It finally settles down at the end and leads to the last track with vocals. “Happy Returns” is very bittersweet. In it H. is addressing her brother. While H. is still alive, “I bet you thought that I was dead. But I’m still here,” she is not happy with the state of her life and by the end it is revealed that this is actually a letter and she is not talking to him in person. It seems to be left up to the listener to decide whether or not H. will “finish this [letter] tomorrow” so that brother can come rescue her from this city full of “freaks and dispossessed.” The ending of the song is definitely a finale though. This finale fades into a epilogue, “Ascendant Here On…” It feels like H. has ascended past her mortal body as the choir lightly sings in the background. The children’s voices are back; whether this is remembrance or something else entirely is, again, anyone’s guess.

An album that is tied together thematically in lyrics and in melody this succinctly is well-deserving of the title masterpiece. Wilson has brought us another album where he takes his wit and his introspection and combines it with his undeniable ability to create scenes and moods and times to bring us something that might as well be a movie, albeit, one that each ‘viewer’ makes up in their own head. Always feeling like it might get better, it never quite does which seems to leave listeners with an unhappy ending. At roughly sixty-five minutes, it is his longest single disc, but it is not longer than the two disc release that is Grace for Drowning. Still, it gave him enough time to tell his story properly and still be long enough to be in short feature film territory. Those ready to be taken away to another, darker world with Wilson, strap in and get comfy. CrytpicRock definitely gives Hand. Cannot. Erase. 5 out of 5 stars. 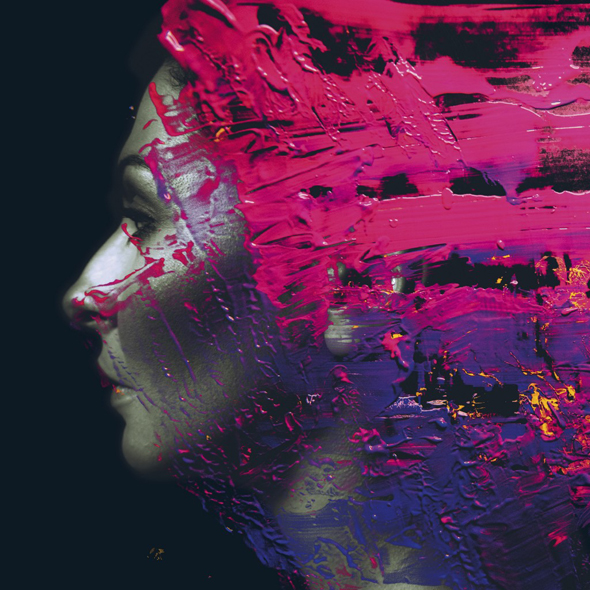