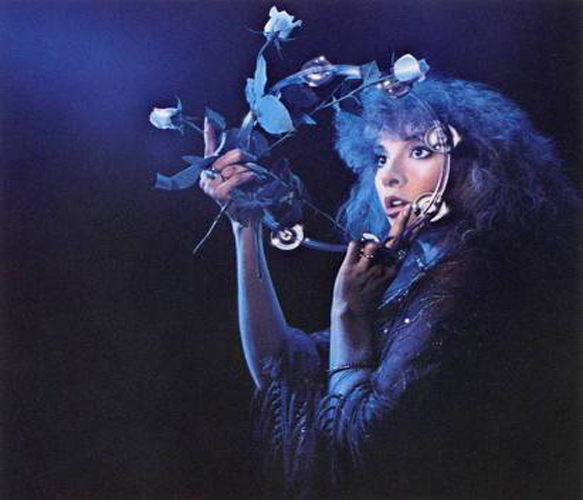 In 1981, the world was introduced to the incredible stand alone power and innovative creativity of Stephanie “Stevie” Nicks when she released her debut solo album, Bella Donna. Already having made her bones as part of the legendary group Fleetwood Mac, Nicks began paving her own way in the world of music with the release of Bella Donna. Released on July 27, 1981, only three months later, the album was certified platinum by the RIAA. The album saw the release of four hit singles: “Stop Draggin My Heart Around,”  “Leather and Lace,” “After The Glitter Fades,” and the infamous “Edge of Seventeen.” While Nicks would go on to win several more awards and accolades both as a solo artist as well as with Fleetwood Mac, the initial runaway success and hallmark of Bella Donna would continue to be hailed as one of Nicks’ crowning achievements.

Opening with title track, “Bella Donna,” the album begins with the kind of breezy effortlessness and soulful beauty for which Nicks is known. The transition into the cool and icy arrangement of “Kind Woman” is a gorgeous flow into the smooth chill of the song. There is something chilling and thrilling about Nicks’ voice that draws the listener in and sends chills down one’s spine simultaneously. The prominent twang of the guitar is part of what makes this tracks such a standout on this album, because the ambiance it helps create is unlike any other on the album.

“Stop Draggin My Heart Around” was written by Tom Petty along with Mike Campbell and was originally intended to be a Tom Petty and the Heartbreakers song, but through Producer Jimmy Iovine, Nicks was arranged to perform it. Petty and the Heartbreakers performed on the song with her, and it was released as the first single off of Bella Donna. It managed to secure the #6 spot on the Billboard Hot 100. Petty and Nicks would go on to perform together on several songs and arrangements moving forward for both the Heartbreakers as well as Nicks’ solo work. There is a underlying soulfulness and Funk to the song that is cool and compelling.

It is undeniable that Nicks became the voice of an era and a legendary icon for her talents, but “Edge of Seventeen” is easily one of her most recognized songs to date. Having appeared in a number of television shows, movies, and soundtracks, in 1981, the song peaked at #11 on the Billboard Hot 100 and at #4 on the Billboard Mainstream Rock chart. The most distinct and memorable attribute of the song is the chugging 16th note guitar riff which drives the entire song forward. Nicks wrote the song to express her grief at the death of her uncle and murder of John Lennon having occurred in the same week. “After The Glitter Fades” is another unique song on Bella Donna, due to its Country-tinged tone and southern chug. It was released as the fourth and final single off the album and managed to make it to #32 on Billboard Hot 100 and peaked at #70 on the Billboard Hot Country Tracks.

“Leather and Lace” was a duet she performed with Eagles’ Singer Don Henley. The song was originally intended for Waylon Jennings and Jessi Colter’s duet album of the same name, but was not included. So, Nicks and Henley recorded it for Bella Donna and it went on to peak at #6 on the Billboard Hot 100 for three weeks until January of 1982. The song is a beautiful back and forth that seems to be about the relationship between a man and woman and the give and take of that relationship. Also carrying a bit of Country twang, the guitar and percussion rhythm in the song gives it a bounce and steadiness that is subtle and sweet.

Stevie Nicks is a natural born storyteller. Her songs are the chapters of a winding and ever-evolving story of life, love, and loss in the most beautiful and haunting ways. Bella Donna was only the beginning of what would go on to be a career rife with musical partnerships and compilations as well as just the tip of what this incredible woman was capable of. Fans already knew she was a force to be reckoned with and a voice unlike any other, but with the release of Bella Donna, she secured herself as one of the most influential and inspiring female artists of the time and for many years to come. For a trip back to the heart and soul of the woman behind the voice, revisit Bella Donna and hear the beginning of something beautiful. 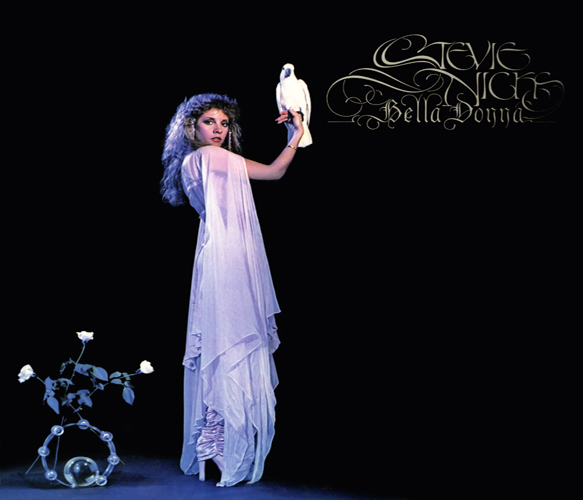