Why does everyone always doubt the mother? Don’t they always say that mother knows best? Well, mommy has gone a little mad in Still/Born, the latest Horror/Thriller from the good folks over at Vertical Entertainment, and it arrives to select theaters, as well as On Demand, on Friday, February 9, 2018. 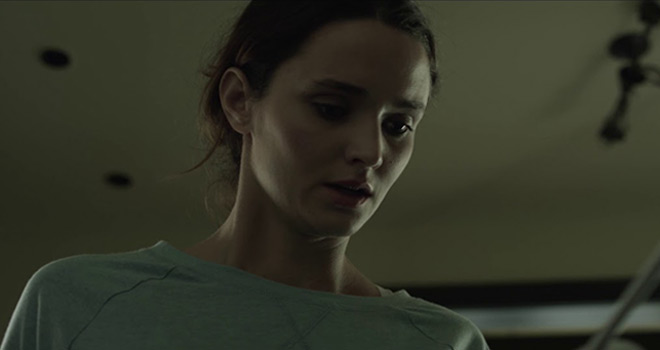 Young couple Mary (Christie Burke: The Twilight Saga: Breaking Dawn – Part 2 2012, Falling Skies series) and Jack (Jesse Moss: Final Destination 3 2006, Tucker and Dale vs. Evil 2010) are first-time parents struggling with the joy of their son Adam’s birth and the tragedy of his twin brother Thomas’ death. With a new baby in their arms while just settling into a new home in the lush Seattle suburbs, this is a time of maximum change and stress for the pair. Unfortunately, with Jack partnered in a law-firm and often away from home for hours on end, Mary is largely left alone to struggle with Postpartum Depression, the grief over the loss of her one son, and all the complications that come along with being a brand-new mother.

As time progresses, however, it becomes clear that Mary is struggling more than anyone had initially thought. She is seeing things throughout the house, hearing voices  on the baby monitor – including a spooktacular growl that whispers, “It’s okay, Adam!” – developing paranoia about her husband’s fidelity, and, oh yeah, she is quickly losing her grip on reality due to all of these night terrors. As her world is spiraling out of control, one must wonder: is Mary simply another victim of Postpartum Psychosis or is there something truly supernatural at work here? 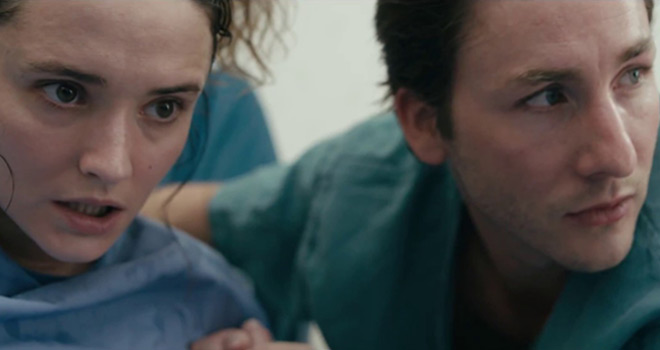 Winner of The Scariest Film Award at the 2017 Overlook Film Festival, Still/Born is a solid Horror offering, and yes, it contains nearly a half-a-dozen good jump-scares to make sure that you spend the duration of the film on the edge of your seat. Although, if you are a vampire searching for gratuitous gore-porn, this is not the film for you! While this is the good news, the bad news is that the film is not entirely shocking or unique for the Horror/Thriller genre, considering that playing around with Postpartum Depression/Psychosis has been done a multitude of times previously to a myriad of outcomes. 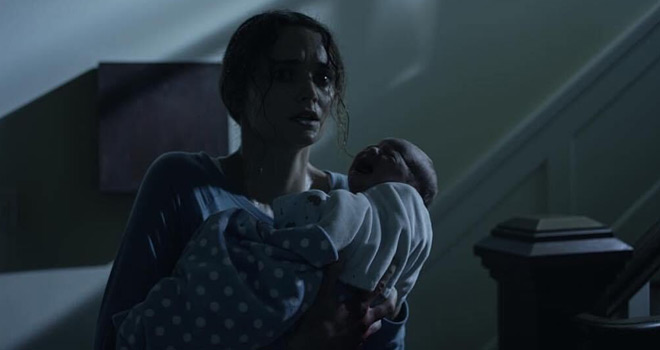 Fortunately, Still/Born rises above with a solid script and good acting from its ensemble cast, though the bulk of the film is held down by Burke as Mary. Burke does a good job of portraying the haunted young mother, though as Mary’s demise spirals out of control, Burke struggles a bit to fully embody the cold-hearted lunacy of her character. Ultimately, she does a good enough job to leave us to question whether Mary is merely another psychiatric statistic or truly being plagued by the supernatural.

Still creeped out by that damned growling voice from beyond, CrypticRock give Still/Born 3.5 of 5 stars. 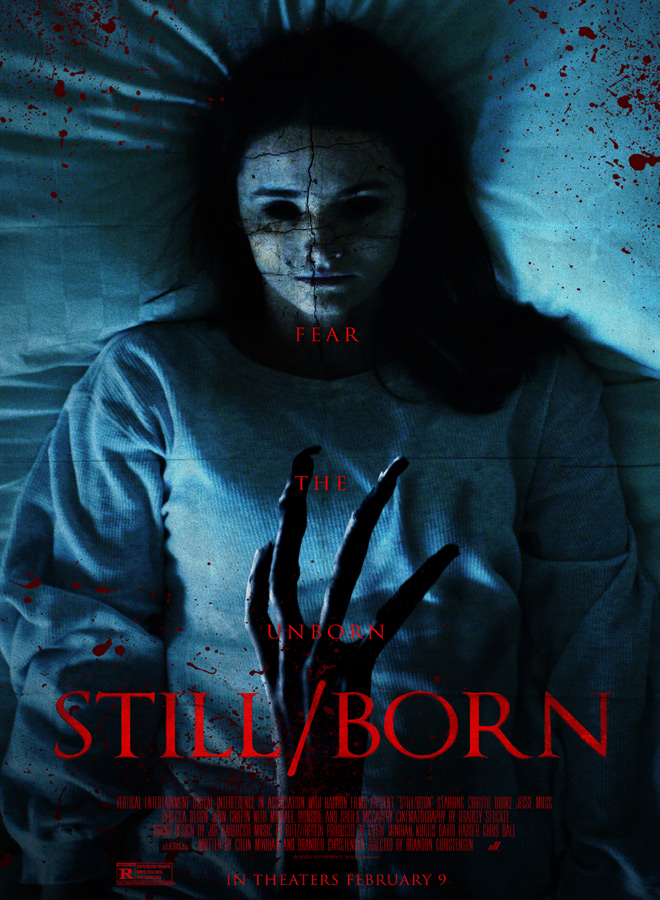