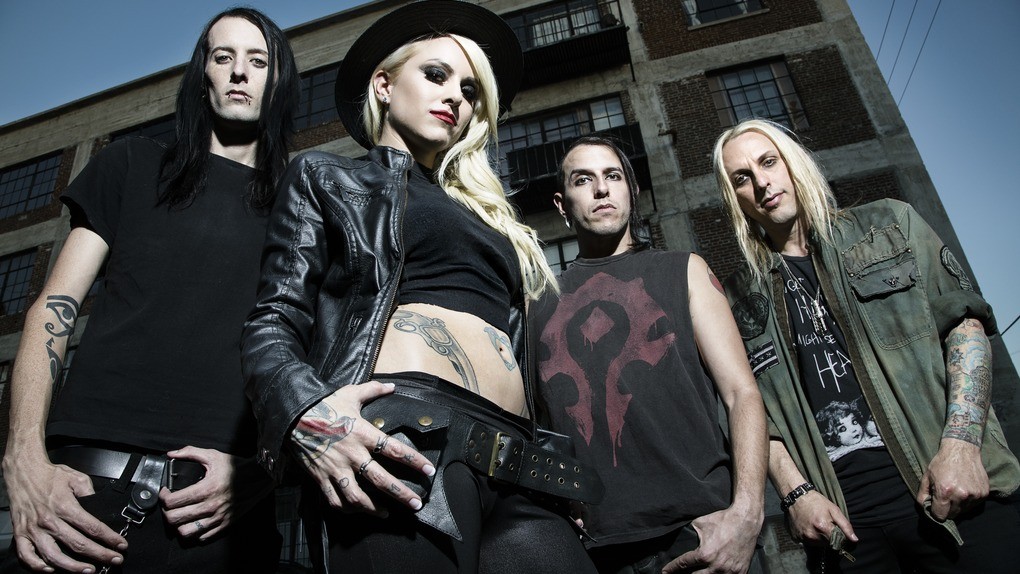 Heavy Rockers Stitched Up Heart began their journey back  in 2010 out in Los Angeles, California as the brainchild of Singer Alecia “Mixi” Demner along with Guitarist Merritt Alfero. Now joined with Bassist Randy Mathias and Drummer James Decker, continuing to established themselves, the band signed  on with Century Media Records subdivision label Another Century in the fall of 2015. Releasing their EP Skeleton Key, they are ready to make their mark on the music scene with their debut, full-length album, Never Alone. Released on June 17th, it is a bold step forward in many regards. Skeleton Key had a darker tone, whereas Never Alone seems to have a different message and be a different move for the promising young band.

A debut album can be a challenge. In many aspects, it can shape the perspective listeners have of an artist. With that in mind, Never Alone begins with all engines pumping for the album’s first single, “Finally Free.” It is an effervescent and seductive anthem of liberation that jump-starts the album, setting the bar high for the remaining playtime. “Monster” rounds the corner following “Finally Free” with a similar vivacity and uplifting choral sentiment while there is a distinct heart in the verses courtesy of some serious percussion. The song also addressed the issue of feeling repressed and wanting to unleash a fire or “the monster” within. Then, there is “Catch Me When I Fall,” which has a great classic, modern Rock song set up with a dark breakdown. On the other end, “Event Horizon” contains a supernatural/sci-fi vibe. Like the movie of the same name, this track explores the possibilities of delving into the abyss while heavy drums and interesting synth elements/effects are showcased.

Sustaining any pitfalls, “It’s So Easy” is a song where Demner’s vocals have an intriguing huskiness that draws the audience. Then comes the title track, “Never Alone,” with its synthy opening reminiscent of Linkin Park’s “Burn It Down,” it is part Rock song, part Dance song. Bouncy and engaging, triumphant and endearing, Demner sings, “I’m here, you’ll never be alone!” with so much heart it is comforting. Following the uplifting anthem, “Now That You’re Gone” comes on with a powerful chorus and lyrics about finding a way to move on after the breakdown of a relationship, and how to ”Find a way to numb the pain.”

Later, Stitched Up Heart continue to pull at the heartstrings with “Turn You On.” Possessing a vibe that is unusual as well as charismatic, it is both alluring and exciting like an energized, Siren song. This is before “Bleeding Out” provides a beautiful catharsis, revving up as an emotional ballad about attempting to save someone who will not, or cannot, ask for help out of a bad situation. The ethereal vocals from Demner are impassioned and highlighted by the poignant, military-esque drum beat provided by Decker. Then, “City of Angels” comes in with a echoic chorus paired with beautiful composition that carries a lightness with an edge and heavy percussion.

Wrapping things up is “I Can’t Breathe” featuring haunting vocals from Demner that are gorgeous and evocative like an old Soul singer’s. It begins simply, which works to intensify the effect of the vocal style and breaks into harder riffs and percussion from Alfero, Mathias, and Decker. Once the chorus opens up, it swells and heightens the soul of the song and hits even harder. It is a gorgeous final bow for the album and concludes things elegantly and with balance.

Stitched Up Heart have changed directions from their earlier, heavy days and morphed into a new entity. The vocal maturity and control of Demner alongside the instrumental intensity of Alfero, Mathias, and Decker gives Never Alone a unique sound for the California Rockers. While most of the album flows together like a story read aloud, they may want to watch the excess and repetition of similar synthesized effects in too many songs, as it can be distracting when songs sound too similar. Tending towards the personal and emotional, Stitched Up Heart are changing and growing up before fans’ eyes, and it is an evocative transformation to watch. CrypticRock gives Never Alone 3.5 out of 5 stars. 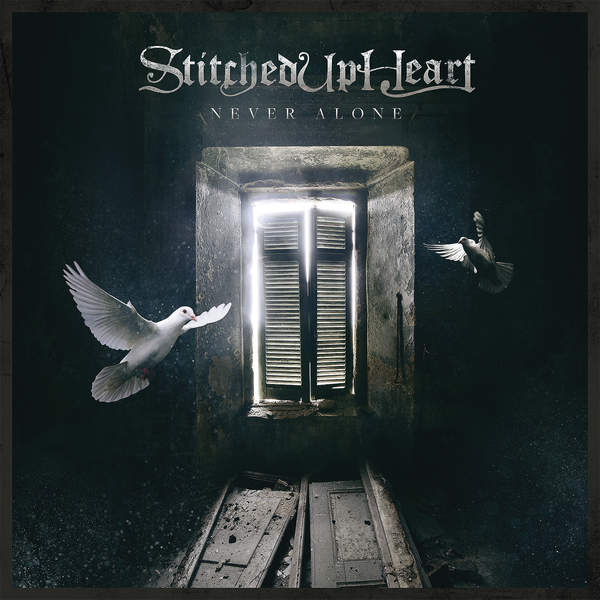