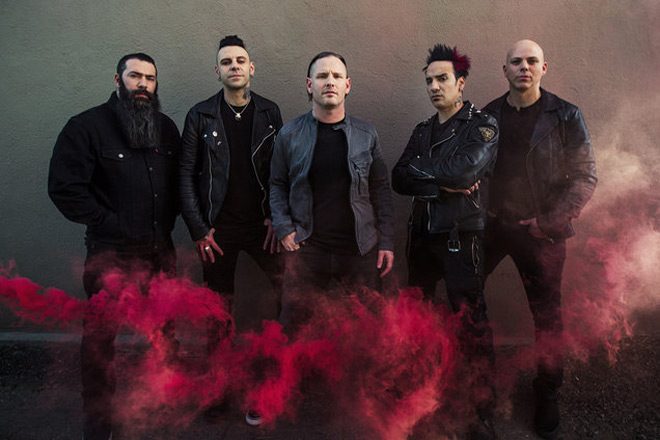 Those who claim to love Rock-n-Roll music and yet do not know who Corey Taylor is have experienced a misstep in their musical education! As the lead vocalist of arguably the world’s most popular Metal band, Slipknot, Taylor arose from rural Iowa some twenty-two years ago to begin a career in Metal that has seen him attain accruing awards and accolades across the globe.

Speaking of which, Taylor’s other successful band, Stone Sour, are set to return June 30, 2017 with their sixth studio effort, Hydrograd, via Roadrunner Records. In fact, established prior to Slipknot, Stone Sour made their eponymous debut in 2002, receiving two Grammy Award nominations right off the bat. Moving forward, 2006’s Come What(Ever) May followed, debuting at No. 1 on Billboard’s Rock Albums chart. It was followed by 2010’s Audio Secrecy and the monumental House Of Gold & Bones Parts 1 & 2, released in 2012 and 2013 respectively.

Now there is Hydrograd. Produced by Jay Ruston, the fifteen-song collection sees Stone Sour – Taylor (vocals), Josh Rand (guitar), Christian Martucci (guitar), Johnny Chow (bass), and Roy Mayorga (drums) – referencing the Hard Rock and Heavy Metal days of yore: simple yet massive sounds that are anchored by Taylor’s soaring vocals and the band’s stellar musicianship. It fits perfectly, as Taylor has recently stated that this was an album born in the garage.

Hydrograd begins its journey with the ominous and yet impressive musical introduction that is “YSIF.” It leads the band into – possibly the best-titled track – “Taipei Person – Allah Tea,” a superbly catchy tour de force that races forward with classic Metal guitars, gang vocals, and a fully infectious Arena Rock sound. The multi-layered, massive sucker-punch to the senses that is “Knievel Has Landed” follows, alongside the sludgy Hard Rocker and titular track “Hydrograd.” “I’m not better than you, I’m just better!” Taylor proclaims triumphantly, somewhat sarcastically.

While it may seem a bit left-field, Taylor’s characteristic, gritty vocals soar as he sings of taking a chance on love in “Song #3.” “Did I save you? Because I know you saved me too!,” he sings in this risky rocker that pays off big-time, showcasing a band who are willing to take a chance on a great song, as well as a good woman. Speaking of superb material that references yesteryear, there is a lyrical reference to Rolling Stones’ “Its only rock & roll (but I like it)” in the lines of “Fabuless,” a heavy attack with an absolutely hysterical video that must be viewed.

There is a surreality to “The Witness Trees” that sees the band meandering through the looking glass, while the Arena Rocker “Rose Red Violent Blue (This Song Is Dumb & So Am I)” sees the band lighten up their sound in favor of some seriously ironic lyrics. Straight-up rocker “Thank God It’s Over” highlights Taylor’s vocals, as well as the band’s stellar musicianship. Then there is the bizarre “St. Marie” which is an acoustic romp through Country music, complete with slide guitar. Thankfully, the infectious “Mercy” picks the pace right back up and moves the band past Kid Rock territory. What remains of the album is a mixed-bag: from one of the collection’s heaviest stompers, “Whiplash Pants,” to album closer, the over six-minute long melancholic, atmospheric “When The Fever Broke.”

At fifteen songs in-length (and more on Bonus Track editions), Hydrograd is a lengthy album that spans the board of Hard Rock and Metal, with deliciously old-school elements that reference everything from Led Zeppelin to early Metallica, making this a bit of a sonic throwback record. Which is absolutely not to suggest that Hydrograd sounds like it was recorded in 1984, no: this is a deliciously massive, modern take on nostalgic Metal. For these reasons, CrypticRock give Stone Sour’s Hydrograd 4 of 5 stars. 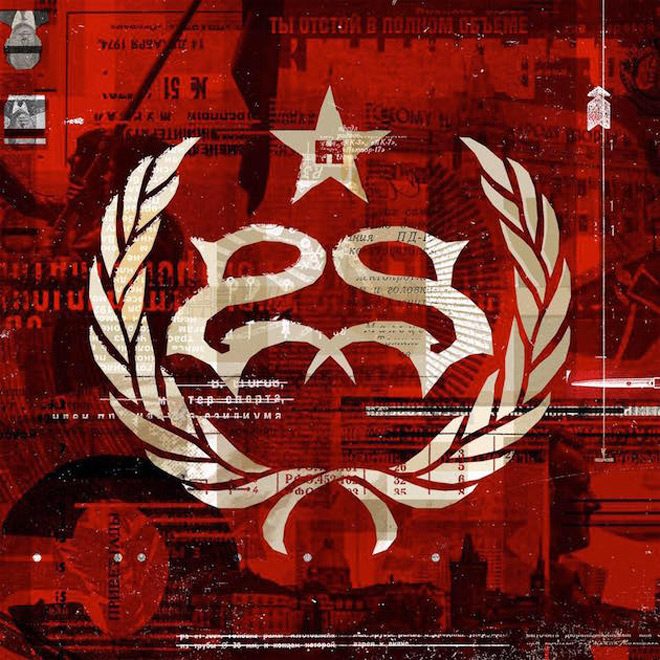 Stone Sour are currently touring alongside Korn on The Serenity of Summer Tour. See StoneSour.com for details and dates.