Growing up, the age old question for many children was, “Where do babies come from?” Well, the answer was quite simple, “The stork delivers them to Mommy and Daddy.” Unfortunately, times have changed and this innocent and fun story has lost its way into the hearts of modern children. 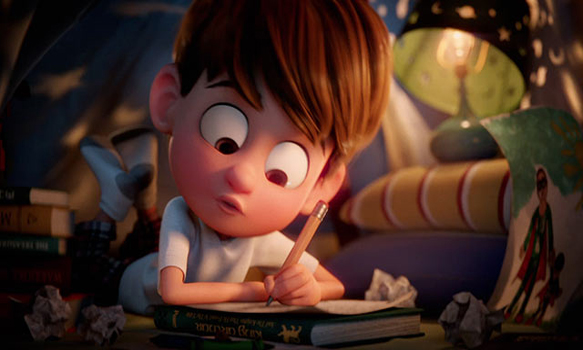 The story revolves around the fact that the storks stopped delivering babies years ago, all because of an incident where one stork fell in love with a baby and reportedly would not give it up. Changing the course of their jobs, the storks formed a new company, called Cornerstore. Cornerstore becomes a mega empire where the storks are put to work delivering consumer goods to homes, rather than cute little babies. Then there is Junior (Samberg), a top delivery stork looking to become the new boss of Cornerstore. Unfortunately for Junior, he is given the unsavory task by CEO Hunter (Grammer) to fire Tulip (Crown) from the company. Who is Tulip? Tulip is the little baby way back when which never made it to her parents because of the unfortunate incident with Jasper (Trejo), the stork who did not want to give her up.

Set out to let Tulip go, an unforeseen accident happens and, all of a sudden, the baby factory is operational once more. Really an accident provoked by Tulip, a baby is popped out and now she and Junior are faced with the task of delivering the baby to the parents. For Tulip, it is something exciting and new, for Junior, it starts out as more of a cover up so he can save his pending boss position. Meanwhile, a little boy named Nate Gardner (Anton Starkman: American Horror Story series, Teen Wolf series) is feeling lonely since, like many modern families, his parents are busy at work trying to support the household. Nate wants a sibling and, in fact, was the one who sent Tulip the letter at the Cornerstore requesting a baby brother. Believing his letter will be answered, he admittedly begins to prepare for the delivery of the baby by building an awesome slide on the roof of the house. Gaining his father’s attention (Burrell), Henry, at first, only promises five minutes of his time to help his son Nate. Caught up in the fun of spending time with his son, the five minutes turn into a full on project, one which sucks Sarah (Aniston), his mom,  in as well. Sure, Mom and Dad think it is all fun and games, but they are discovering the joy of it all with her attention deprived son. 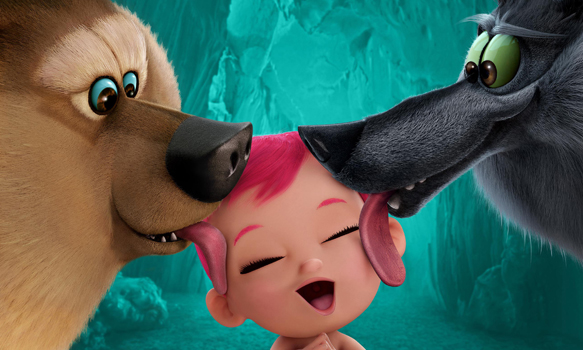 Meanwhile, Tulip and Junior set out on a wacky adventure to delivery the baby to the Gardner family. In the process, they have a series of crazy experiences including an encounter with a goofy pack of wolves lead by Alpha (Keegan-Michael Key) and Beta (Jordan Peele), and realize they are more than just co-workers. United by the baby they are delivering, named Diamond Destiny by Tulip, they begin to develop a friendship, or better yet, a family bond. Working together, the two face a ton of challenges along the way, trying to derail their quest, but do they finally delivery baby Diamond Destiny to her parents? In addition, does Tulip finally become united with her family after all these years? 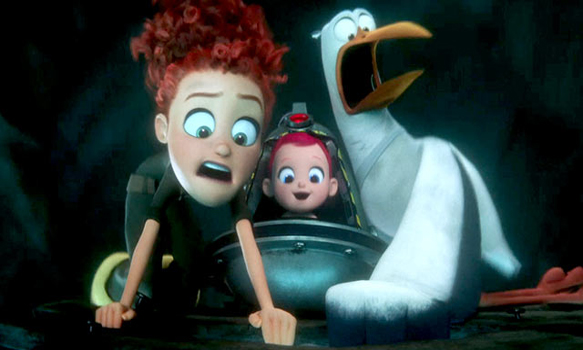 Storks is an adorable story that emphasizes the importance of family. Most of all, it reminds us that with all the distractions in the modern world, if we do not stop every once in awhile to spend time with those we love, we will miss it all. The reintroduction of storks delivering babies is a delightful success filled with a ton of laughs, heartwarming moments, and yes, even some tear-jerking ones. Fun for the whole family, and a chance to reconnect with one another, CrypticRock gives Storks 5 out of 5 stars. 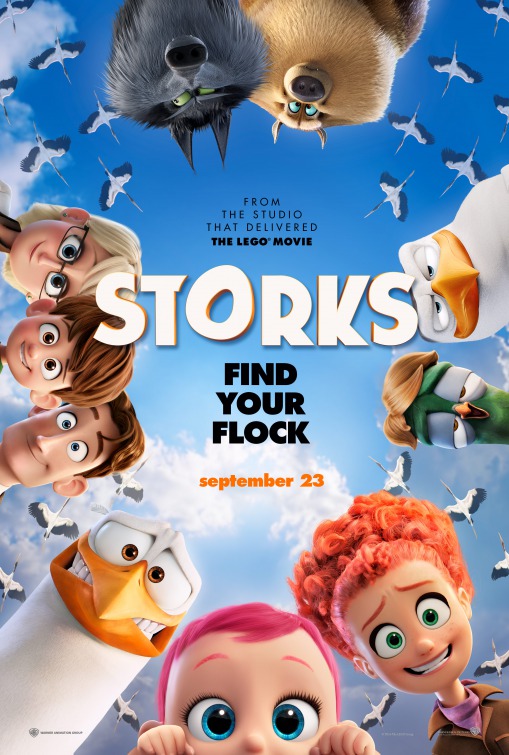