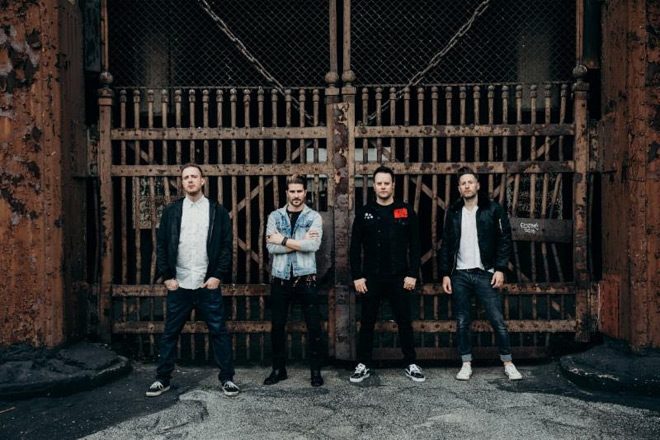 Formed in St. Louis, Missouri, beneath the golden arch, circa 2000, Story Of The Year (SOTY to their anointed) can be at once considered Emo, Post-Hardcore, Pop-Punk, Hard Rock, and Alternative Rock. Originally named Big Blue Monkey, the boys would change their name and go on to release four albums over the next seven years, ranging from their phenomenal 2002 debut Page Avenue to 2010’s The Constant.

Touring the world, the band has partaken in stints on the Vans Warped Tour, Taste of Chaos, and, most recently, Warped Rewind at Sea, as well as sharing stages with the likes of Atreyu, The Used, P.O.D., Good Charlotte, Silverstein, and, of course, the now-defunct Letter Kills.

The album opens to its namesake, a 52-second video-game soundtrack-worthy introduction that presents a clock chiming as someone bicycles, out of breath, then runs from a pack of howling wolves. This moves into the proper first track, “How Can We Go On,” a gritty but infectiously anthemic rocker that kicks in and evaporates time; and Story of the Year sounds as though not a day has passed since 2002’s Page Avenue debut. In fact, if the 2002-2003 Warped Tour line-ups remain your sonic wet dream, Story Of The Year have truly crafted an ear-wolf to force a smile upon your fangs!

“Bang Bang” is the siren’s spell that lures listeners into this collection, a truly infectious kiss that is like a bullet straight to the ears. Next, “Youth” – a killer 51-second guitar solo from Phillips that sounds like 1989 in a bottle – builds into “I Swear I’m Okay,” where the ‘80s continue to reign with Stadium Rock sonics that dance alongside the emotional confession that, yes, for better or worse, we often turn into our parents with lyrics such as “I can tell myself that I am not my father / But it seems that I get closer every year.”

There is a gritty punch to “Miracle” that is darker and yet still entirely infectious, with the band rocking out to the chorus line: “I need this more than you know / I need a miracle / Tell me I’m not alone / Please don’t let me go.” With funky, dreamy keys and electronic beats blending into the mix, this is a stand-out, not to be missed track. It flows perfectly into the catchy little number “Can Anybody Hear Me?” which somehow possesses a sparkling Glam Rock vibe. This moves the foursome into the beautiful sentiments of “A Part of Me,” which could be a wishy-washy ballad in appreciation of those that make us better, but instead is a sonically moodier, haunting atmosphere with wooly-soft vocals. Mr. Marsala, how do you still sound nineteen?

“Give Up My Heart” is a soaring, yet still gently rocking love song for a child from their father that delivers the boys into “The Eternal Battle For Mike Cronin’s Soul (To Be Alive Again).” There is a candid confessional baked into this epic offering, which, interestingly, cycles back to the “Wolves” intro. Synth beats weave around Marsala’s screams on this catchy, superbly-orchestrated reminder that this is a band worth rocking out to until the day you die.

What follows are generally less-memorable, but still solid tracks: from the triumphant celebration of “My Home,” to the superb guitar-work of “Goodnight, My Love,” and the electronically-anchored, glitzy confessional “Like Ghosts.” Meanwhile, the over-seven-minute “Praying for Rain” is a dirge-y journey that meanders across genres and at times evokes Deftones, but is wholly melodic – with a Spoken Word add-on – and serves as a stellar finale to an impressive ‘comeback,’ if that is what we should term Wolves.

Wolves is a personal and reflective collection that sees the band delving deeper than they have before into the roller-coaster of life. For die-hard fans of SOTY, it does not disappoint; while for Page Avenue-era holdouts, the album is also a positive note to sing. In truth, Wolves sees Story Of The Year sounding more Good Charlotte 2016 than The Used 2002. Do you scene kids follow? It is not a bad thing: it is a maturity that has led the boys to move from borderline Screamo moments to melodic rockers that borders on, gasp, Pop sensibilities.

Overall, the album offers a varied course to chew with a heart open to stories of yesteryear with sonic homages to the late ‘80s, early 2000s, and a deliciously amalgamated 2017 sound. One can only presume that radio-friendly is the story of 2017! Happy to howl along, CrypticRock give Story of the Year’s Wolves 4 of 5 stars. 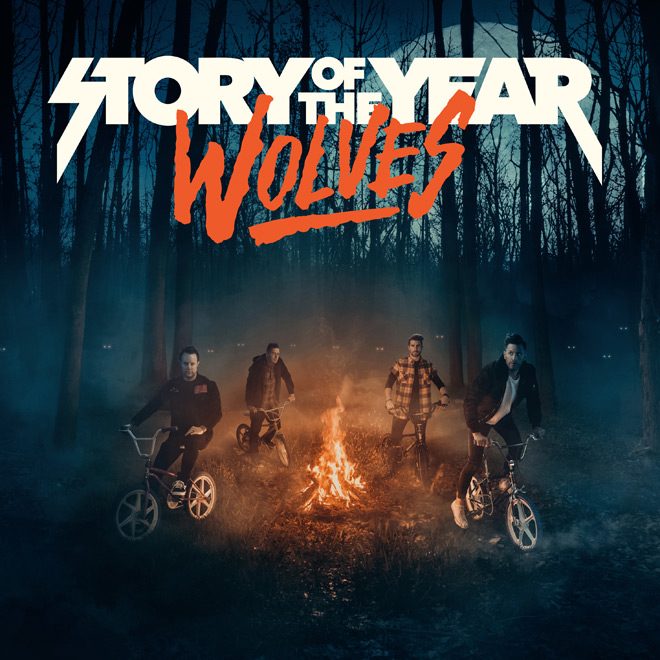