In recent years, Netflix branched out from strictly DVD rentals to streaming various TV series, many which have been successful – House of Cards and Orange is the New Black to name a few. In July 2016, they released their latest project, titled Stranger Things, created by Matt and Ross Duffer. The results would take Horror/Sci-Fi lovers by storm, as the story was a refreshing balance of both genre’s, while paying homage to ’80s Pop culture. 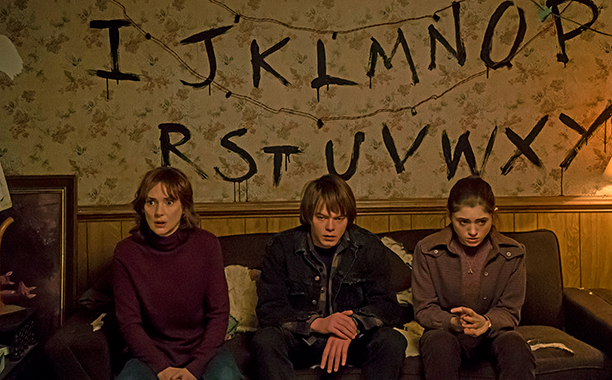 Still from Netflix’s Stranger Things -“Chapter One: The Vanishing of Will Byers”

Will’s mom, Joyce (Winona Ryder: Edward Scissorhands 1990, Black Swan 2010), is understandably frantic, but starts to raise eyebrows when she insists she can communicate with her youngest son through the lights, which quickly deems her as going crazy. The boys decide to take matters into their own hands, and look for Will themselves. On their search, they encounter a girl of the same age who goes by Eleven (Millie Bobby Brown: Intruders TV series, Once Upon a Time in wonderland TV series), alone and clearly running from something. The boys soon discover she is no ordinary girl, possessing abilities that make her dangerous, but also useful in finding Will.

In other parts of the town, other people begin experiencing strange happenings that broaden the investigation. Once the pieces start to connect, they must work together to not only bring back their loved ones, but to rid the world of the supernatural evil that haunts them. 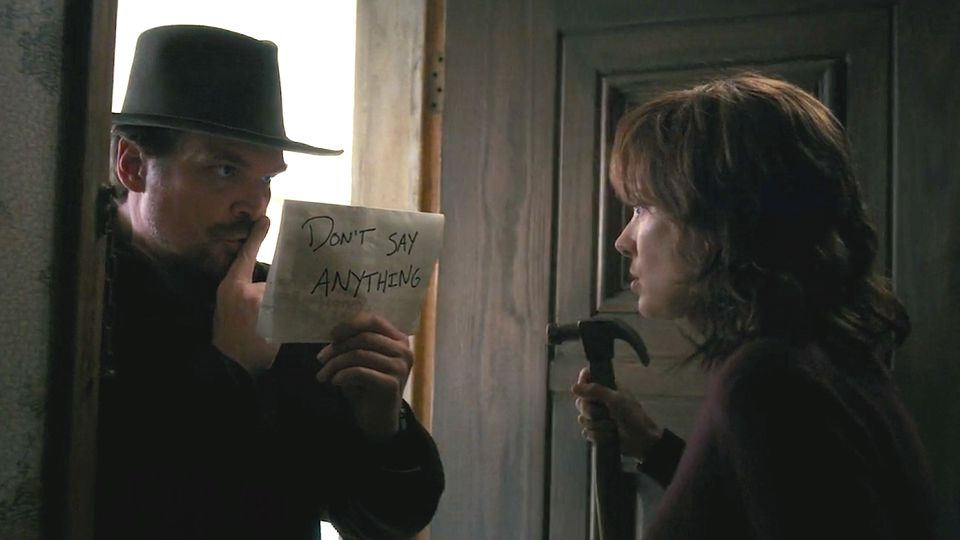 Still from Netflix’s Stranger Things – “Chapter Five: The Flea and the Acrobat”

The Duffer brothers, known for Vessel and We All Fall Down, as well as the more recent Hidden and Wayward Pines, truly impressed with this beautiful work of art. Every aspect was on point, from the sets, to the graphics, and most importantly, the character development. The story had a wonderful flow, having a perfect balance of story and action without ever dragging. The most memorable were the strong characters, especially the children, not only for their adorable innocence, but the simple fact that they were so relatable.

The nod to various Pop culture fiction from the ’80s was beyond impressive. From Stephen King’s works, to Goonies, E.T., Alien, a genre fan could lose count on the references mentioned throughout the entire series. Most Netflix viewers have admitted they were immediately captivated by the show, and binged the entire eight episodes in just a single day.

Once again, the children mostly carried the story, facing this dangerous adventure head-on, while maintaining their 12 year old mentality, having moments most of the audience could relate to. David Harbour as Sheriff Jim Hopper (character name admittedly taken from Predator) was a great addition to the cast, having a crucial role in the story. His overly curious mind along with his wisecrack mouth was a great balance from the kids perspective, which eventually connects. His tragic story is also represented throughout, giving the audience just enough detail without ever taking away from the main plot. Matthew Modine played Dr Martin Brenner, the head of the group organization involved in the supernatural events. He portrayed the type of villain that was always calm, never raising his voice or hesitating to let anything stand in his way, which really worked, giving off the dark and creepy vibe. 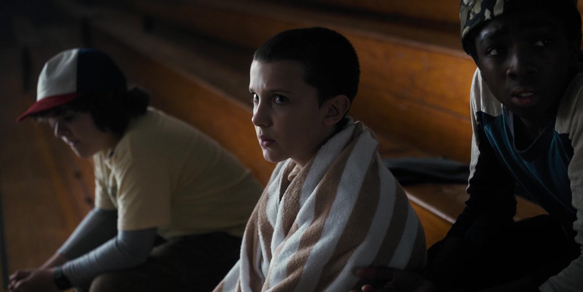 Still from Netflix’s Stranger Things – “Chapter Eight: The Upside Down”

Winona Ryder’s performance of Will’s distraught mother has been thought to be a tad over-acted by some, but experiencing a missing child followed immediately by a series of unexplainable events should be expected to drive a fairly sane person crazy. That being said, she portrayed her character like any mother refusing to give up on their child, which was copacetic to the mood of the plot. A huge applause should go to Millie Bobby Brown, who played Eleven. As an actually 11 year old, she was asked to shave her head, a traumatizing matter for most young girls, but agreed to do so, using Charlize Theron in Mad Max as her inspiration. Her characters experiences prior to meeting the boys gave her an innocence that made you want to hug her, and her unique skill set made her the most badass over all. Brown was able to pull this off flawlessly, and it would be great to see more of her in future projects.

Overall, this was a fantastic journey fans hope to continue. The Duffer brothers did an amazing job on all angles – the characters were believable, the setting meshed with the intended time frame, and all the “Easter Eggs” related to ’80s Pop culture were fun to point out, making the show worthy to watch again and again. With talks of a second season already, it is safe to say that Stranger Things is the latest successful stream on Netflix, and fans are eager for more. CrypticRock gives Stranger Things 5 out of 5 stars. 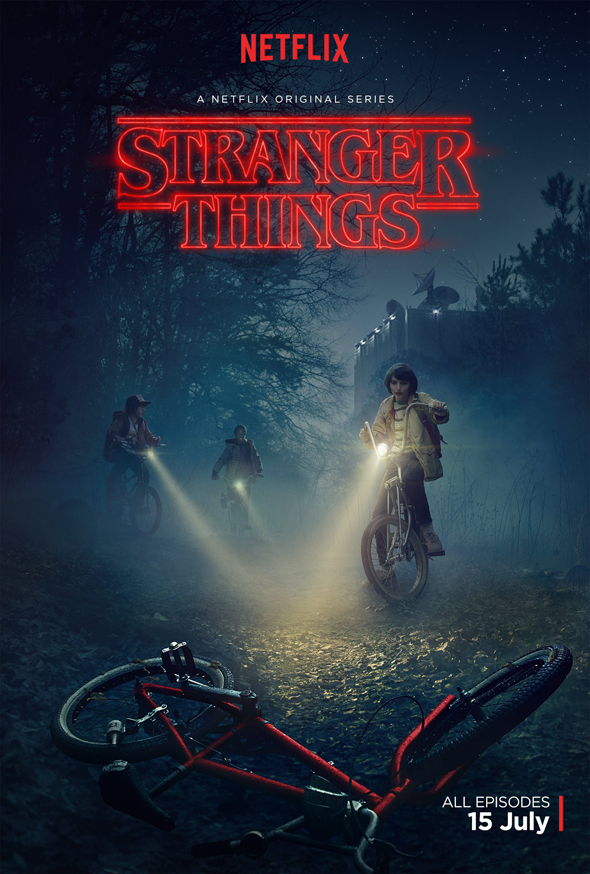