The second season of the Netflix original Stranger Things had some pretty big shoes to fill, capturing a wide variety of fans just mere weeks afters its original release. Using the same charm from the first season, the next set of chapters from The Duffer Brothers did not disappoint, delivering yet another brilliant masterpiece in nine episodes. Released on October 27, 2017, Season Two continues the strange and unusual story just as before, capturing the look and feel of the 1980s, while introducing new characters, adventures, and threats. 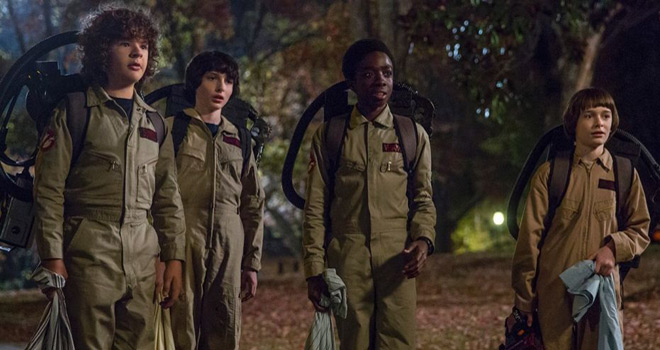 Picking up around a year after the events of Season One, Will Byers still deals with the trauma of being in the Upside Down, a new set of scientists at Hawkins Lab trying to make sense of everything that happened. The situation only gets worse when Will begins having episodes, transitioning back and forth to the Upside Down and the real world randomly. A huge figure haunts and eventually possesses him, while his family and friends struggle to help him and simultaneously hide the truth.

After hiring private investigator Murray (Brett Gelman: The Other Guys 2010, A Very Harold & Kumar 3D Christmas 2011), Barb’s parents are hopeful again to find her, a situation Nancy (Natalia Dyer: Hannah Montana: The Movie 2009, Blue Like Jazz 2012) can no longer live with. Her and Jonathan (Charlie Heaton: Shut In 2016, The New Mutants 2018) come up with a plan to unveil the lab and their wrong doings once and for all. Meanwhile, a new discovery by Dustin (Gaten Matarazzo: The Blacklist series) helps connect just how far the lab’s mistakes go, and run into more problems when he tries to contain it.

After defeating the Demogorgon and separating from the boys, Eleven (Millie Bobby Brown: Once Upon a Time in Wonderland  series, Intruders series) has been hiding out with Jim Hopper (David Harbour: Revolutionary Road 2008, End of Watch 2012). She uses her talents to track down her family and discover more about her past. Realizing her friends are in trouble, she heads back to set things right and keep them out of harm’s way, at least, for now. 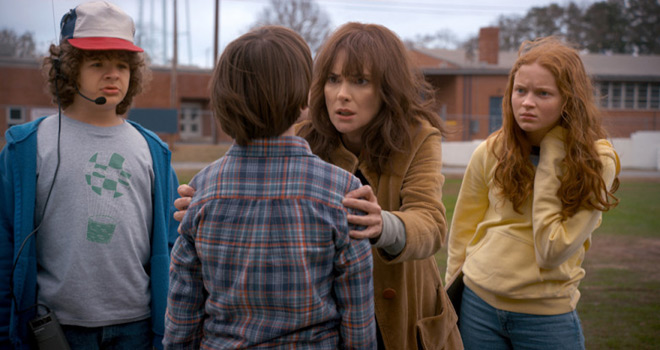 The pace of Season Two moved along fluidly, never taking away from the main conflict, coming full circle all the way to the end. The help of a bitchin’ soundtrack helped add to the ambience, including songs such as Bon Jovi’s “Runaway,” Cyndi Lauper’s “Time After Time,” The Clash’s “Should I Stay Or Should I Go,” and “Every Breath You Take” by The Police to name a few. Along with the dangers the characters had to face, the quirky and nerdy humor was very much a part of the dialogue, the characters even more likable than before. Fused with the story were pokes at 1984 pop culture, examples like Dig Dug, Ghostbusters, The Warriors, and The Goonies, all fun Easter eggs for the nerdiest of fans. Additionally, the camera angles play a key element for Season Two as well, many scenes turning 180 degrees to constantly remind of the main threat, the Upside Down, adding a nice touch of cinematography.

Facing these dangers together yet again, the chemistry between the characters was stronger than ever, each complementing the acting from one to the next. Noah Schnapp as Will Byers was convincingly brilliant, playing the part of two characters in one, an impressive feat for the 15 year old. Brown, who portrays Eleven, pushed her character to the max, defining exactly how badass she is, no longer a lab rat getting poked and prodded. It was clear how much Mike (Finn Wolfhard: Supernatural series, It 2017) and Eleven missed each other, their first and last scene together adorably heartwarming. 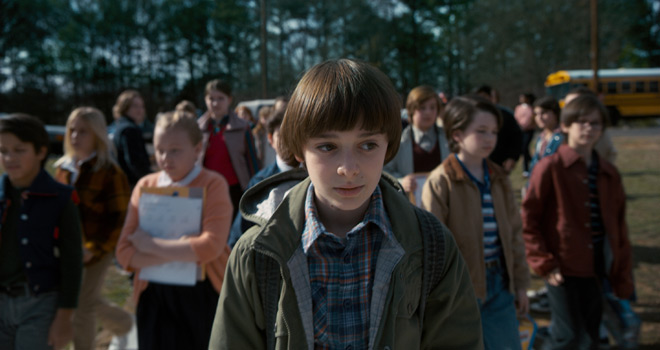 Along with the familiar cast, new characters introduced in the second season helped contribute to the story. The new girl “Mad Max” Maxine Mayfair (Sadie Sink: The Bleeder 2016, The Glass Castle 2017) and her wild and angry step brother Billy (Dacre Montgomery: Better Watch Out 2016, Power Rangers 2017) were great additions to the cast, and it will be interesting to see them in future episodes. A small poke at 1885’s The Goonies surely could not be resisted with Sean Astin joining the season as Joyce’s new boyfriend, Bob “The Brain” Newby. A short side story involving Kali (Linnea Berthelsen: The Desert mini-series), another gifted escapee project from Hawkin’s Lab, is sure to pop up again.

Although things seem to wrap up in Season Two of Stranger Things, they certainly did not close every gate, the end scene displaying that danger is still very close by. The Duffer Brothers have said they plan to end this story by Season Four, so fans can expect quite a few more episodes with these characters. Hopefully they won’t drive themselves into the Upside Down in anticipation, but the wait is sure to be worth it if Stranger Things continues to captivate its audience. Eager for more, CrypticRock gives Stranger Things’ second season 5 out of 5 stars. 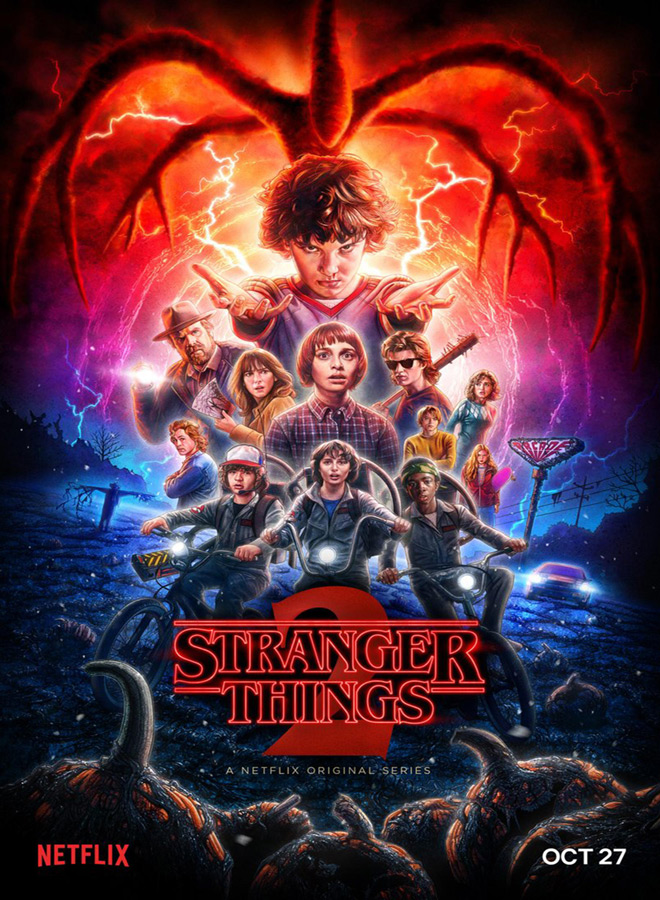