To enter certain careers, one must undergo a test that displays an aptitude for the subject; not everyone can join the Air Force or operate on a still-beating heart. If anyone could walk in off the street, demand a retainer, and start defending criminals, the august reputation of the practice of law would be tarnished, debased, and eventually turned into an app. Directors of film should have to undergo a similar test. Film school should be required for a person to create a film because what we are witnessing today in film is “cinematic litter” and as a result, the ocean is now full of trash. While not altogether bad, it cheapens the experience of film and drags worthwhile ones down to that common water level. 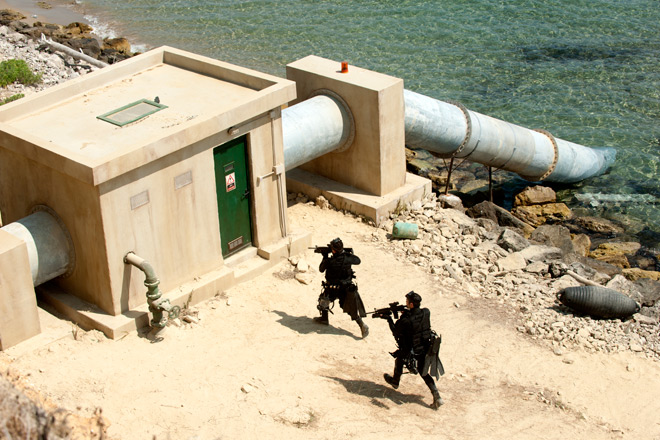 Stratton, directed by Simon West (Con Air 1997, The Expendables 2 2012), was released in France last April by GFM Films and Stratton Film Productions, with its American release – via select theaters, as well as VOD platforms and Digital HD – set for January 5th, 2018 thanks to Momentum Pictures. Henry Cavill (Justice League 2017, The Man From U.N.C.L.E 2015) was set to play the eponymous role, but backed out a week prior to principal photography, citing irreconcilable creative differences. Dominic Cooper (Preacher series, Abraham Lincoln Vampire Hunter 2012) stepped in to play the lead role, and at length, two years later, it was released.

The story, based on a series of books by former seaman Duncan Falconer, follows a British naval unit called the Special Boat Service (SBS), and namely, a maverick officer named John Stratton, played adequately by Cooper. After a beloved crewman and partner is killed by an elusive terrorist during an operation gone awry, Stratton chases this clever insurgent through shell-shocked Iran and the romantic waterways of Rome, with the chase culminating in the bustling streets of London where the terrorist’s arbitrarily diabolical plan is unraveled.

The film also stars the ever-poignant Connie Nielsen (The Devil’s Advocate 1997, Wonder Woman 2017) as the benignly suspicious director of the SBS; the brilliant and legendary Derek Jacobi (Brother Cadfael series, The King’s Speech 2010) as Stratton’s cantankerous father-figure; and Tom Felton (Harry Potter series, Rise Of The Planet Of The Apes 2011) as a reconnaissance hacker with ulterior motives. 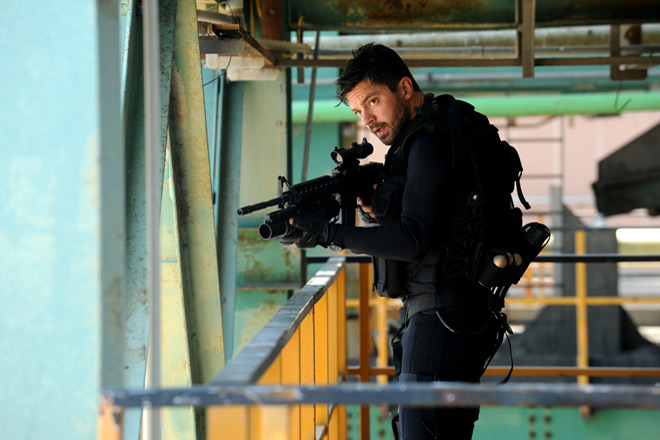 No one in Stratton puts forth much of an effort, from the screenwriters to the actors to the visual artists. It seemed that everyone was already tired of the production of the film while they were in the middle of it; even the year-and-a-half of post-production is indicative of feet-dragging. The story is pre-fabricated and hackneyed, the characters are woefully underdeveloped, actors are misused, and the visual effects are Clinton-era, yet for some reason it is still strangely watchable. Perhaps it scratches some primordial itch for violence. Perhaps it satiates an idle curiosity about the military of our estranged cousins across the pond. More likely, it is due to the effortless likeability of the cast, due to the other films and shows they have been in.

Despite the actors virtually having text bubbles above their heads that say, “I’d rather be anywhere else,” one thing that stands out is the quality of the production. Directly out of the gate, the audience is doused with action. There are helicopter gunships battling trucks along the Strait of Hormuz, bullet-riddled boat and car chases through the murky canals and stony streets of Rome, and the coup de grâce: an iconic red, double-decker London bus is tipped over, albeit unbelievably with a military standard-issue grenade. The very fact that many of these scenes were shot on location with this caliber of cast is a testament to just how much money was behind this production. Furthermore, the fact that there was so much money behind Stratton and so little care was given to other aspects of the film is heartbreaking. The potential was so high but the lackluster direction was the iron ball chained to its ankle. 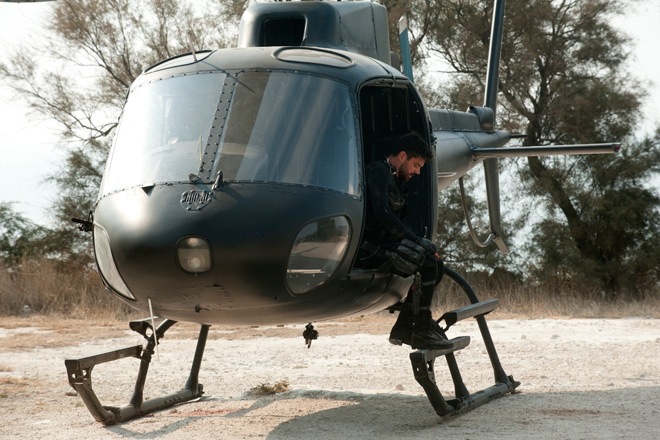 Unfortunately, today’s action film-market is supersaturated with lukewarm, middling efforts like Stratton and big-budget-yet-lightweight superhero films. Both are engaging enough to stave off abject boredom, but leave many audiences empty and they exit the collective memory of society shortly after their credits roll. With special effects technology becoming so accessible and approachable, these movies flow and never seem to ebb. Films like Stratton are easily forgotten, but there is an inexhaustible river of them and great action films like 2017’s Mayhem, The Foreigner, and Bushwick drown in that deluge. For some action-packed moments that snap you out of listlessness, CrypticRock awards Stratton 2.5 out of 5 stars. 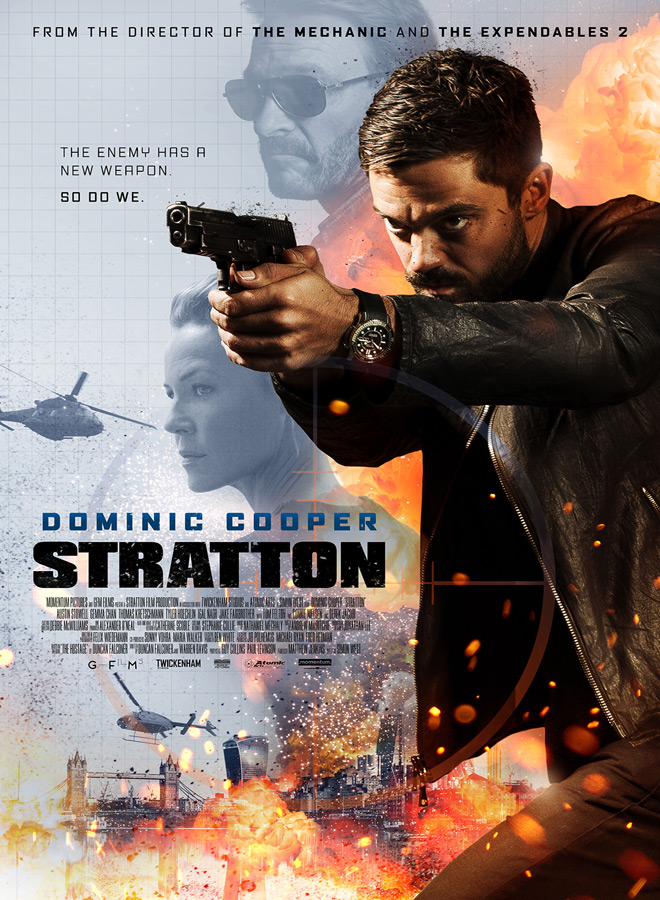