Time to put aside your daddy issues and break out your dollar bills, ya’ll. The Horror/Thriller Strip Club Massacre arrived on VOD everywhere on May 2, 2017, thanks to Brain Damage Films and Midnight Releasing. DVD copies of the film are also now available exclusively through Amazon VOD. 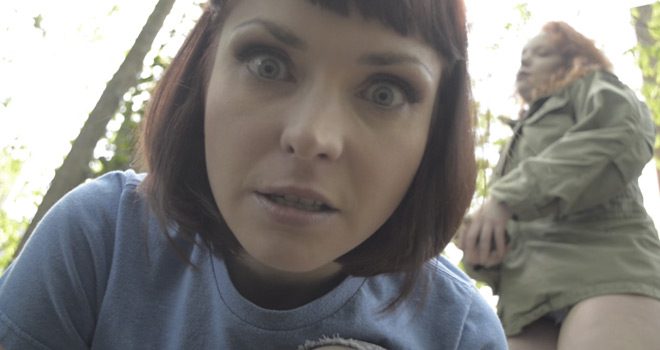 Strip Club Massacre revolves around Megan – Alicia Watson in her debut acting role –  a seriously down-on-her-luck gal who has just lost her job and walked in on her boyfriend schtupping her roommate-cum-landlord all in the span of a few hours. Out a job and now homeless, Megan phones up her old friend Amanda – Courtney Riggs in her acting debut – and receives an invite to come visit her friend’s palatial Georgian home.

Viewers quickly learn that Amanda’s hot digs are thanks to her man Bobby (Stefan Rollins: Water for Elephants 2011, Powers 2016), who co-owns the Tease Gentlemen’s Club. Predictably, it takes a matter of minutes for Bobby to kindly offer Megan a job at the club – as a cocktail waitress and not, the distinction is clearly made, one of the strippers. For her part as a good friend, Amanda adamantly disagrees with Megan even considering working at the club and her (good!) advice is solidly ignored.

Of course, Megan takes the job and, more so predictably, the strippers are catty bitches who give her hell. Their ringleader is Jazz (Erin Brown aka Misty Mundae: The Rage 2007, SpiderBabe 2003), an obnoxious coke-fiend who is known for having a bad attitude and an even worse temper. Cross Jazz and her crew and you might not live to regret it! When Megan decides to take the leap from waitress to stripper, tempers flare and the press-on nails come out! When poor Megan takes a boatload of additional, depressing hits – and trusts several of the wrong people – the end result just might be a bloodbath. 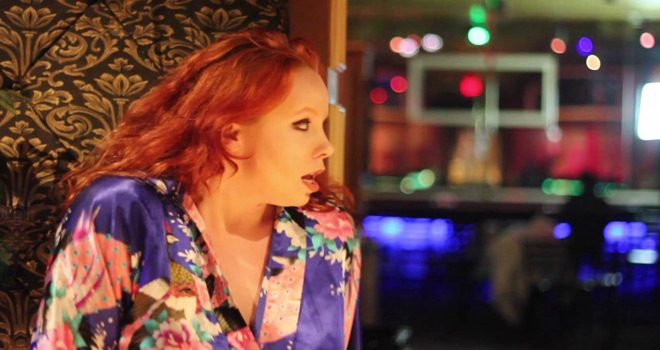 At 101 minutes in length, Strip Club Massacre is painfully drawn out. Emphasis on painfully. This tale of a woman scorned who turns (lame) vigilante reads like a bad cross between a Lifetime Movie and grade-F schlock Horror with special effects worthy of a Kindergarten classroom. Bonus points for creative use of Chef Boyardee, however! The film is unrated but should be viewed as NC-17: there are boobs (yay!), profane, overtly sexual language (duh!), cocaine usage (snort!), a strap-on (ouch!), and lots of sodomy (zoinks!). Be warned!

In fact, it is hard to give much credit to anything in this disaster-piece of a film, but let us get the good out of the way first. Watson is not bad in her debut role as Megan, the 25 year-old woman who has been used and abused and trampled upon by life. By no means is this Watson’s major career break – and it will not see her winning any major awards – but she is not altogether bad in the poorly-crafted role. (Men, you will appreciate that she never seems to wear a bra!) However, Riggs, as best friend Amanda, absolutely shines!

Whether it is simply better acting chops, a slightly better role, or a much more massive personality, Amanda is the no-nonsense, candid friend that all women want. Whether she is making jokes about ‘going lesbian’ or brandishing a weapon, she is all sass all-the-time. Riggs is the true star of this nightmarish escapade! Several of the other actors do their poor roles some justice, including Brown as Jazz and Mark Law (Shadow of Darkness 2015, The Crooked Mind 2016) as John, co-owner of the strip club (Though he does make a major snafu in one of his first scenes, misspeaking “inclimated” instead of the actual word “acclimated”). 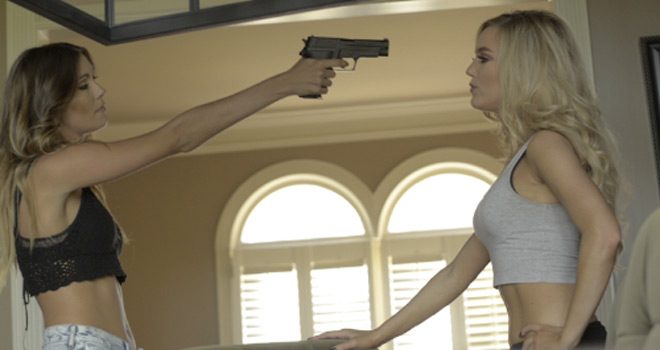 Director Bob Clark and Bruce Kilroy, creators of the Southern Soul Searchers series, joined forces to author a script that is seriously lacking and seems unbearable at 101-minutes in length. It does not take this length of time to have a woman lose her job and her lover; be abused by strippers and men; and then go insane for all of 10 minutes. Even these scenes of “savagery” are far too controlled, far too contrived; there is no real gore in a film that should be overloaded with theatrical blood spatter. If this was not enough, the lighting is poorly-handled, leaving the actors to look bleached out in some scenes and shiny like little disco balls in others; and even the audio work fuzzes out now and then. The problems here are just endless! Although, credit where credit is due, the soundtrack is not half bad and includes some promising young Metal bands.

When it comes to Strip Club Massacre, even some (unsatisfying) T&A cannot save a sinking ship. Unless you are a thirteen year-old boy desperate for boobs, this film fails on pretty much all levels. Certainly it was intended to be grade-B, schlocky fun Horror – of the “shitty, independent Horror films with all the titties, blood and the sex” ilk referenced in the film script itself – but the only fun here is when the whole nightmare comes to an end. For these reasons, CrypticRock give Strip Club Massacre 2 of 5 stars. 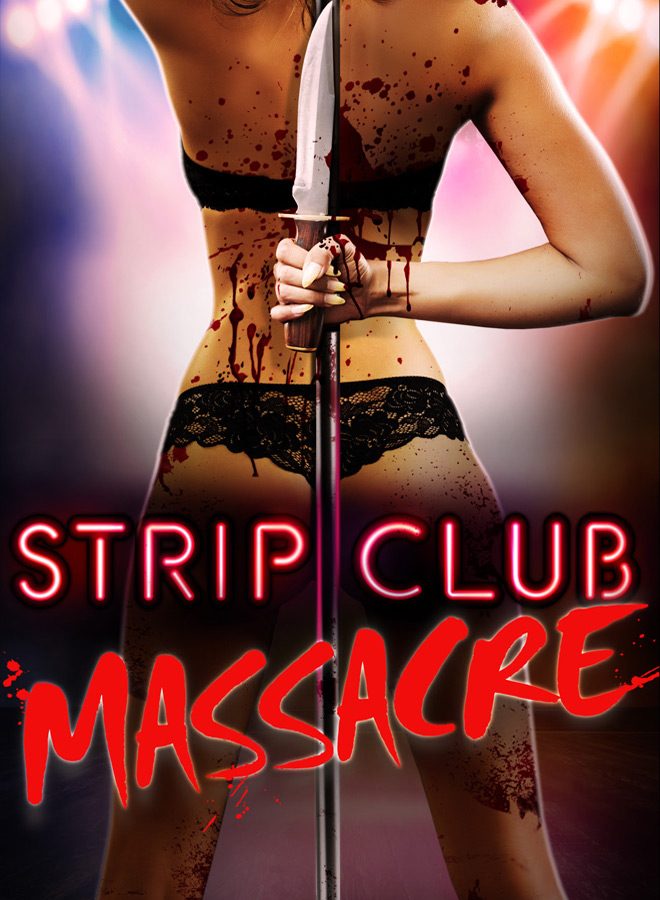