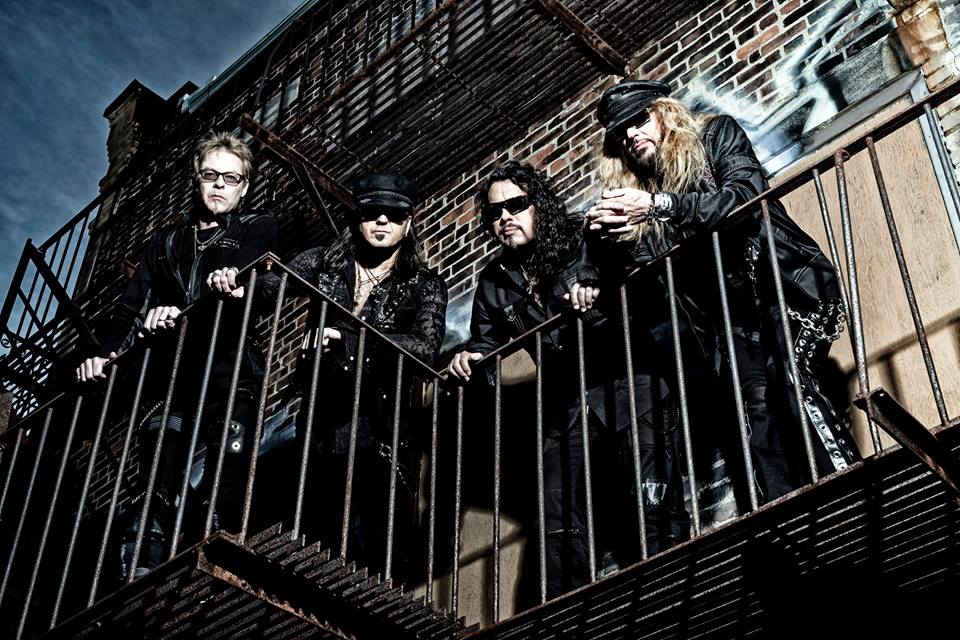 Originating in Southern California, Stryper has roots in the music industry dating back forty years. Originally forming in 1975 as Roxx Regime, Michael and Robert Sweet were on vocals/lead guitar and drums respectively, along with Eric Johnson on bass. Then, Oz Fox joined the fold on guitar, and in 1983 Stryper was born. Releasing 1984’s The Yellow and Black Attack EP to little fanfare, mostly because of their label’s cold feet at the possibility of a Christian Metal band being profitable, it was re-released two years later after the success of 1985’s Soldiers Under Command, and Stryper were well on the road to success. Going platinum in 1986 with To Hell with the Devil, two years later, In God We Trust went gold as the band continued to grow. Officially taking a break around 1992-93, many had thought Stryper was done for good. Then around the turn of the millennium, Stryper began to  resurface, and, since 2003 has been charging on all cylinders. Upon returning, 2005’s Reborn was released, returning the band to fans’ and critics’ good graces. Releasing a slew of records since then, Michael and Robert Sweet, Fox, as well as bassist Tim Gaines return with eleventh overall studio album on October 16th with Fallen. Their first studio record since 2013’s No More Hell to Pay, it is their third on Frontier Records and loaded with a ton of surprises for fans.

Fallen is a 12-track album of hardcore Metal worship beginning with “Yahweh,” co-written with Sevendust’s Clint Lowery; a six plus minute intense, riff-laden piece that chews up the time with its charging beat as Sweet sings about the Old Testament name for God. Next, the title track, “Fallen,” comes in on feedback that quickly turns into a choppy riff with an up-tempo beat as Sweet sings about the fall of Satan. Moving on, “Pride” begins with a strong riff and drums that carry the song with its mid-tempo beat as the piece warns against being prideful, because it holds us back from experiencing life fully. “Big Screen Lies” has a Funk vibe as the guitars wail in with a simple driving drumline that opens up as the song gets going as the band sings about televangelists stealing peoples’ money by twisting Christianity’s teachings to what people want to hear.

“Heaven” is another mid-tempo track with an anthemic flavor that has a melodic riff lead with drums that have a nice fill.  Sweet sings about eschewing the world’s twisted ideas of what makes people good for genuinely being good, and getting into Heaven. “Love You Like I Do” has a retro vibe with riffs to spare and an epic drumline that carries throughout to the warbled fade-out end in this piece of God’s unending love. Stryper gets their ballad on with “All Over Again.”  With sliding guitars and very light drums, this piece is the quintessential hands in the air track as Sweet sings about no regrets, because everything in life has a reason.  Black Sabbath’s “After Forever” is covered, which seems an odd choice, but listening to the lyrics, “Could it be you’re afraid of what your friends might say/If they knew you believe in God above,” listeners learn Sabbath was questioning listeners’ faith over how they might be thought of for said faith.

“Till I Get What I Need” has an infectious beat as the drums rattle bones and the guitars make heads bang in this tune of taking full advantage of everything life has to offer, so the listener can say life was not wasted.  “Let There Be Light” is a bit of a slower track, still with heavy guitars that still rock as the drums take on an alternating slow/faster tempo.  Sweet’s voice give an air of awe as he sings about the creation of the universe.  Playing around the retro vibe, “The Calling” has that powerful beat that makes Stryper’s music so catchy as the band sing that God calls everybody.  Finishing Fallen is the Rock Opera-ish “King of Kings” with its Metal beginning that turns into a soaring chorus before returning to Metal to finish out.

Stryper has retained their title as one of the premiere Metal bands. Fallen is a tight, well-composed collection of songs bound to please their fans, and perhaps open the eyes of younger Metalheads. Through the ups and downs, Michael Sweet and company still know what rocks, and Fallen is a winner. CrypticRock gives this album 5 out of 5 stars. 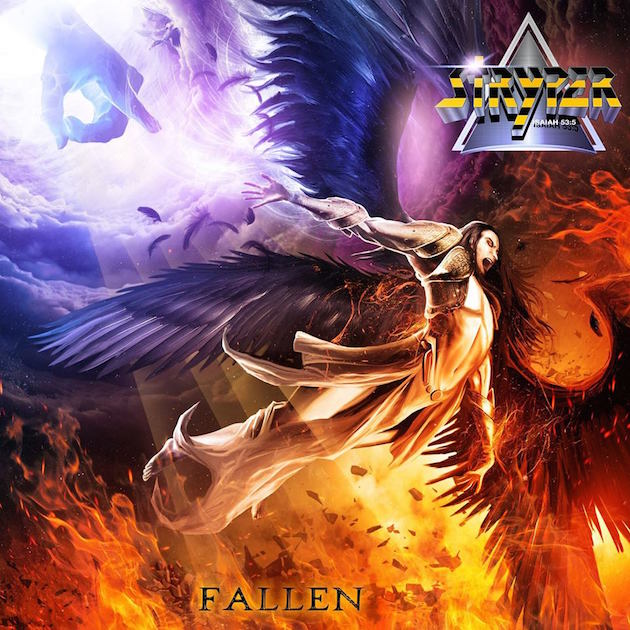