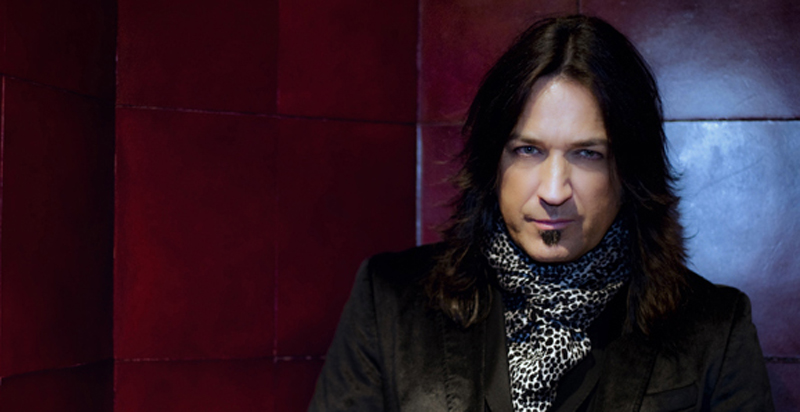 Michael Sweet, frontman for the multi-platinum rock band Stryper, will release a new full-length solo album, I’m Not Your Suicide, and his first autobiography, Honestly: My Life and Stryper Revealed, on May 6, 2014, via BIG3 Records. Fans can get a sneak peak at the album courtesy of the all-new lyric video for the song, “The Cause” – which premieres today at 12:00 p.m. EST exclusively at Loudwire, Noisecreep and NewReleaseTuesday. The new Michael Sweet website also launches today at www.michaelsweet.com with a free preview of Chapter One of the upcoming book.

Sweet is best known as the singer, guitarist, songwriter and producer for Christian rock pioneers Stryper, selling over 10 million albums worldwide. In addition to Stryper, Sweet has had a successful solo career, and he served as the guitarist and co-vocalist for the legendary classic rock band BOSTON from 2007-2011.

The future remains bright for a man who has endured heartbreaking tribulations throughout his life and career, including the 2009 passing of his wife of more than 22 years, Kyle. In 2010, Sweet remarried to Lisa Champagne-Sweet, a woman he describes as “a Godsend and the one who fits perfectly by my side.”

Sweet continues to record and tour with Stryper, as well as touring and recording as a solo artist, all the while making frequent trips to Nashville where he is writing with some of the biggest music writers in the business.

“After 30 years in this business, I feel honored and blessed to be able to continue doing what it is I love, making music,” said Sweet. “I’m extremely thankful to have the greatest fans in the world. God has blessed me with this talent and I plan to continue on this path as long as I can draw breath.”

• How Michael Sweet formed the first Christian rock band to hit #1 on MTV, paving the way for an entire genre of music.
• First-hand stories of the Sunset Strip, with never-before-told stories that include friends and musical peers such as Poison, Motley Crue, RATT, Whitesnake, Metallica and more.
• How Jimmy Swaggart and Jim and Tammy Faye Bakker played a role in Michael’s life.
• The temptations and ultimate low-points of a notable Christian rock star.
• Never-before-revealed stories of life behind the scenes in Stryper.
• Why so many people have declared Michael Sweet a significant influence on their lives; from Larry the Cable Guy to professional wrestler Chris Jericho to Haitian musician and politician Wyclef Jean and more.
• Losing his wife to cancer and re-marrying shortly thereafter.
• An honest look at Sweet’s often tumultuous family relationships.
• The unlikely relationship between Sweet and national radio personality Don Imus.
• What led to the decline and fall of Stryper in 1992, and subsequent reunion and re-birth in 2001.