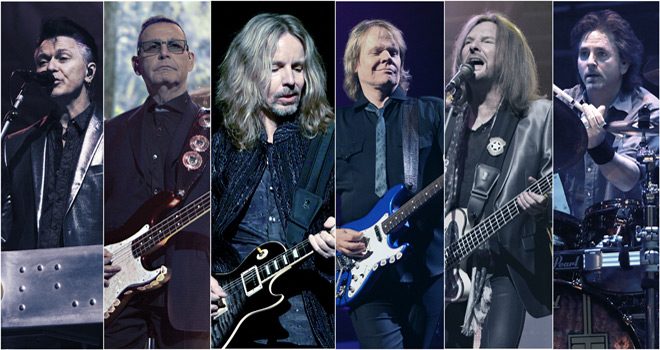 Most casual fans associate Styx with the power balladry of its classic songs such as “Lady,” “Come Sail Away,” “Babe,” and “The Best of Times.” However, little do many listeners know that the music of the enduring American band is geared more towards the sweet complexities and architectural structures of Progressive Rock. In fact, most of its albums are best characterized by songs with complex structures, extended interludes, and orchestral instrumentation beneath strong, melodic Pop sensibilities.

Released on June 16, 2017 via Alpha Dog 2T/UMe, The Mission is a return to the concept style that defined Styx’s works in the early ’80s; in particular, 1981’s Paradise Theatre and 1983’s Kilroy Was Here. With a storyline co-written by  Shaw and longtime collaborator Will Evankovich (Shaw/Blades, The Guess Who), Shaw states, “It’s our boldest, most emblematic album since Pieces of Eight.”

This in mind, apparently The Mission tells the story of a mission to the planet Mars. “Overture” customarily and aptly opens The Mission, serving as a prelude to the classic Progressive Rock sound of the ensuing “Gone Gone Gone.” The Martian trip slows down a bit with the rock-and-rollin’ “Hundred Million Miles from Home.” Then, a so-called spatial glitch ensues—lyrically speaking—as “Trouble at the Big Show” plays next.

The following triumvirate of “Locomotive,” “Radio Silence,” and the piano-led “The Greater Good” are a change of mood and pace, coming off as typical Glam Power ballads, complete with power chords, anthemic guitar interludes, complementary keyboard melodies, vocal harmonies, and catchy choruses.

“Time May Bend” returns the passenger to the overall rhythmic adventure of the album, albeit in a gradual buildup of instruments; only to calm down again with the dramatic entry of the next track, “Ten Thousand Ways.” By this time, the initiated is most likely already imagining certain referential sonic points such as Pink Floyd’s “Shine on You, Crazy Diamond,” The Who’s “Who Are You?,” Asia’s “Countdown to Zero,” and The Alan Parsons Project’s “Sirius.”

“Red Storm” is another Progressive Rock standard – engaging and structurally multi-textured; an ear-catcher for its alternating 5/4 and 6/4 time-signatures sections. A bit of “All Systems Stable” and then there proceeds the piano-dominated piece “Khedive,” which will remind any Classical-music aficionado of similar virtuosic piano works by the likes of Mozart, Bach, and Beethoven. The penultimate “The Outpost” is a countdown to the real liftoff to Solar System’s red planet – initially sounding Kraftwerk-ian influenced—a homage to Styx’s very own classic hit “Mr. Roboto;” and then launching into something progressive, melodic, and metallic. Finally, Styx finishes off its latest opus with the equally symphonic “Mission to Mars.” Space exploration mission, complete!

Many of its contemporaries tend to choose the presumed safe musical direction during the so-called twilight career of veteran bands like them by releasing commercially oriented albums—but not Styx. The Mission is both a homage to and a reassertion of the band’s Progressive Rock roots. CrypticRock gives it 5 out of 5 stars. 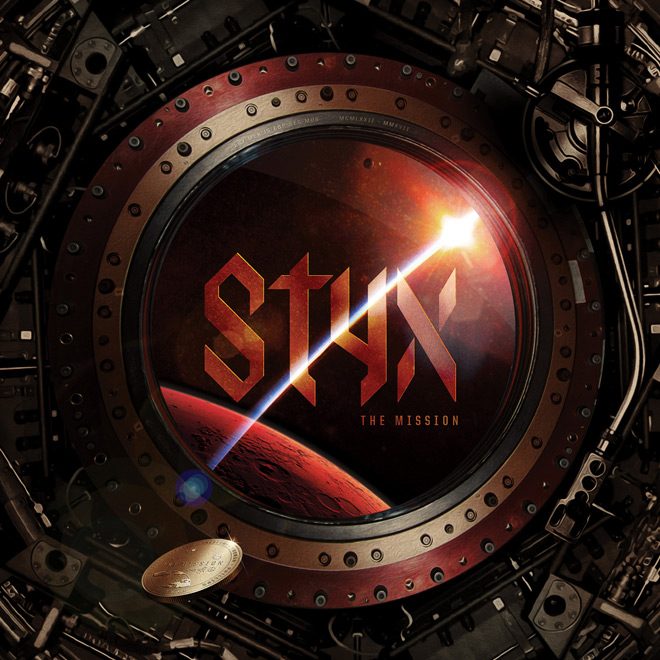