Director Steven C. Miller (Scream of the Banshee 2011, Silent Night 2012) and Writer Scott Milam (Mother’s Day 2010) brings the meaning of agoraphobia to a whole new level in Submerged. The Thriller combines suspense and action in ways few other movies with similar genre have. With its stellar cast including Jonathan Bennett (Mean Girls 2004, Cheaper by the Dozen 2 2005) as Matt, Talulah Riley (Pride & Prejudice 2005, Inception 2010) as Jessie, Rosa Salazar (Epic 2013, The Scorch Trials 2015) as Amanda, Samuel Hunt (Chicago P.D. 2014, ETXR 2014) as Brandon, Cody Christian (Pretty Little Liars 2010, The Starving Games 2013) as Dylan, Giles Matthey (Jobs 2013, Boulevard 2014) as Todd, Denzel Whitaker (Training Day 2001, Warrior 2011) as Eddie, and the über talented Actor, Director, and Producer Mario Van Peebles (New Jack City 1991, Ali 2001) as Hector, Submerged made its way straight into DVD and VOD on November 15, 2015 via IFC Midnight. With the production company Twisted Pictures, it is no surprise that Submerged captivated the audience with all its ninety-nine minutes of running time; suffice to say, Submerged did not submerge at all. 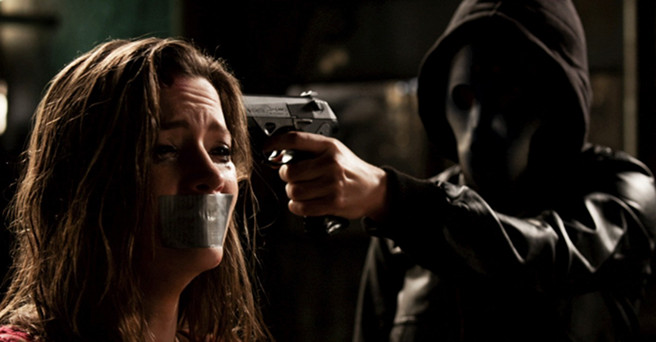 When Jessie, the daughter of a magnate who just recently fired hundreds of people is targeted, the family’s driver must do anything he can to protect her. What was supposed to be a fun night of clubbing turned out to be the worst night of their lives for Jessie and her friends – Amanda, Brandon, Todd, and Eddie. In a series of flashbacks, Submerged tells the story of Matt, and how he tries to protect the kids from multiple types of danger. Matt loses hope after his brother Dylan allegedly commits suicide and makes it his life objective to protect anyone he can. For an unknown reason, kidnappers are waiting for the limousine the friends were going in with the hopes of kidnapping Jessie. Matt loses control of the limo and is derailed into the lake where the vehicle sinks to the very bottom. The limousine has the latest features but even with the best protection, the water is slowly getting inside, submerging the vehicle even more. Tension rises as friends blame each other for what happen and even shots are fired inside the limo.

One things leads to another but not everyone is lucky enough to get out alive. Matt sees Jessie being taken away and follows them to save her. When Matt sees that Jessie is in the hands of the person he trusted the most, betrayal sinks in and Matt finds that offense is the best defense in that dangerous situation. Will he be able to save Jessie or will he be submerged by yet another bad, metaphorical situation?

There are a lot of films where fillers take about 60% of all running time, making the movie lack originality, Submerged is not one of them; it has a lot more than action to give. Submerged gives its audience action, drama, suspense, and even horror due to its psychological depiction. Although the actors are not very well-known in the industry for doing big-budget films, they were able to make the movie more believable with their incredible acting. Moreover, the cinematography was taken less serious when it came to graphics, but the producers knew exactly what they wanted to deliver and they kept their promise.

There are many survival stories out there but none of them really have a satisfying ending like this one did. Agoraphobia plays an important role in this story’s plot, and when it comes to that, psychology has a way to play with people’s minds; Submerged gives people the question of what they would do in that situation. These are the kind of movies people wait months to see. Will it please every movie lover? Perhaps not. But it will for sure fill the gaps between those days where all people want to do is sit down and enjoy a good survival film with a bucket of popcorn in one hand and an ice-cold soda in the other. CrypticRock gives Submerged 4.5 out of 5 stars. 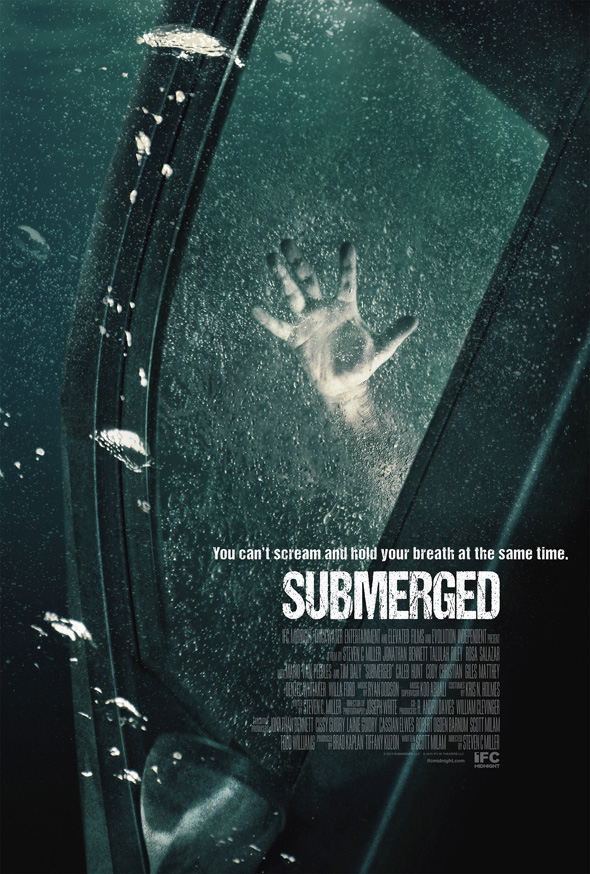 Purchase Submerged on Blu-ray/DVD on Amazon