How would one react if they discovered their entire life had been a scientific experiment? Terrifying, right? Based on the British Neo-progressive Rock band IQ’s 1997 Subterranea double album comes the Mathew Miller directed and written film by the same name.

A compelling concept, it focuses on a man named ‘The Captive’ (Bug Hall: The Little Rascals 1994, American Pie: The Book of Love 2009) who is imprisoned underground until adulthood. Making its way through the festival circuit in 2015, the film was Grand Prize Winner at 2015 Rhode Island International Film Festival, Grand Prize Winner – Jury Prize for Best Film at 2015 Reel East Film Festival, as well as an Official Selection at 2015 Vortex Sci-Fi & Fantasy Film Festival, 2015 Queen City Film Festival, and 2015 Montana Film Festival. Finally, after all the buzz, Subterranea was picked up by MVD Entertainment and released on Digital, VOD, DVD, and Blu-ray as of September 13, 2016.

It all begins one night when The Captive finds himself above ground in a blur of sights and sounds. After collapsing, he is taken in by a mysterious and empathetic woman – Maya (Amber Mason: Ruin 2008, The Ballad of Jack Slade 2016). There is an instant connection between them, and as they spend time together, The Captive tells her the pieces of his life he remembers. Having lived away from society, he is virtually a blank slate, or tabula rasa.

After being released, he meets a homeless man – Remy (Nicholas Turturro: NYPD Blue series, Blue Bloods series), who teaches him how to survive on the streets, however, Remy often manipulates The Captive’s innocent mind for his own benefits. This increases from petty theft to acts of cruel violence ending in murder. The Captive deals with people for the first time, some good, some bad, all the while trying to figure out who he really is.

As The Captive recalls the past few months with Maya, he recalls his captor, known as The Provider (William Katt: Carrie 1976, The Greatest American Hero series). Through the course of his revelations and integration into current society, Maya becomes an integral piece of The Captive’s daily existence. When he discovers she is missing, it forces him out of his comfort zone of memories and leads him deeper into his past. He finally meets his captor, The Provider, and Maya’s whereabouts. The Provider gives him the answers he seeks, but afterwards, what The Captive wanted for so long may ruin what little hope he held for a normal life.

Subterranea is told in non-sequential order, using flashbacks as a means of filling in The Captive’s backstory. This can make it a little difficult for viewers to focus at times and the transition between scenes is sometimes clunky rather than seamless. While it is a solid storyline with quality acting, its greatest fault is it meanders at times, pausing and dragging out some moments. The pace swaps between slow to only slightly faster throughout, which may provide a teacup ride rather than a roller coaster experience in the eyes of some viewers. On the upside, Subterranea is an excellent film for those looking to solve a puzzle much like M Night Shyamalan’s 2004 film The Village, or Andrew Niccol’s 1998 The Truman Show.

Utilizing an Rock album as inspiration for a script is not very common, in fact, often times, it is done the other way around. That said, it is a very cool concept Miller was able to collaborate with IQ’s Peter Nicholls directly. For those who are familiar with the band’s album, doing so clearly helped Miller create the imagery of the music and lyrics pretty flawlessly. In addition, the cinematography by Brandon Woodard (The Way She Was 2011, Blood, Sweat & Years 2017) creates a dreamlike setting for The Captive’s story. A well-rounded bunch, Miller’s talent also extended to the editing department, and production alongside Eric D. Wilkinson (The Man from Earth 2007, Sparks 2013), making them a group of filmmakers to look out for.

Overall, Subterranea is a decent film with an interesting story worth checking out for the visual and sounds, along with a list of accomplished, recognizable actors. For these reasons, CrypticRock gives Subterranea 3 out of 5 stars. 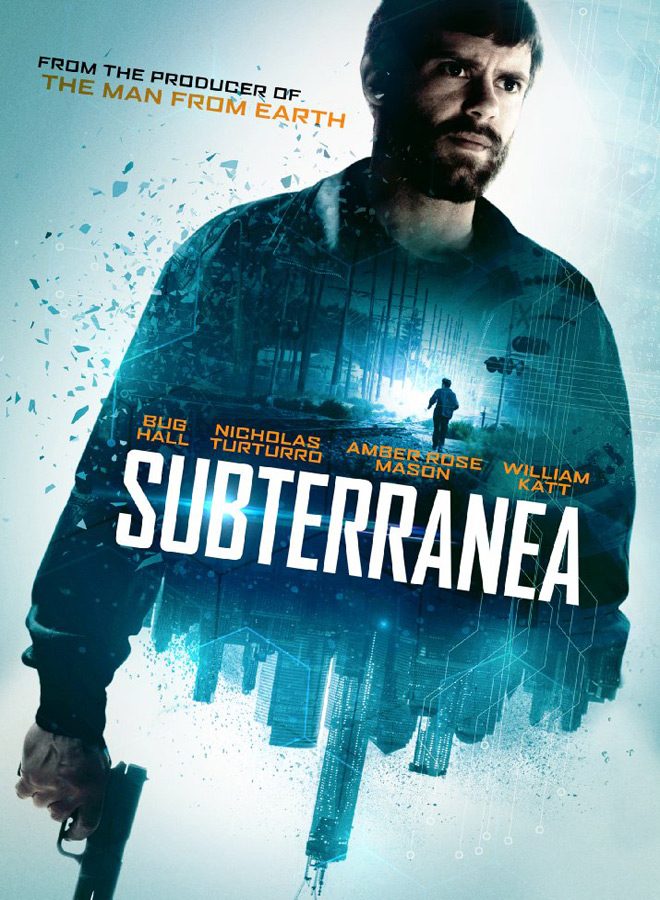