SUICIDE SILENCE is set to release ENDING IS THE BEGINNING: The Mitch Lucker Memorial Show on CD/DVD/digipack next week! They have launched a new sneak peak video today for “OCD” featuring Austin Carlile from OF MICE AND MEN! Suicide Silence will be donating all of the royalties earned from this release to the Kenadee Lucker Education fund. The band is also hosting a sold out event this Thursday in Los Angeles to premiere the movie. 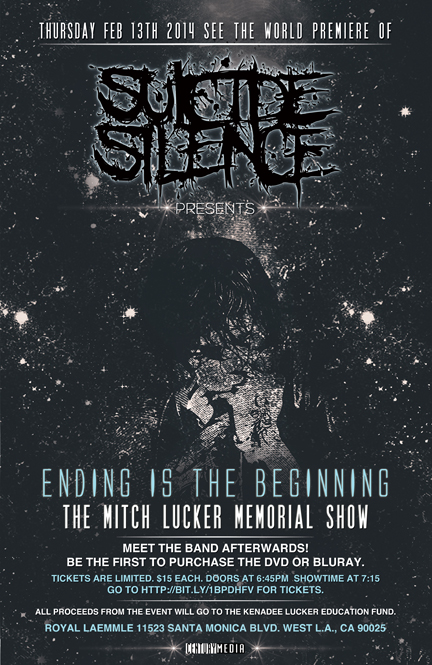