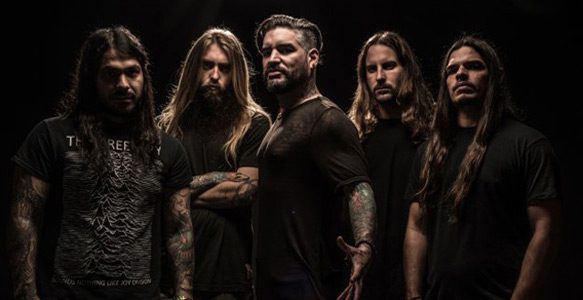 Coming to Metal fan’s ears on Friday, February 24th of 2017, is Suicide Silence’s much-anticipated, eponymous fifth studio album. Presented by Nuclear Blast, the much talked about new direction of Suicide Silence is a bizarre and stilted mix of experimentation, sonically speaking, from a band who are clearly still trying to find their dark niche.

For those not in the know, Suicide Silence are a Californian Deathcore band. Formed back in 2002, out in Riverside, the group was originally a side project composed of musicians who reportedly looked to the likes of Sepultura, Cannibal Corpse, Morbid Angel, Slipknot, Deftones, Korn, Dimebag Darrell, George Lynch, and many more as musical influences.

As they began to record EPs and perform, the members of Suicide Silence slowly began to commit more time to the project, and, in 2006, they were signed to Century Media. A year later, they would release their debut, full-length studio album, The Cleansing, an effort that debuted at No. 94 on the Billboard 200 and sold some 7,000+ copies in its first week alone. All things considered, it was a massive debut and it made The Cleansing one of the best-selling debut albums in Century Media’s history.

Their second album, No Time to Bleed, hit shelves in June 2009. This time around, the album would peak at No. 32 on the Billboard 200 and sell roughly 14,000 copies in its first week in the U.S. alone. Extensive touring would follow, including a stint on the entire duration of the Vans Warped Tour in 2010. By 2011, the group were hard at work on their third full-length, The Black Crown. Like its predecessors, the album made an impressive chart debut at No. 28 on the Billboard 200 and sold upwards of 14,000 copies in its first U.S. week alone.

At this point in their career, Suicide Silence had toured with some of the biggest names in Metal: Megadeth, Static-X, Mudvayne, Machine Head, Trivium, Dope, and Black Label Society, just to name a few. Sadly, at this high point, they took a massive personal and professional hit: founding member and Lead Vocalist Mitch Lucker would be involved in a horrific motorcycle accident in late 2012. Tragically, he succumbed to his injuries. To honor Lucker’s memory and raise funds for his young daughter’s future education, the surviving band members, friends, and family, as well as fans, congregated in Pomona, California for a memorial show.

Many bands might have thrown in the towel at this point, but Suicide Silence would not be stopped. They took nearly a year to collect themselves, musically as well as personally, and in October 2013 they announced their return with new vocalist, Hernan “Eddie” Hermida, formerly of All Shall Perish. Their first album without Lucker, You Can’t Stop Me would arrive in 2014 via Nuclear Blast. (The title was an homage to their beloved friend, who had written the lyrics to the album’s title-track before his untimely death.)

All of this brings dedicated fans to the here and now, February 2017 and the band’s fifth studio album, the self-titled Suicide Silence. The group, now consisting of Hermida on vocals, Rhythm Guitarist Chris Garza, Lead Guitarist Mark Heylmun, Bassist Dan Kenny, and Drummer Alex Lopez, boldly are making the new release their very first effort containing “clean” vocals. Knowing that the album was produced by Ross Robinson (Korn, Slipknot, Limp Bizkit, At The Drive-In), then it becomes evidently clear where many of the influences began.

The first track, “Doris,” was released early as a whetting of fans’ appetites, which seemingly backfired. As with any band moving from pure unadulterated Deathcore to the inclusion of clean vocals, fans were not amused. Happily, “Doris” is not the best track on Suicide Silence and should not be taken as representative of the CD, as a whole. While all of the album contains the bass-heavy stomp of early Korn, much like “Doris,” it is far too discombobulated for any one track to represent the nine. Lyrically, this track is half-formed: “Throw up, hang up, this one, is for no one. Show me how, it is, inside. Show who, I am, this time,” Hermida offers in a careless blend of clean vocals and dirty, dirty screams of aggression and despair.

What follows is completely disjointed. The song “Silence” is anything but, though, in its best moments; Hermida does come close to a Mike Patton-esque vocal (“Rivers are flowing to the ocean, I will meet you at the bottom”). Unfortunately, his vocals are often too low in the mix to receive their true distinction. In fact, in his very best moments of clean vocal work, Hermida often sounds almost like the bastard son of Phil Anselmo, Chino Moreno, and Mike Patton. Not too shabby, Metal friends.

Not to worry though, fans of Deathcore can rejoice, as there are tracks that lack proper clean vocals: For example, “Listen” contains the dirty, growling theatrics that are expected of the band, ditto “Hold Me Up Hold Me Down.” Others like “Run” and album closer, the best song title of the record, “Don’t Be Careful You Might Hurt Yourself,” are also a vicious assault on the senses. It is those in-between, wackily experimental tracks that are the most off-putting and, conversely, some of the best (and worst) material on the CD.

On perhaps the album’s best song, “Dying In A Red Room,” Hermida’s clean vocals are truly showcased. This macabre poet sings: “I couldn’t help the laughter, the portal shatters. I’ll be the breeze that cools your heat. I’m dying through life, I’m living through death.”

Meanwhile, despite their bizarre ramblings, songs like “The Zero” show some promise. “I am in love with the emptiness . . . Heaven is the electric chair,” sings Hermida. Clearly, Suicide Silence delight in the darkness. That said, the album’s strangest offering, “Conformity,” is a poor attempt at Faith No More meets Led Zeppelin in the form of a ballad with mocking lyrics. Clearly, no sane individual can possibly believe that conformity saves us all, and so anything that this song might accomplish feels moot.

Suicide Silence, the album, lacks cohesion: each song is an entirely unique and distinct entity with little relation to what came before. This is a band who are experimenting with their sound and rediscovering what it means to be Suicide Silence. Which is fine, save for the uneven blend of clean and dirty vocals that does absolutely nothing to further their musical cause.

In their best moments, Suicide Silence have inklings of a heavier Korn or Deftones, but the flawed production and lack of overall cohesion kills any attempt they have made at musical evolution. For what is an overall miscalculation, musically speaking, CrypticRock gives Suicide Silence 3 of 5 stars. 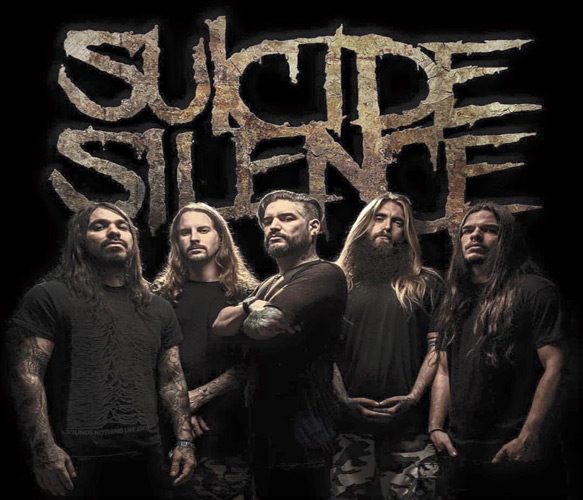