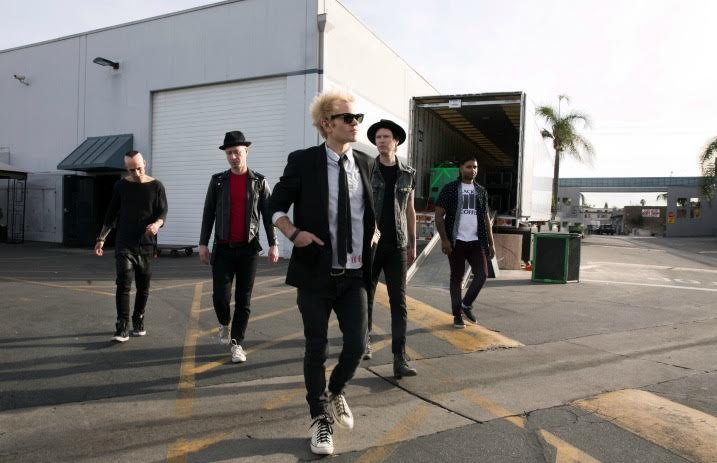 For twenty years, Canadian-based Rock band Sum 41 has traversed the pitfalls and extreme highs of the music business ranging from from addiction, to lineup changes, to the all important commercial success. Formed by Vocalist Deryck Whibley and Drummer Steve Jocz, once calling themselves Kaspir, by 1998, Sum 41 found their voice, recorded a demo, and sent it to record companies with their sights on getting a deal. Finally, in the summer of 2000, Sum 41 released their first EP, Half Hour of Power, a success that went Gold in their home country. A prelude to big things, their debut full-length, All Killer, No Filler, dropped in the spring of 2001, boasting the singles “Fat Lip,” “In Too Deep,” and “Motivation.” Going triple Platinum in Canada, Gold in Japan, Platinum in the U.K., and Platinum in the U.S., since it has been debuted, the album has become a Pop Punk classic.

Following up with Does This Look Infected? in 2002, in years since, Sum 41 has released a series of highly charted records, and now in 2016 return with 13 Voices. Their first album since 2011’s Screaming Bloody Murder, the triumphant return of Sum 41 includes Whibley on lead vocals/guitar, Dave Baksh on guitar/backing vocals, Jason McCaslin on bass/backing vocals, Tom Thacker on guitar/backing vocals, and newest member Frank Zummo on drums. Released October 7, 2016 via Hopeless Records, days after launching their Don’t Call It A Sum-Back Tour, 13 Voices strikes curiosity amongst many Pop Punk loyals.

Ten tracks of Metal and Punk with a mix of Pop and Alternative, 13 Voices beings with “A Murder of Crows.” Possessing a  soft start, it opens into a headbanging Metal piece that has an anthemic vibe as Whibley has the epiphany during his hospitalization that the people that surrounded him were not his friends, ultimately. Next, “Goddamn I’m Dead Again” keeps the momentum going with a drum-driven beat accompanied by blazing guitars as the band sing about Whibley hitting bottom in the hospital, and realizing he had to change.

Moving on to “Fake My Own Death,” the first new material the world heard from the band in five years, the track morphs into a Metal piece that has a message that probably almost every celeb contemplates a time or two. This comes prior to Pop-vibed “Breaking the Chain” continuing Whibley’s journey to saving his life before he winds up in the morgue. With a choppy melody filled with malicious notes and vocals, “There Will Be Blood” urges youth not to sell their souls. Then, album title track, “13 Voices,” follows with a simple riff that turns into a full-on schizophrenic tune as Sum 41 tell of the voices that pull at sanity to harm one’s self under the guise of feeling good.

Offering the album’s first single, “War” was the first from the band since Baksh’s return in 2015 and the departure of Jocz back in 2013. Another anthemic song that has Whibley knowing he has a struggle ahead of him, he is ready to step up and fight. This leads into their latest single, “God Save Us All (Death to POP),” which is a Punk track with a silver lining around the darkness as the band sing about getting duped into vices, but when they are done, those said vices will be buried. Keeping the momentum going, in “The Fall and the Rise,” Whibley continues to find his way from the bottom. This is before the hard-hitting finale of “Twisted By Design” when Whibley owns up to his role in what landed him on death’s door, but now has a second chance to get it right.

Five years is a long time for any band between albums. Some bands do not make it back, but Sum 41 have battled through it all. As unfortunate as Whibley’s experience was, he managed to come out of it and has turned it into something positive with 13 Voices. A tremendous return, CrypticRock gives 13 Voices 5 out of 5 stars. 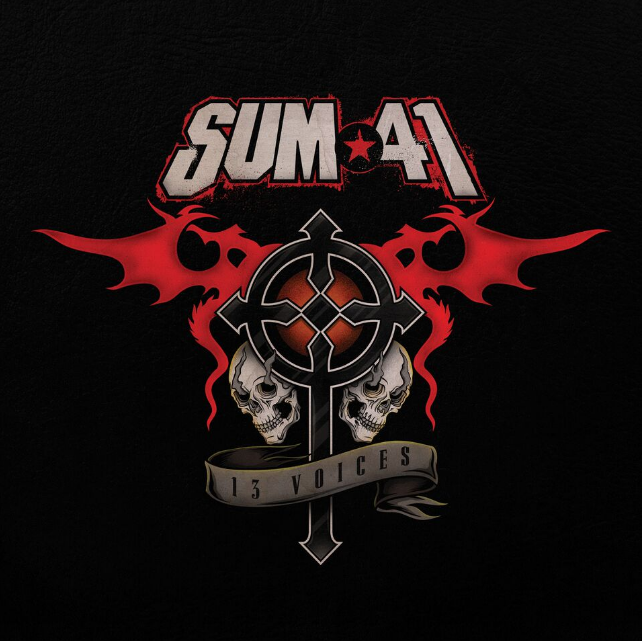