What can a movie viewer expect when mystery, drama, psychological thrills, along with horror are packed into one unrated feature? They get Ben Cresciman’s (Quitting 2009, Negative Space 2011) Sun Choke. An experience in Psychological Horror sure to leave anyone who watches feeling somewhat haunted and more than a little perplexed, Sun Choke was officially released on August 5, 2016. Quietly announcing its presence amongst Indie Horror fanatics, it took critics by storm, leaving them impressed and equally frustrated. Also directed by Cresciman, viewers get what must be the full effect of his vision for the storytelling come to life on film. 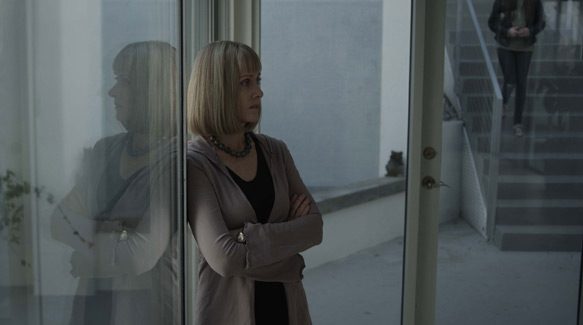 The main character of the film, Janie, played by Sarah Hagan (Jeff + Moss 2011, Freaks and Greeks 1999), is at first seemingly controlled by Irma, who is played by ’80s Horror icon Barbara Crampton (Re-Animator 1985, You’re Next 2011). As the film unwinds, it seems there is something more sinister and surreal at hand. Forced to partake in holistic medicine practices to combat a vague and mysterious illness, Janie undergoes many levels of cognitive disassociation via Irma, who uses rather peculiar methods to keep Janie’s illness in check. Seeming to have suffered from a psychotic break and left unstable, Janie is housebound under Irma’s watchful eye.

Though it may seem Irma is a villainous archetype figure in this mood piece and narrative, things are not as they seem as Janie’s odd seizures and puzzling dysphoria cause for some strange happenings and her simple storyline becomes more than just archetypal storytelling. When Janie gets even the slightest sense of freedom, she uses it to stalk Savannah (Sara Malakul Lane: Jailbait 2014, Kickboxer: Vengeance 2016) and her boyfriend Connor (Riley Litman: The Hipster Werewolf- USC 2012, P-51 Dragon Fighter 2014), both of whom she becomes creepily enamored and obsessed with. 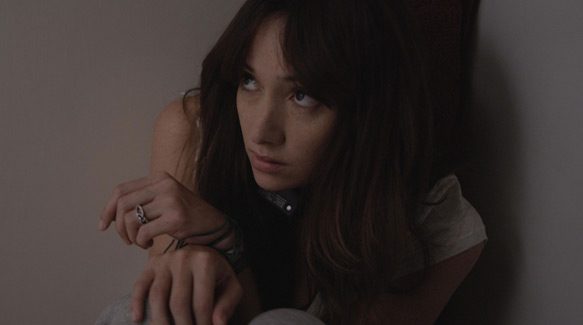 As the film’s main character Janie takes control of her narrative, there is a nuanced unraveling to her and Savannah that ultimately leaves both questions and answers alike. The success of the muddled and ambiguous plot has much to do with its fantastic cast and their incredible on screen chemistry – the tension between Irma and Janie, and the mad, sexual intensity between Savannah and Janie that implodes in its thrumming insanity. Janie herself resonates like a violin string being plucked at until it snaps under the pressure – one note in a mad orchestra that is Sun Choke. Savannah and Conner are skillfully colorful as well, especially with how drawn the main character is to them – especially Savannah.

The camera work, as mentioned prior, is an odd and complimentary mix of artfully shot moments, with shaky, human awkwardness mixed in. These two styles come together under an array of line work and color aesthetic to help build an intuitive sense of the story being told. The dialogue – though either very forward or evasively obtuse – is not as key as the character development, which makes the ride even more intriguing.

Focusing on making characters seem both ominous and fragile with silhouette work and gentle color contrasts takes a skilled eye, which can be seen shining through in this film. The plot itself seems not even as driven as the character action, further aiding the underlying intentions of the film in a clever way. The journey of Janie into her own calamity seems to be our destination, and it is a thrilling, bumpy ride. Additionally, the soundtrack used in Sun Choke is perfect in its detail. Coined as Rap and Electronica, the soundtrack is disturbing, sensual, edgy, and very moody – a wonderful accomplice to the film and camera work. With the ability to amplify the dysphoric and somewhat violent nature of the film, this track list added just enough flair to be necessary and not overdone. 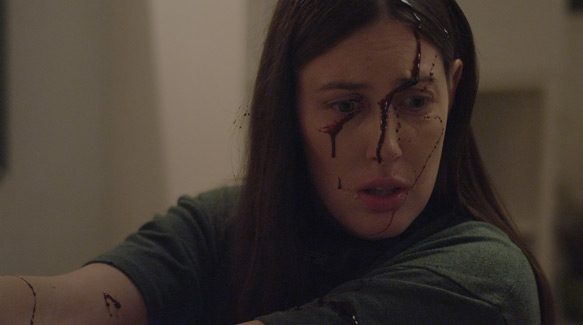 Overall, the pieces of Sun Choke’s deliberate puzzle fall together gently by the end of the story. A maze of strange events and eventful character development, it is truly a Thriller that leaves the viewer in a constant state of frenzy and suspense. With subtle nuances and ambiguous narrative, Sun Choke can both spellbind or baffle its viewers with its oddly weaved web. CrypticRock gives this movie 4 out of 5 stars. 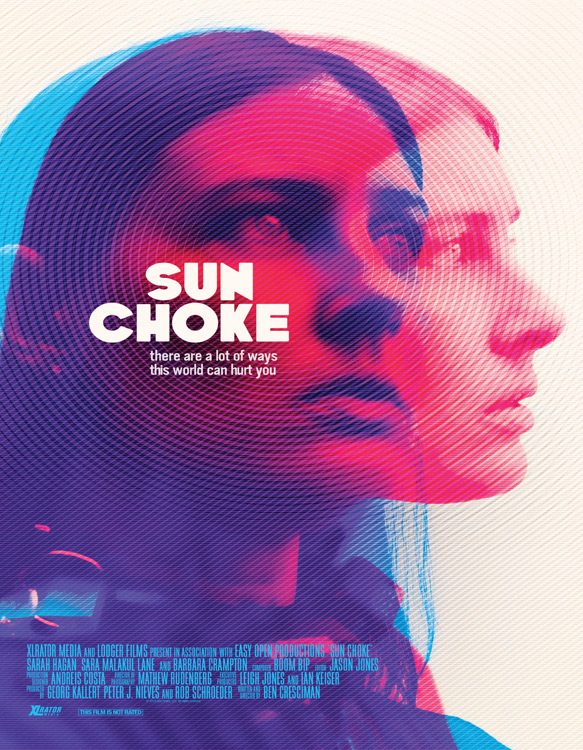 Superhost (Movie Review)
Like the in-depth, diverse coverage of Cryptic Rock? Help us in support to keep the magazine going strong for years to come with a small donation.