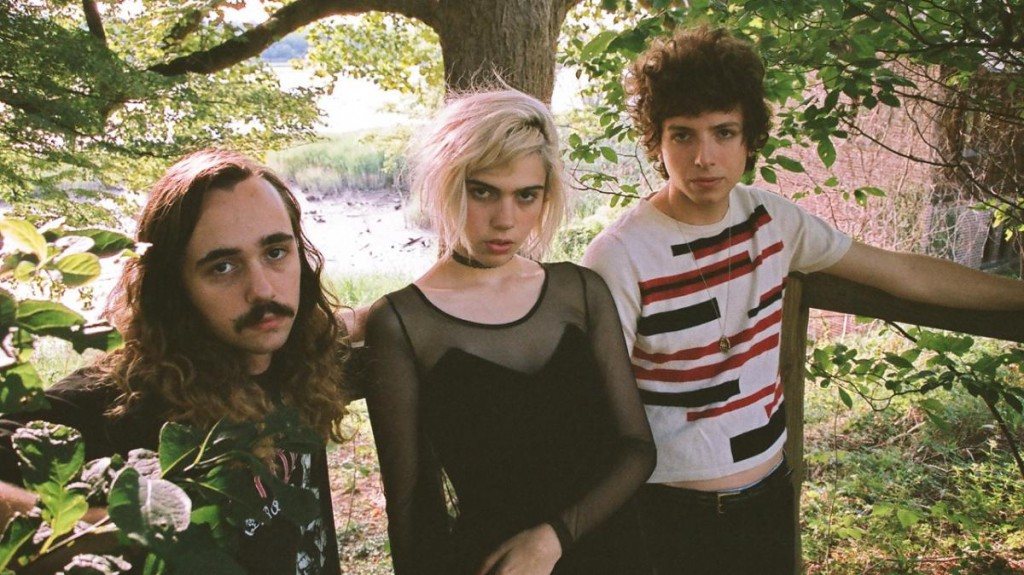 For the average Rock-n-Roll fan, The Psych-Pop band known as Sunflower Bean may be a little out of the realm of what they are used to. However, those who look deeper into the music will realize Sunflower Bean is more than just some Pop band. Based in Brooklyn, New York, Guitarist/Vocalist Nick Kivlen and Drummer Jacob Faber began playing tunes while in high school before harnessing their creative energies to form Sunflower Bean in 2013. Completing the band with Vocalist/Bassist Julia Cumming, the band, gig after gig, all throughout New York, quickly build a buzz around them. This led to the release of their EP, Show Me Your Seven Secrets, in 2015; a diverse mix of Alternative Rock and dreamy guitar tones that gained them attention around the world. Well on their way, the band took a break from live shows in the Summer of 2015 to work on writing new music. In a local Brooklyn studio, with producer Matt Molnar, the band created eleven tracks in just one single week, and that collection of songs would become their debut full-length album entitled Human Ceremony.

Released on Fat Possum Records as of February 5th, 2016, the album’s dreamy sound kicks off with the title track, “Human Ceremony.” The song starts off with a moody Psych-Pop vibe with a melodic guitar riff that will make listeners want to sway back and forth with the retro, textured chorus sung by Kivlen. Completely different, “Come On” picks up energy, almost possessing a Joan Jett sound, and is one any teenager would blast just to annoy their parents. The following track, “2013,” is a mix of Rock and Pop. Still having energy, it is slightly more laid back with rapid drumming from Faber in the distance. Cumming projects a monotone sound throughout parts of the song, then changes things up to hit listeners with a more alto sounding voice.

Moving right along, “Easier Said” almost sounds like a Fleetwood Mac track with the combination of Cummings and Kivlen’s voices. Going back to that moody Psych-Pop they began the album with, there is also an atmospheric texture with complementary guitar riff. Kicking up the pace again, “This Kind of Feeling” is lyrically and instrumentally very well-written. One would say the track is in the vein of Black Sabbath with further influence from aforementioned Rock legend, Joan Jett, inspiration. Adding to the passion behind it all, Cumming’s vocals are astonishing and make it a stand-out track. Then comes the little tune “I Was Home.” A mixture of styles experienced with on previous album tracks, it has solid instrumentation that is perhaps inspired by The Cure.

Bringing back more of a Rock sound, “Creation Myth” will make listeners think it is another heavy leaning cut. Although, the music quickly takes a turn as Cummings voice starts off mellowly before she raises it in pitch. With a romantic vibe to it, one could easily imagine it being featured on a soundtrack of a film. Keeping the roller coaster ride of Human Ceremony wild, “Wall Watcher” brings back the Rock and features a killer drum beat along with intense guitar sound. Clearly, it will please Rock fans and will be one many will come back to listen to numerous times. On “I Want You To Give Me Enough Time,” the mood does not change too drastically as Kivlen and Cummings’ voices collide in majestic fashion. Held together by a distinctive drum beat by Faber in the back, the song also stands tall late in the album’s track list. Arguably the best track off Human Ceremony goes to the ballad “Oh, I Just Don’t Know.” With a steady feeling, wonderful lyrics, and exceptional vocals as well as instrumentation, there is so much to love about the song. Finally, the journey concludes with “Space Exploration Disaster,” a track that remains consistent with the rest of the record, ending this exceptional debut album in a positive way.

Human Ceremony is a really impressive album and as a relative young band, the sky is the limit for Sunflower Bean. Their unified influences appear to be deep and certainly bleed through on this album. Merging Psych-Pop with a spice of Rock-n-Roll, and even Metal at times, they create a captivating sound that needs to be heard. CrypticRock gives Human Ceremony 4 out of 5 stars. 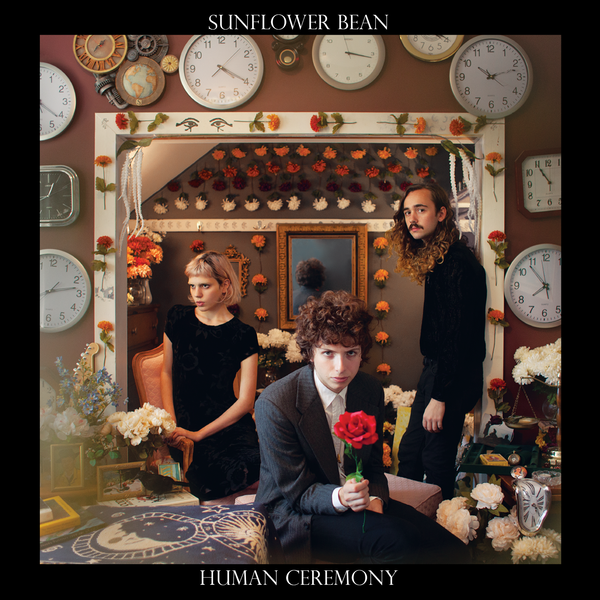