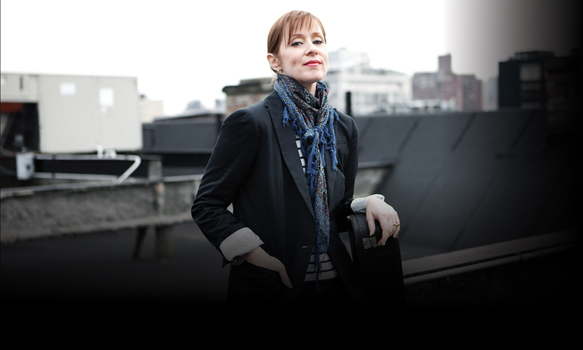 Catapulted to commercial popularity in 1987 via her hit single “Luka,” the American Singer-Songwriter Suzanne Vega began her singing career as early as 1982. A unique artist with a flair for Folk-inspired tunes, Vega has released one highly charted record after another. In her nearly thirty-five years of music-related activity, she has released nine studio albums, from 1985’s self-titled debut to her most recent, Lover, Beloved: Songs from an Evening with Carson McCullers.

Released on October 14, 2016 via Amanuensis Productions, Vega’s latest work is based on a play; and this accounts for the album’s unsurprising mix of Vaudeville, old Jazz, and Blues, coupled with Vega’s inevitable trademark Folk/Pop sensibilities. Her first album since 2014’s Tales from the Realm of the Queen of Pentacles, Lover, the 2016 effort sees Vega team up with Gerry Leonard once again.

Ten tracks in total, it opens with the relaxing loungey Jazz swing of “Carson’s Blues.” In similar sonic sway, Vega then takes the listener with her to the sexier Waltz of “New York Is My Destination.” The ensuing piano ballad, “Instant of the Hour After,” has that sinister sense of urgency, rhythm-wise. Then there is the upbeat “We of Me,” whose slightly dark Folk Pop feel may remind the initiated of similarly somber, folky songs of R.E.M. (“Near Wild Heaven”) and 10,000 Maniacs (“Hey, Jack Kerouac”). It has also faint echoes of Vega’s own classic 1986 single “Left of Center.” Following next are two more slow piano ballads, “Annemarie” and “12 Mortal Men,” returning the listener to introspection mode.

Afterwards, the excursion harks farther back in time; with its characteristic horn melody and piano flourishes, “Harper Lee” emanates the rustic sound of 1950s old Jazz, which can take the listener to the era of the likes of Charles Mingus (“Profile of Jackie”), Thelonious Monk (“Monk’s Mood”), and Duke Ellington (“The Mooche”), when the music of these greats were regular staples on record players of many a household. It also faintly resonates the playfulness of ’60s female-sung Pop tunes like Margo Guryan’s “Someone I Know,” Cilla Black’s “Work Is a Four-Letter Word,” and Sandie Shaw’s “Heaven Knows I’m Missing Him Now.”

Smoothly following is “Lover, Beloved,” a serenely uplifting piano song, which then leads to the slightly jazzy and bluesy direction of “The Ballad of Miss Amelia.” Finally, Vega wraps up her concept album with the gloomy, introspective sentiments of “Carson’s Last Supper,” concluding the romantic mooning of Carson McCullers, Vega’s inspiration for this latest masterpiece of hers.

Sonically, Vega’s new oeuvre may be regarded as a departure from her usual style; but thematically, the album’s aesthetics is not really off-the-wall, as it follows also the conceptual direction of its immediate predecessor, the aforementioned Tales from the Realm of the Queen of Pentacles. Overall, Lover, Beloved: Songs from an Evening with Carson McCullers is another proof of Vega’s known penchant for Folk-rooted eclecticism and nod to the accessibility and melodic character of Pop music. It will surely be a thrilling aural adventure for both Vega’s longtime fans and general enthusiasts of traditional eclectic music. CrypticRock gives Lover, Beloved: Songs from an Evening with Carson McCullers 4 out of 5 stars. 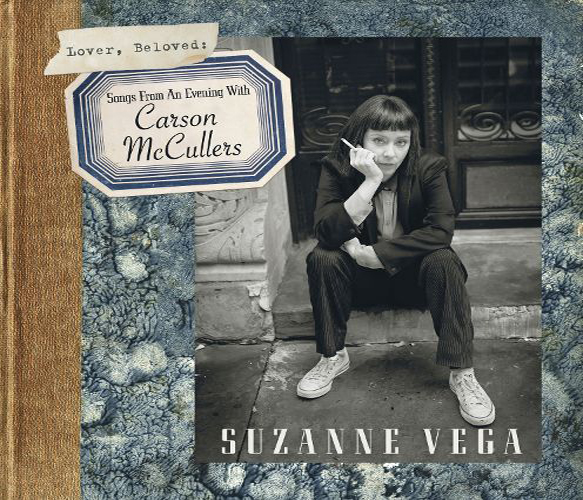