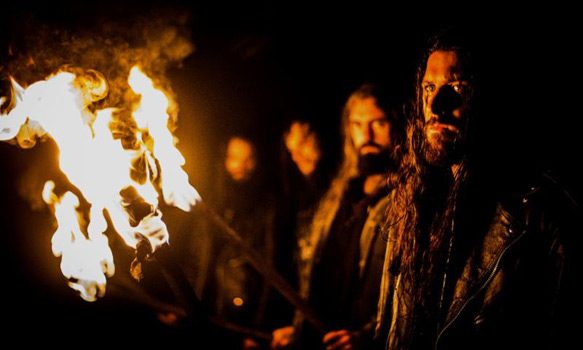 When it comes to Heavy Metal of the Black and Death variety, France does not usually stand out at the top of the order. Yet, there are a few French bands that do enter in a high spot atop those charts, one of these bands is Svart Crown. Founded by Vocalist/Guitarist JB Le Bail in the winter of 2004, Svart Crown has steadily creeped up on listeners around the world with albums such as their 2008 debut, Age of Decay, and 2010’s Witnessing the Fall. Although, it was 2013’s Profane which really caught the ear of many with a sound so profound, it was impossible to ignore.

Parting ways with their home country’s Listenable Records to a brighter, or in their case darker future, Svart Crown are set to make a big debut via their new record label Century Media. Signing on with the mega Metal label back in the fall of 2016, the band unleash their latest album, Abreaction, on Friday, March 17th. Recorded over a month-plus at Studio Sainte-Marthe in Paris, Abreaction promises to be one of their most venomous efforts to date.

Complete with a fresh lineup, Le Bail and long-time Bassist Ludovic Veyssière are joined by Agressor’s Drummer Kévin Paradis and Guitarist Kevin Verlay. So what does this all mean? It means a refreshed outlook for a promising band offering eleven new tracks full of the best highs and most admirable lows. The best image that comes to mind when focused on the music at hand is a depiction of a blackened swamp creature frantically trying to escape the blackened muddy quicksand at the bottom of the swamp. Ultimately, the creature slowly sinks in deeper after every attempt. However, there is nothing to fear in this realm no matter the amount of darkness seeping through as it is the heavy turmoil that keeps it all in check.

While listeners can enjoy every song on Abreaction through multiple listens, a notable few are definite stand-out favorites such as “Emphatic Illusion” for its creativity, “Nganda” for its intermixing genius of an extreme nature, “Orgasmic Spiritual Ecstasy” for its pure-hearted agenda, “Transsubstantiation” for its outlandish fidelity, and finally, “Upon This Intimate Madness” for its abrasive directional stance.

In addition, there is Tribal feel as well through the inner workings of Abreaction, and the drumming of Paradis is the most ever-changing dynamic. Between the blast beats to the slow almost doomy death hits, it is simply majestic, taking Svart Crown to another level. The vocals of Le Bail claim the role of the leach that devours the swamp creature and the guitar work of he and Verlay represent the lurking and interweaving of the snakes that inhabit the swamplands to spy on all that moves. It is that cultural and basic Black Metal flavor in the middle of a Death Metal ritual that helps Svart Crown stand apart from others in the same genre, bringing it to its darkest and most beautiful light.

Having recently toured with Marduk in The States, Svart Crown engulfed a hungry fanbase who were waiting with open arms for something of this dark and alluring nature. That said, to paint a more vivid picture, Svart Crown are even more captivating on stage then on iTunes. The abrasive nature of Abreaction has a surprising calming quality, crushing any pending anxiety, or rather cancelling it out with its tone.

Overall, material offered on Abreaction is an endless blackened cycle that should be monitored for excellence with every gasping breath. Without further Heavy Metal menacing, CrypticRock gives Svart Crown’s Abreaction 4.5 out of 5 stars. 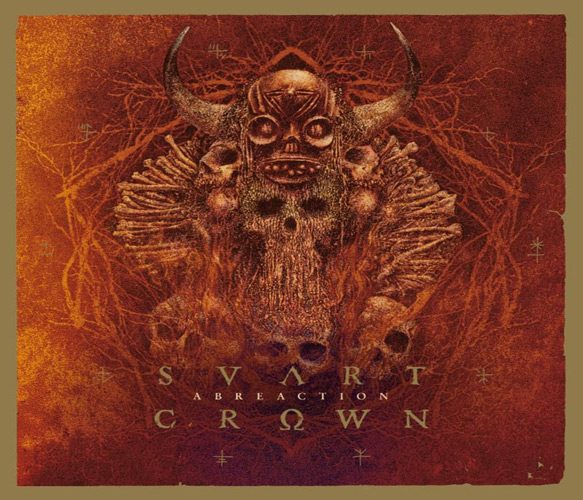