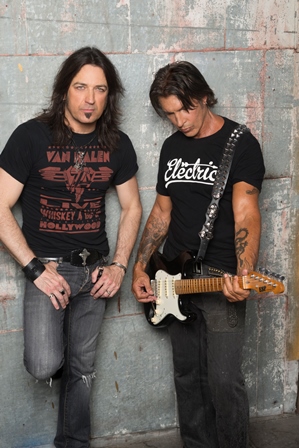 Vocalist/guitarist Michael Sweet (Stryper/Boston) have joined with guitarist George Lynch (Dokken/Lynch Mob), bassist Brian Tichy (Ozzy Osbourne/Billy Idol/Whitesnake/Foreigner) and drummer James Lomenzo (White Lion/Megadeth), in a brand new project simply called Sweet & Lynch. Sweet has been pretty busy with a new Stryper album due out as well as his solo work, but when Serafino Perugino, President of Frontiers Music suggested he sing on a new record, he jumped at the chance, and it was Sweet himself who suggested he co-write and produce the songs with Lynch. What they came up with was a classic ’70s/’80s styled sound with elements of all the great bands of the time such as Van Halen, Journey, Dokken, Stryper and Bad Company weaved throughout the songs. The musicianship was world class, which gave them the freedom to push the boundaries knowing that Lomenzo & Tichy could match the frontmen in class and ability.  Now on January 23rd (Europe) and January 27th (North America) those songs see the light of day in a album titled Only to Rise.

“The Wish” starts the album, proudly showcasing the pedigree of the musicians, pounding drum beats mix with soaring guitar riffs and clear, high-pitched vocals that suggest a much younger man than Sweet’s fifty-one years. It has a great sing-along chorus and memorable hooks that draw the listener in. The optimism of “Dying Rose” is uplifting and catchy, revealing the determination to remain at the top of their profession. Meanwhile, the passionate of “Love Stays“ builds and then comes to an abrupt and surprising halt, while “Time Will Tell” gallops along at a stunning pace.  Moving on, “Rescue Me” is sometimes reminiscent of Foreigner’s “Jukebox Hero,” but with more hopeful joy as if it had been given the Glee treatment. The song “Me Without You“ leans heavily on the Journey sound, with warm harmonies in the chorus and rich guitar tones. Continuing an outstanding performance, Sweet’s vocals reach an even higher note on “Recover“ with its huge riffs and blistering guitar solo by Lynch, while “Divine” draws more on his Christian Rock background, with an overtly positive message. The track  “September“ directly references to the  tragic events of September 11th 2001, and how its impact still continues to be felt today more and more so it seems around the world. Throwing a curve, the very next song “Strength in Numbers” has eastern flavors within its chords, and the slightly psychedelic “Hero-Zero” suggests society make heroes of the wrong people. Wrapping up the album in a classic ’80s style is the title track “Only to Rise” with a over the top drum solo end by Lomenzo.

Only to Rise is a beautiful package of twelve, radio-friendly songs, drawing on the years of experience within the band and creating something that is faultless in its musical accomplishments. Sweet is a workaholic, but taking on so many projects at once does not result in any drop in standards, as everything he does seems to be perfected. Only to Rise is the sort of album that will leave listeners feeling as if they have been blasted by good vibes and positivity. This will delight fans of both Sweet and Lynch for certain, surely to bring a smile to fans of Classic Rock anthems. CrypticRock give this album 4.5 out of 5 stars. 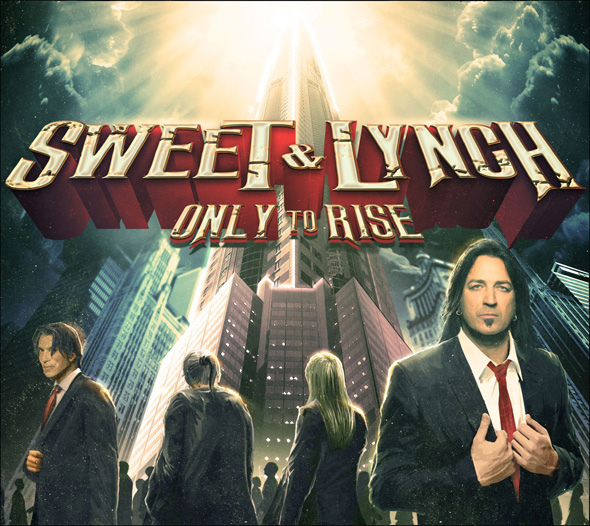