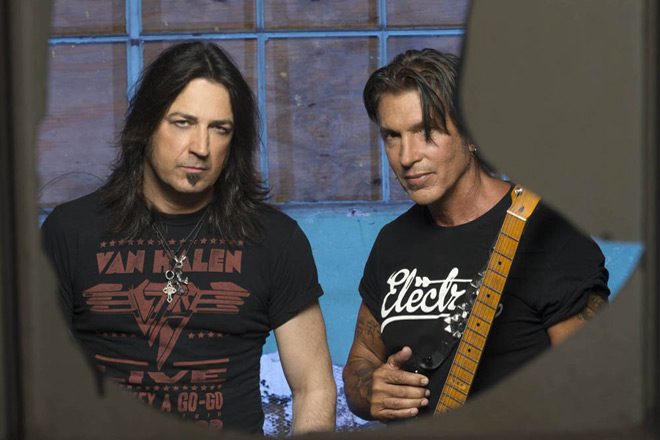 Mixing blazing vocals and cunning guitar licks, Sweet & Lynch – comprised of Michael Sweet and George Lynch – prove to be a Rock duo like no other. Bridging remarkable talents – two ’80s Metal powerhouses – Sweet & Lynch are no strangers to the circus of Rock-n-Roll.

As the frontman for Christian Metal band Stryper – Michael Sweet is best known for his incomparable super-charged vocals, making him one of the most recognizable vocalists of his hay day. Sweet also spent some time fronting Classic Rock icon Boston in the late 2000s. George Lynch – one of the most highly-regarded guitarists of the 1980s – firmly stamped his name on the genre shredding for hair rockers Dokken. Later, Lynch formed his own creation – Lynch Mob – a band who continues to draw big crowds all over the world.

Two respected names of the Modern Rock world, in January of 2015, Sweet & Lynch – joined by Bassist James Lomenzo (ex-Megadeth, White Lion, Black Label Society) and Drummer Brian Tichy (The Dead Daisies, ex-Whitesnake) – released their chart-topping, critically acclaimed debut Only To Rise. In fact, fans loved their debut so much, Only To Rise launched into the Billboard U.S. Top 200 as it peaked at No. 6 on the Billboard U.S. Top Hard Rock Albums Chart. It was clear the concoction of Sweet’s savvy voice, Lynch’s crafty chops, and Lomenzo and Tichy’s strong rhythmic foundation brought forth something special.

Now two years later, Sweet & Lynch emphatically announce the release of their sophomore effort, Unified, available everywhere Friday, November 10, 2017 via the good folks at Frontiers Music S.R.L. Coming amidst a busy schedule of both Sweet and Lynch, Unified offers strong tunes made up of catchy hooks and bright vocals. That in mind, nothing could be a better example than the album’s opening track, “Promised Land.” Here, Sweet’s vocals resonate in glorious fashion over fierce music giving the listener certainty on where this sonic adventure is headed. Yet this is only the beginning…

Rocking steady, “Walk,” ringing a church-like tone, advises to do what is right in our lives and to, as Sweet sings, “Walk With The Wise.” Then, a dark and catchy number, “Afterlife” heavily showcases a more sinister sound. This is while “Make Your Mark” is driven by screaming vocals, high-powered guitar, and big-time energy as is the vibrant “Heart Of Fire.” Additionally, the title track, “Unified,” sends a message of unity and bringing about change before “Find Your Way” reassures that life will go on if we do not lose our way.

Moving along to the ballads, “Tried & True” is one of those songs where Sweet’s vocals nicely highlight the tones in Lynch’s well-written guitar work. Later, “Bridge Of Broken Lies” calls out the stranger hiding behind the mask of a trusted friend or lover. Not to be forgotten, “Better Man” is a song seemingly about a girl while the music transports the listener to a dark club for late night performance of Sweet & Lynch. Lastly, “Live To Die” is the essential track to close out Unified as it encourages living life to the fullest and not taking a thing for granted.

Simple put, Sweet & Lynch are an undeniable combination. Fans of their work in Stryper and Dokken/Lynch Mob, as well as Sweet & Lynch’s debut, must check out Unified! It offers vibrant music that reflects a ray of light in the dark that is a pleasing listen. For that, CrypticRock gives Unified 4 out of 5 stars. 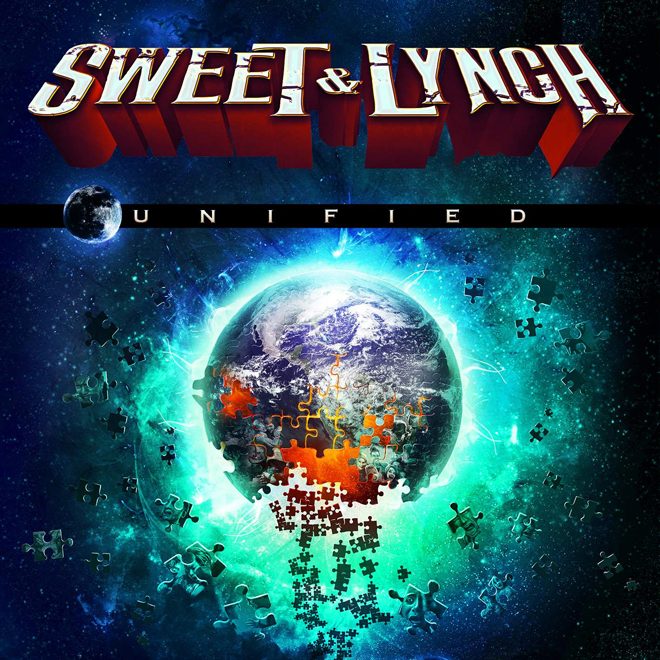