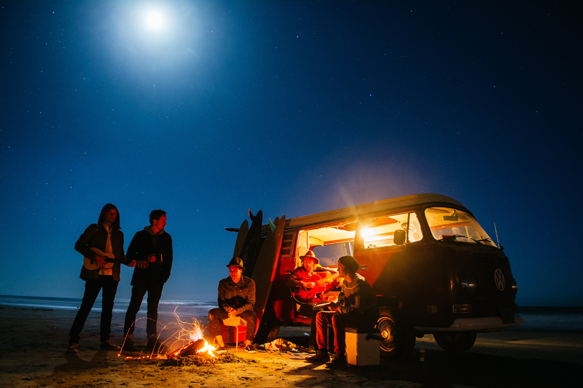 Who would have believed that the small-scale band signed onto a Christian music label would, overtime, become a household name? Not many saw the San Diego alternative rock band coming when they first became commercialized in the popular 2002 movie, A Walk To Remember. Soon thereafter, people everywhere wanted more of this new sound called Switchfoot. Made up of Jon Foreman (lead vocals, guitar), Tim Foreman (bass guitar, backing vocals), Chad Butler (drums, percussion), Jerome Fontamillas (guitar, keyboard, backing vocals), and Drew Shirley (guitar, backing vocals), Switchfoot has become notorious for creating feel good mood rock n’ roll. Their major label debut, The Beautiful Letdown was released in 2003. Fans became hooked on this edgy sound, which was unlike the pop songs on the radio. Tracks such as, “Dare You To Move” and “Meant To Live” created a new market and appreciation for rock music. The band has only grown in experience and fan size over the years. Their newest release, Fading West (2014), showcases how much Switchfoot’s artistry has progressed throughout their musical career. Using influences and inspiration from experiences of traveling around the world, this latest release from Switchfoot is absolutely beyond expectations.

The opening track, “Love Alone is Worth the Fight”, seems to have a pop-like intro, but this song grows into a much larger sound, before quieting down for Jon Foreman’s impressive vocals.  One of Switchfoot’s biggest strengths is their songwriting and how relatable their lyrics are for their listeners, and this fact rings true in just the first few lines. Foreman croons: “I’m trying to find where my place is / I’m looking for my own oasis. / So close, I can taste this / The feeling love alone erases. / So I’m back to the basics / I figure it’s time I face this / Time to take my own advice / Love alone is worth the fight.” This track is a strong opening because, in hearing it for the first time, it is still able to create a sense of nostalgia for listeners. It is an immediate connection that leaves you wanting more.

“Who We Are” is a little more quirky and unexpected coming from Switchfoot. The opening of the track has remnants of blues music with the spoken beat counts and underlying sounds of keyboard percussion. The song, however, really comes to life in the first chorus. As the band sings the words, “Who We Are,” there is a quiet echo in the background of chorus voices and it makes the words being sung that much more impactful. This track is a surprising sound that a typical Switchfoot fan might not expect, but is definitely living proof that after over a decade in the industry; the band is still taking musical risks. The follow-up tracks, “When We Come Alive” and “The World You Want”, ring a little more true to Switchfoot’s usual musical style. These songs are full of quiet verses and big, overwhelming choruses that take the listener on a ride.

We find more risks being taken in the next song off of Fading West with “Say It Like You Mean It.” This track is definitely the most rock n’ roll off of the album. Featuring a more syncopated beat and auto-tuned vocals that, when combined, add edginess and emphasis to Jon Foreman’s sound.  This is exactly what you would expect to hear at a rock show, screaming and all.

Things start to become softer and slow down with the next track, “Slipping Away.” This is definitely a song more lyrically driven, than musically. In the chorus, Foreman sings: “I feel like I’m dreaming / Staring up at the ceiling / It’s 4 in the morning / I can’t sleep and it feels like a warning / Would you believe me / If I could say it just the way that I’m feeling / The words that I wanted to say / I feel them slipping away.”  The words are haunting, raw, and relatable.  All at once it becomes clear why you listen to Switchfoot in the first place, to feel understood.

A new sound is introduced altogether on the track “BA55.” It has a synthetic rock edge with dark, mysterious lyrics to match it. Foreman’s vocal style is extremely comparable to musicians such as Alex Clare and MS MR. It is a sound completely foreign to most Switchfoot fans, but it is one they will want to hear more of.

The next track off of Fading West is probably the most mainstream on the tracklist; it’s a song called “Let It Out.” The pop undertones of the track definitely make it a song that could easily be played on radio. Overall, it is a feel good track that makes you want to drive around with the windows down and the volume turned up to its loudest decibel.

Following this is a track titled, “All Or Nothing At All.”  It is hard to believe this gem is hidden at the bottom of the tracklist because it could absolutely be a successful single from the album. It is catchy, upbeat, and it just makes you feel good. This song could be compared to the styles of Imagine Dragons and Grouplove in both sound and its ability to be radio-friendly, yet edgy at the same time.

Finishing off Fading West are closing tracks “Saltwater Heart” and “Back To The Beginning Again.” Together, these songs make a powerful ending to the album. Both stay a little truer to the signature sound of Switchfoot, but still act as a great summary of the previous twelve tracks before. The lyrics in the final track, “Back To The Beginning Again” are aptly worded: “And my heart is yours / And what a broken place it’s in / But you’re what I’m running for / And I want to feel the wind at my back again / Back to the beginning again.” The album ends on such a euphoric note, that you will undoubtedly want to play Fading West from the beginning again.

Every track off of the album is truly a success in its own way. Whether it be the risks taken in the form of instrumentals, vocals, or songwriting, this album does not disappoint. Fading West has a track for every kind of music lover and the lyrics are relatable to the masses. Over a decade of success in the limelight, and it does not look like Switchfoot is starting to fade west, east, north, or south; in fact, it look as if they are just staring to peak.  CrypticRock.com awards Switchfoot’s Fading West 5 out of 5 stars. 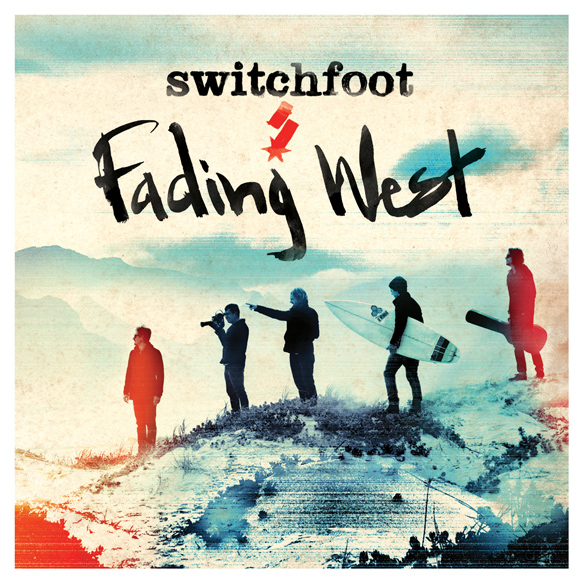