Paranormal found footage film Sx_Tape was released in the US on May 16, 2014, via La.Lune Entertainment. The direction, editing and cinematography were all done by the multi-talented Bernard Rose (Candyman 1992, Anna Karenina 1997). Written by first time screenwriter Eric Reese, the movie was c0-produced by Reese, Steven Schneider (Insidious 2010, The Lords of Salem 2012), Sebastian Aloi (Bottom of the Sea 2003, The Paranoids 2008) and Chuck Simon (Terminal Invasion 2002, Control Factor 2003). The music was composed by Nigel Holland (Braveheart 1995, Batman Begins 2005) with special effects done by Robert Hall, Dalton Kutsch and Eric Porn of Almost Human, Inc. (Buffy the Vampire Slayer TV series, Laid to Rest 2009). Filmed in Los Angeles with a tiny budget of six hundred thousand dollars, Sx_Tape debuted October 10, 2013 at the BFI London Film Festival. 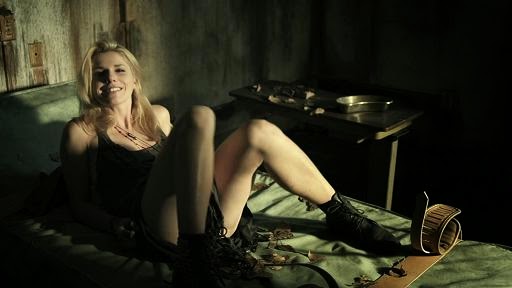 Filmmaker Adam (Ian Duncan: Blood River 2009, Two Jacks 2012) and his girlfriend, artist/exhibitionist Jill (Caitlyn Folley: Happy Endings 2005, Nightmare Code 2014) spend their days attempting to have sex in several public places while filming the entire experience. In their search for new places to mark, they stumble across The Vergerus Institute for Troubled Women, an abandoned hospital, and Adam proposes that they use this creepy building for Jill’s next art show. While exploring the abandoned site, Adam jokingly straps Jill to a hospital bed and pretends to leave her there alone. While he is gone, Jill is possessed by a ghost. 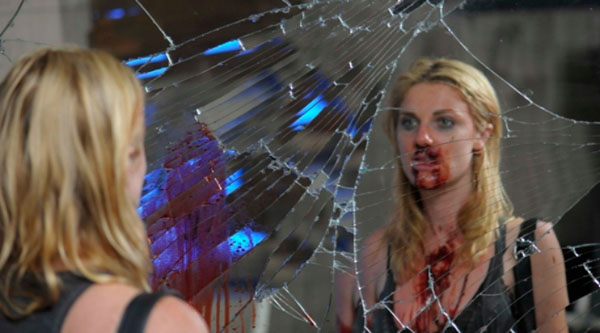 Upon returning,  he finds Jill seemingly normal and ready to have sex with him, but something goes wrong and Jill’s nose starts to bleed. Jill freaks out and they decide it is time to leave. When they walk out, they notice that Jill’s car is being towed away. Jill calls upon her friends, Elly (Diana Garcia: The Air I Breathe 2007, What Maisie Knows 2012) and Bobby (Chris Coy: Hostel III 2011, Deliver Us From Evil 2014), for a ride. When they arrive, the foursome decide to venture back into the hospital, where some jealousy between the couples sparks an argument. The group separates to let the parties cool off, but when Adam finds Jill, she is frantic and covered in blood, and Elly and Bobby are nowhere to be found. 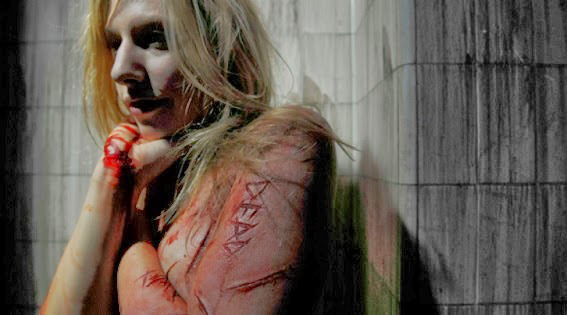 Will the four friends survive the haunted hospital? This film is original but lacks the mind bending twists that would make it iconic. The opportunity to delve into the seedy underworld of porn with the combination of the supernatural seems like a missed opportunity. Although The Hollywood Reporter called Sx_Tape “gripping and claustrophobic,” they also mentioned that the movie “does not have the gory excess and high body count to impress hardcore horror fans, but it also lacks the sly wit, deeper subtext and formal originality which might have earned it broader mainstream appeal.” Regardless, Sx_Tape is sure to make one second guess the decision to camp out in the nearest abandoned, haunted hospital. Definately worth the time and fans should decide for themselves. CrypticRock give this movie 2.5 out of 5 stars. 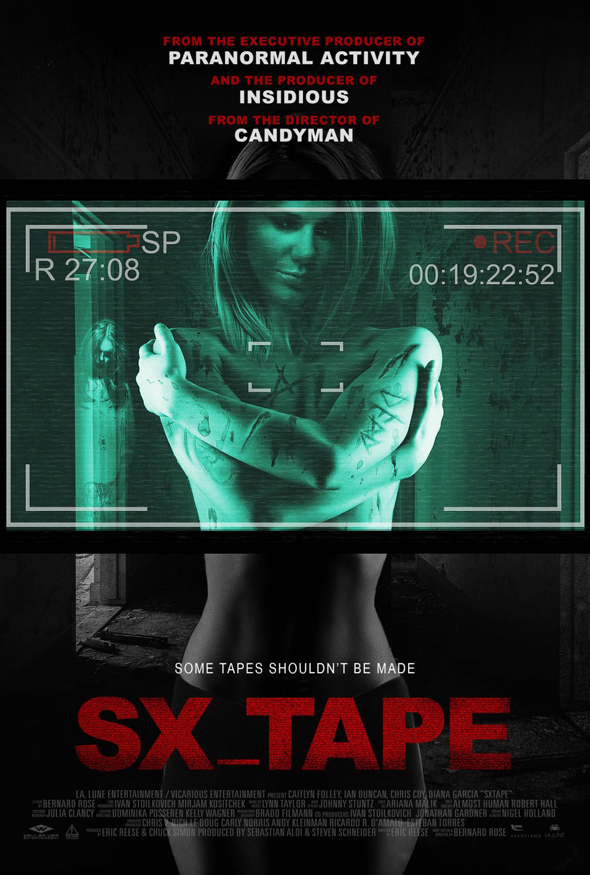 Purchase Sx_Tape on Blu-ray/DVD on Amazon