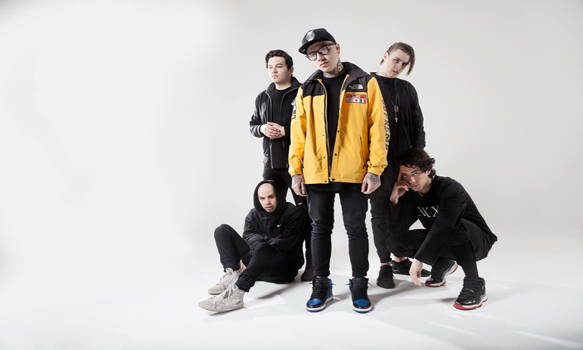 The often disrespected and overlooked genre of Nu Metal is not dead. This is evident with Queens, New York based band Sylar who are led by Jayden Panesso (lead vocals), Dustin Jennings (guitar), Miguel Cardona (guitar & vocals), Travis Hufton (bass), and Thomas Veroutis (drums). Together since 2011, the band mix Metal, Hardcore, Rapcore, and Alternative, ala bands that came before such as Linkin Park. Unique to themselves, and paving their own way, Sylar came together in 2011 releasing the successful EP Cutting The Ties. Following up with the 2013 EP Deadbeat, the band was catapulted to popularity, thus acquiring themselves a hungry Nu Metal fanbase.

Signing with Razor & Tie Records, they released their debut full-length studio album, To Whom It May Concern, in 2014, and now a member of the Hopeless Records family, they drop their sophomore album, Help!, in 2016. Much different than The Beatles’ album of the same title from 1965, Sylar’s Help! was unleashed on August 26th and it appears to be the next step in the evolution of the band.

Lifting off with the eponymous song “Help!,” the guitar tone matched with an epic chorus immediately brings to mind the opening for a Superhero film. As the track alternates between clear melodic chorus, screams, and rap, it is a first exposure to Metal with a catchy melody that is not too aggressive. Moving along, “Soul Addiction” comes on as one of the catchiest melodies fit with crunching guitars and electronic textures. This is before Panesso’s emotional vocal delivery mixes screams with clean vocals. Sprinkling in some Rap vocals, it carries along a Linkin Park feel, but still maintaining originality. Thereafter, Sylar reinforces the feeling with “Assume,” which is a powerful piece where a live crowd can release and sing along to the chorus. Here, Sylar captures the imagination with their ability to reek of class while simultaneously enhancing their music with electronic sounds and catchy elements.

Having the same feel as the track before, “Me, Myself and I” contains some of the most aggressive screams that are matched by clearer vocals. Oozing with frustration and anger in the verse, the chorus provides a sense of tranquility, allowing the listener a moment for self-reflection. Begun slightly more mellow with captivating guitars, “Dark Daze” shows what Sylar can do best with their varied vocal styles of screams, rapping, and singing. With a chorus line that is relatable as it is mesmerizing, with repetitive lyrics, it makes for a killer mid-album track. Contrarily, “South Street Lullaby” shows the Hardcore face of the band while Rap and guttural screams are intertwined on a frightening verse.

Panesso is arguably the band’s secret weapon and “I Know, You Know, I Know” contains the same elements and structure as previous songs, but in a tighter approach. Here, the sounds are atmospheric, refined, and perhaps the most radio-friendly of all, especially with the heady chorus. Continuing with the same emotion,“Gambit Rogue Delight” sticks with a groovy tempo and an epic instrumentation creating a certain indefinable melody that ties it all together. Like the rest of the album, this song is created on the Metal instrumental side with studio effects.

Speaking of Metal, one of the heavier tracks of Help! comes with “Pleasure Paradise.” A true Rapcore song with aggressive guitar riffs bringing to mind Crazy Town, strangely, near the end, a short passage reminds Drake’s singing style. Then, closing out the record, “Maintain Closure” starts out relaxing before pumping up the energy with a powerful instrumental, alongside some beautiful vocals where clear voices are ubiquitous.

With eleven tracks in total, Help! is coherent and deals with topics that could touch everyone. The majority of the record has a wonderfully positive vibe. All of the elements involved make for not only an energetic and indescribable experience, but one that will keep listeners engaged as the songs progress. Technically, there is nothing innovative, but Sylar is a promising young group that can bring up to date a past style of fashion. If this album was released ten years ago, it will be unquestionably a great success. Today, it may pass unnoticed in a saturated music industry, and that is truly sad. Difficult to discover gold nuggets, listeners should pan for Help! because this album penetrates the mind and leaves a deep mark with its emotional and heartfelt approach. CrypticRock gives this album 4.5 out of 5 stars. 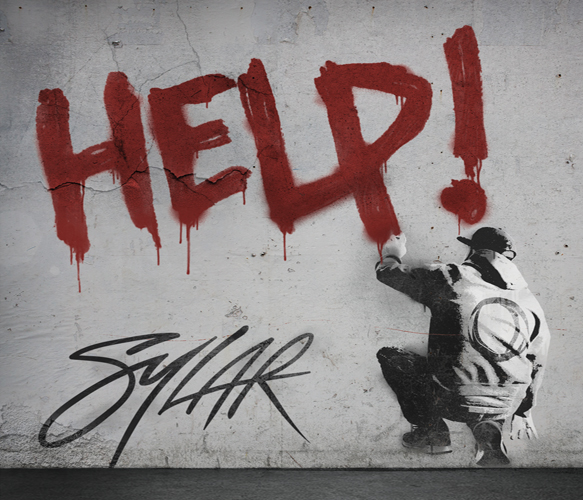