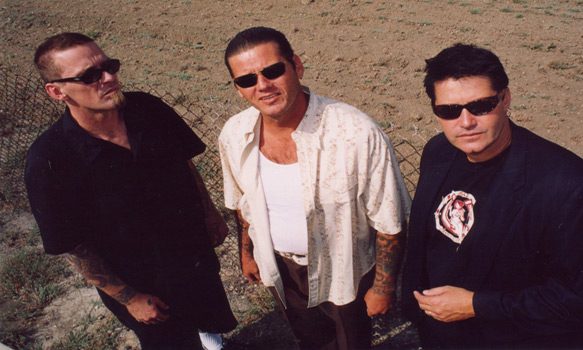 Considered to be founding fathers of West Coast Punk Rock, T.S.O.L. are ready to release a brand new album in 2017. Initially coming together out in Long Beach, California back in 1978, T.S.O.L. earned credibility on the scene with their 1981 debut self-titled EP. A positive start, thus began a discography that has slam-danced and moshed its way through a broad range of genres including Gothic Rock, Hardcore Punk, Horror Punk, Deathrock, and Glam Metal.

Short for True Sounds of Liberty, T.S.O.L. struck a nerve in the early 1980s. Now, nearly four decades later, original members Ron Emory (guitar), Mike Roche (bass), and Jack Grisham (vocals), joined by new member Chip Hanna (drums), return with one of their most inspired albums in decades, The Trigger Complex. Set for release via Rise Records on January 27, 2017, Grisham states, “It’s a great time to be making music; to have a voice that can be heard.” Going on, he adds, “I’m glad that things look bleak. Political turmoil breeds strength as well as strife. This record allows us to remind people that they aren’t alone. We’re here.”

Bold, but no less of an exciting statement from the vocalist, “Give Me More” kicks off the thirteen track album with the hard-hitting Punk vibe listeners love. Gluttony is the theme here, mirroring the cultural plague that is rampant with the one percent ideal. Next, “Sometimes” rocks with self-deprecating and self-absorbed lyrics. Transitioning to the down-tempo of “Strange World,” the track features a stellar build that highlights the fear prevalent in much of the world’s culture.

Inspiring the urge to mosh, uptempo rocker “Satellites” is a mix of Punk and Glam Rock mash together into a fun blast of angst. Very fresh, those who did not know any better may think the band is a bunch of punk-ass college students from the Orange County. On “The Right Side,” the grown ups call out the fact that politics shift perception. Then, nearly halfway through, “Why Can’t We Do It Again” is a flashback of fun and chaos while more keyboards and guitar work together in a melodic time capsule.

Released as the album’s first single back on November 25, 2016, “I Wanted To See You” can be viewed as a New Wave homage to the fans with its light vibe. Thereafter, “Wild Life” keeps that trip going, heavy on keys, making it an eighties dance party. Shifting to more intense sounds, on “Nothing Ever Lasts,” listeners receive a more mature sound. Leaning back toward the sounds of the album’s opening, “Going Steady” begins with a solid back line and heavenly guitar work.

Creating another new animal, “You’re Still The Same” mashes Glam and Surf Punk styles like Dick Dale on steroids. Heading toward the homestretch, “Don’t You Want Me” enters with restrained piano while the guitar is beyond belief. Possibly the best songwriting of the album, the composition, lyricism, and performance is incredible. Finally, “Bats” pulls in a lighter instrumentation that includes synthesizers and piano. With no other voice other than the music, the closing track reflects all aspects of the album from front to back.

Punk Rock has been a career choice for T.S.O.L. and standing firmly in that space is evident on The Trigger Complex. “The whole record is more of a throwback to what we grew up with…It’s not the noisy Punk that came out later on. This was more the Punk that was more Rock influenced without all the fuckin’ ego and attitude. We just wanna have fun, man,” explains Jack Grisham in a recent Facebook video post. Showing no regrets, but simply composed and executed, The Trigger Complex is a glorious album. CrypticRock gladly gives The Trigger Complex 5 out of 5 stars. 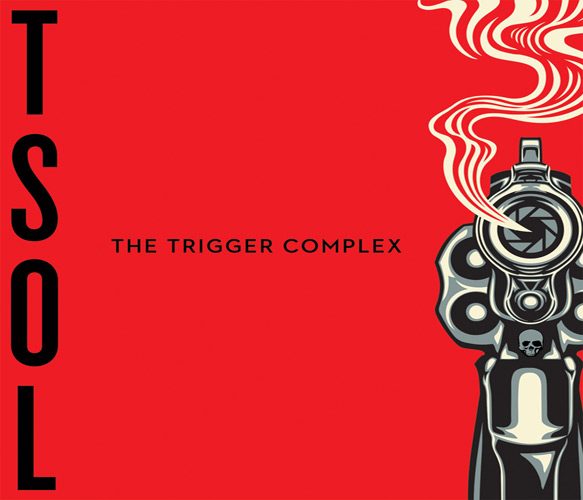