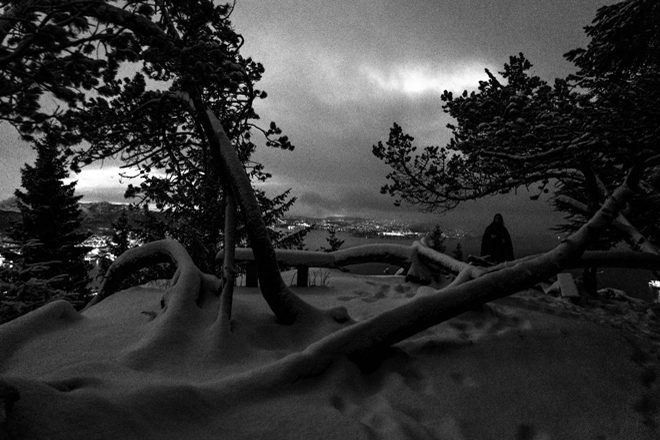 In the dark and sinister world of pure Norwegian Black Metal, Taake has been significantly at the forefront for over 20 years. Begun in the early nineties with purely evil demos and then studio albums, finally Taake returns with their seventh studio album, Kong Vinter, on Friday, November 24, 2017 through Dark Essence Records.

As documented in mainstream media, Black Metal often gets a bad reputation with those who cannot or will not bother to comprehend the meaning and driving force behind the music. It takes the strong-willed and open-minded to really see the value in this style of Metal, that while often is made a mockery of, should actually be seen in a serious light because it is actually a driving force and way of life that does not discriminate since everyone’s fate of an evil upheaval is equal.

In the case of Taake, a band with one consistent member and founder, really making it essentially a one man show, Hoest created all the music for Kong Vinter himself, along with being the main vocalist. While the general structure of the songs come from Rock-n-Roll and mainly the roots of earlier Norwegian Black Metal styles similar to Mayhem and Venom, the vocals are specific and Hoest has a very powerful presence surrounding everything he does that thrives as completely bad ass evil.

Conceptually, Taake usually puts forth lyrics involving murder or anti-religious themes, but Kong Vinter is seemingly a bit of a soft spot amidst a sea of anger and punishment. The title, Kong Vinter, which translates to King Winter, is a concept album which is less risky by nature than previous concepts. This is because it seems to be a depiction of a rough mountainous winter and the struggle to survive, served perhaps as a metaphor to other subjects, but not seeming to stray to far with. Since all is screamed and written in Norwegian, it is not super clear what the underlying intention is, but it can be understood because of the universality in the language of Black Metal.

Consisting of seven songs at an average length of over six minutes each, the individual stories have much to tell. There are also instrumental moments to be had and of all the elements, the weakest link in terms of creativity, is the drumming. Although, it is a typical styling of the Black Metal scene, it does not branch out of that comfort zone. Then, when remembering that one man wrote all the parts and put them together in a successful way, any shortcomings at all are soon forgotten.

One may ask, what is the benefit to producing an album alone. Simple, total control and no struggle to achieve the desired goals. The downside is to not have a fresh perspective on the music and running the risk of getting so submerged in the workings that coming up for air to see the whole picture from another angle no longer becomes an option.

All this in mind, there is “Huset I Havet” and right after is “Havet I Huset” which translates to House in the Sea and Sea in the House. They are full of lengthy chaotic instrumentals with minimal vocals and serve up an unrestful vibe that carries a bountiful weight on the album as a whole. Again, on the whole, it seems a little PG-rated in comparison to the concepts of earlier Taake work, but the evil melodies come forth in a very recognizable way nonetheless.

In a live setting, Hoest is left to focus only on the vocals while his live bandmates take over the rest of the daunting task of each composition. That in mind, fans hope Taake will return to the USA to support Kong Vinter. The underlying message that Taake sets forth time and time again is often misunderstood and, when exploring the Norwegian culture which has brutal winters and dominant religious views, this anti-establishment attitude is basically a tough cry for freedom. It is a free expression to relish in all that is deemed evil, but in reality it gives us the freedom to save us all, but only if people realize that not every Black Metal song should be judged by its title. Fighting the good fight is what it is all about, and for that reason, among others, CrypticRock gives Taake’ s Kong Vinter 4 out of 5 stars. 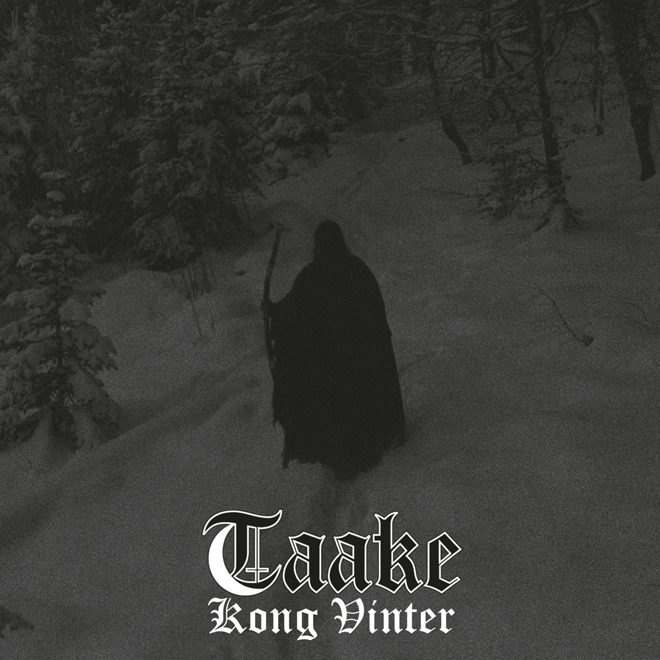