A great deal of movies are outstanding, but few revolutionize the industry. At least until the release of latest Drama/Horror/Thriller film entitled Tabloid Vivant. Honored as Best Feature Film – Audience Selection at Cinema at the Edge Independent Film Festival, Tabloid Vivant is now set for wide release in August of 2016. Written and directed by Kyle Broom, as his feature debut, prior to Tabloid Vivant, Broom was involved in the cinematography, and other aspects of the movie industry. A telling story with a strong cast, filming took place in Azusa, California, with the events of the film taking place in modern day. 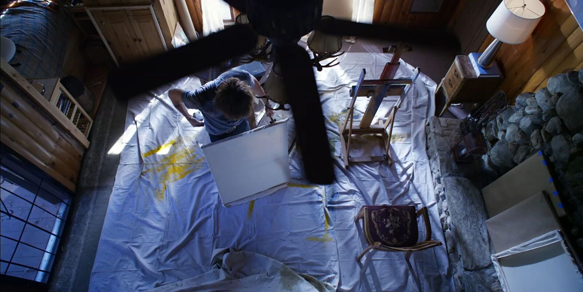 Max Klinkau is an odd, but brilliant artist played exceptionally by Jesse Woodrow (Charmed series, Something’s Wrong in Kansas 2008), meets art critic Sara Speed, played equally well by Tamzin Brown (Our Most Beautiful Love Stories 2012, The Adderall Diaries 2015), and instantly they both feel a unique connection. Sara is offered an opportunity to write an article for a magazine called Rampage, via a woman named Miriam (Amber Friendly: The Veil 2016, Children’s Hospital series). Max and Sara decide to collaborate on Max’s new project, which he believes will change the art, and world in general. Sara will record his process and turn it into an incredible article for Ramage, and ensure her a future with the magazine.

In order to concentrate effectively without distractions, Sara and Max stay at Max’s friend Rob’s (Chris Carlisle: 3-Day Weekend 2008, Dog Tags 2008) cabin in the woods. From the beginning, they become absorbed by Max’s piece, and it consumes their every thought and action. They begin an obsessive relationship, that complicates yet enriches each other and the project. Max begins speaking of art in terms of pixels, applying a never before seen depth to its meaning, perhaps too deep for others to understand. 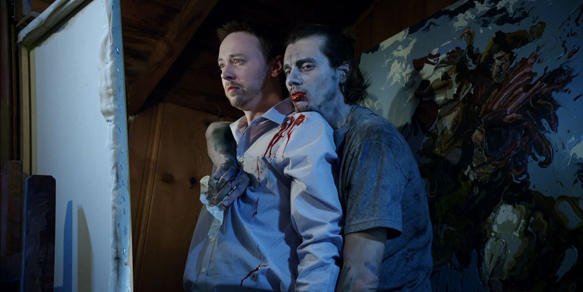 Miriam calls at regular intervals to check on Sara’s progress, and after being concerned, she visits them. After some initial worries, Miriam is confident in Sara’s abilities and leaves them to it. As the days go by, Sara and Max sleep and eat less, devoting all their time to painting. Sara sits in stranger and more unusual poses for longer periods, and they lose touch with reality. They begin to deteriorate mentally and physically while their collaborative effort thrives. Driven by an unseen force, Max and Sara work themselves to death to create something so unique, no one will never be the same. When Rob arrives, he is deeply disturbed by what he finds, yet, once he sees what they have created, he soon agrees.

With touches of Dorian Gray and Frankenstein, just like Sara and Max, their story is told in crazy, unusual, and unique ways. Rather than slotting backstory into the narrative, it is told via seaways that reveal different aspects of the story and characters. The cinematography by Laura Beth Love (Jailbait 2014, Sharknado 3: Oh Hell No! 2015) is likewise edgy, gritty, and uses many techniques. Frankly, the viewer is never quite sure what they are going to get, and it works. Scenes go from first person perspective, to third, to film noir. The story is fast-paced, dark, and at times grotesque, but beautiful. Tabloid Vivant does for the film industry what Max’s painting does for the art world. If this is what Broom’s first offering looks like, movie viewers are in for an amazing time in the future. Woodrow and Brown carry the majority of the film on their own, completely delving into their characters, and making them theirs. 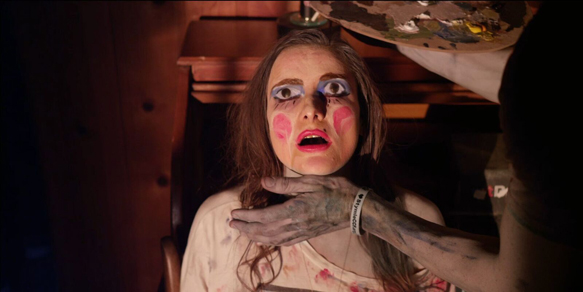 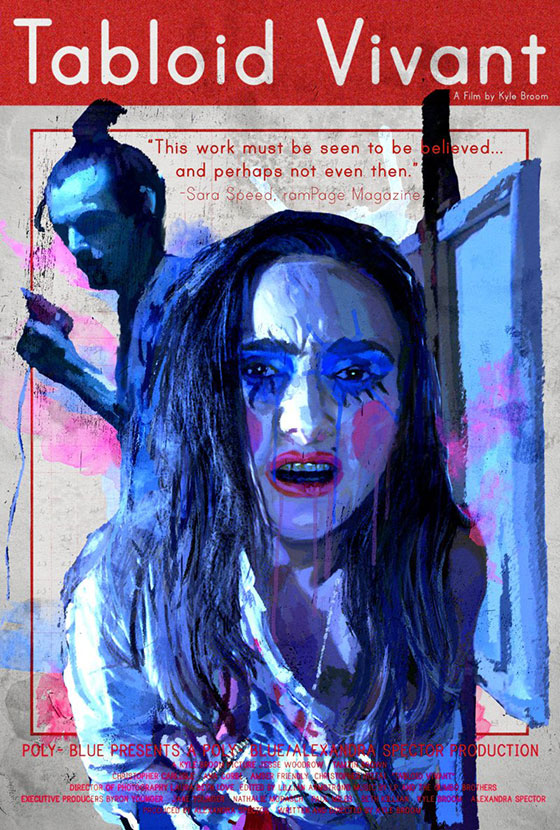