“What sort of rational man believes in justice?” The words that James Keziah Delaney shares with Mr. Chichester when he is visited by the man inquiring about the sinking of the slave ship, The Influencer, and the involvement of Sir Stuart Strange from the East India Trading Company. They are also the words which will persistently linger in the backs of viewers’ minds, whilst also being intermittently susurrated back to them like the whisper of a ghost in their ear; they are words which unleash a chain of events that result in a revolution. 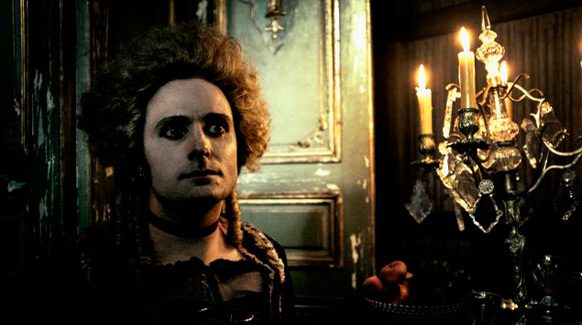 In the last two episodes of Season One of Taboo, viewers boarded and rode a rollercoaster that started with a bang and smoothly built further upwards towards its peak, right before taking off through a mesmerizing excess of tunnels, twists, and turns that left onlookers with their heads and hearts racing; as the ride was both intensely emotional and unbelievably enthralling all at the same time.

Episode Seven, which initially aired on February 21, 2017, at 10PM EST on FX Network, was the road to war; a war in which three individual establishments were all fighting for the prized Nootka Sound, and it was every man for himself. As the burning of bridges began and battles were fought, lines were drawn and it was ultimately James against the Crown, the Company, the Americans, and even himself.

James struggles with the loss of Winter, and is torn up with the guilt of not knowing with certainty if he was capable of the cruelty that befell her. Tensions rise between James and Helga, and betrayal is brewing, just moments away from boiling over. James eventually shares a moment with Winter, asking her what happened to her and assuring her that she is “among them now, the ones who used to sing” to him, suggesting James possesses some degree of psychic ability; an ability which has been previously highlighted in past episodes, but for which the scope of is still not fully realized.

What is known about James Delaney is that he has the gift of foresight and premonitions; he is able to see and communicate with the dead; he meditates and appears incredibly spiritual to a certain degree; and he is unable to connect with people, as he keeps himself isolated and emotionally vacant. He is also so hyper-aware and intuitive that he is able to strategize a plan with increased precision, and watching him execute it is like watching the legendary Garry Kasparov play a game of chess. 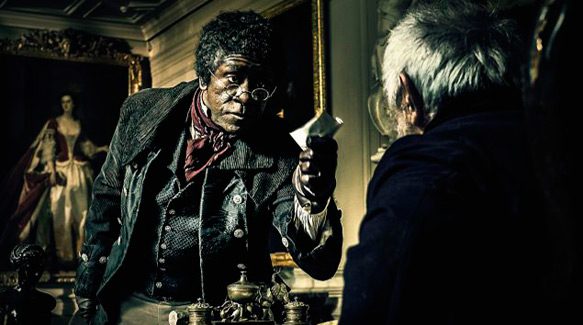 With this combination of aptitudes, it is not completely foolish for one to assume that James may actually be empathic; an ability which allows someone to emotionally connect with people and/or animals on a level so deep that their pain becomes one’s own. Any seasoned empath that feels that deeply learns to block it out. They learn to shut down their emotions, and because they must do so, so frequently, they come off as cold and indifferent before long.

Episode Seven is the episode of revelations when information is exposed that leaves viewers knowing exactly what roles James and Strange played in the sinking of The Influencer, what really happened during James’ time spent in Africa, who was really responsible for the death of young Winter, and the fate of James and Zilpha’s relationship; in addition to a heartbreaking confession that verifies the death of Horace Delaney came at the hands of another.

Engstrom masterfully directed the season’s concluding episodes after effortlessly picking up where the stunning success of Nyholm left off, and continued the story with such fluidity and cohesion. The meticulousness, with which this series was written, directed, acted, filmed, and scored, greatly exceeded any and all expectations most viewers held going into it.

After the Company and the Crown find and seize their opportunity to take James into custody for high treason, they torture him for information regarding the Americans and his other co-conspirators. Making only one demand, James’ threshold for pain withstands the efforts made by Coop to extract information, forcing the Prince Regent to oblige him and set up a meeting with Sir Stuart Strange in a private cell. 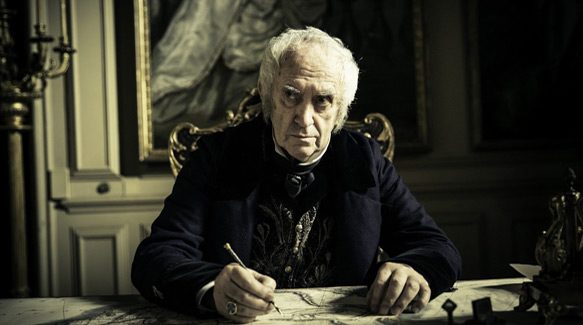 Just before being imprisoned, James set into motion a plan that turned the finale into an overwhelming emotive expression which afforded viewers the rare opportunity to know what it feels like to actually observe an artist create a truly artistic masterpiece from start to finish. Watching James’ master plan unfold was like being there to witness Leonardo da Vinci paint the Mona Lisa, and getting to feel that moment of profound enlightenment that initiates critical thinking and somehow changes the way one once viewed themselves or some part of how the world worked.

He rallies his troops from within the tower walls, and executes a plot which results in a number of significant wins, as well as detrimental losses, for the otherwise underestimated League of the Damned. James ends up making a deal with the Devil, but unlike most that face-off against the Devil and lose, he ends up like Spanish historical legend, Cantuña, who successfully got the upper hand by tricking the Devil. His prayers are answered and his soul remains intact.

The dialogue was eloquent and poetic, spoken in metaphors and allegories with such sincerity and conviction. The cast of Taboo effectively conveyed emotions which the audience could not help but exude; such pain, sadness, and grief that hit one like a ton of bricks. But just as bitter as the bitter gets, so does the sweet. Viewers’ hearts leaped with excitement over each small victory, and rejoiced in each blow made to any one of James’ enemies.

The show has spent the last seven episodes building up to what turns out to be a spectacular showdown between the Crown and the League of the Damned; an ending which fires up viewers to maintain rooting for James and his condemned crew, cursing the Crown and the Company, and restoring their once questioned rational beliefs in justice, as James and his cohorts seek to start their lives over as adventures hell-bent on having it all. From scraped up to mortally wounded, the freedom that so many lives have been sacrificed for, is now appearing more attainable.

How is it that this show has managed to create such a deep and intimate connection between audience and characters, especially when they are still so blanketed in mystery? They are puzzles that have slowly been feeding viewers pieces throughout the first season, and now that it has concluded, the audience is craving more. They want to know the characters’ backstories, as well as wanting to know what the future holds for them. Because the show has viewers completely obsessed for a number of redeeming reasons, CrypticRock gives Episodes Seven and Eight of Taboo 5 out of 5 stars. 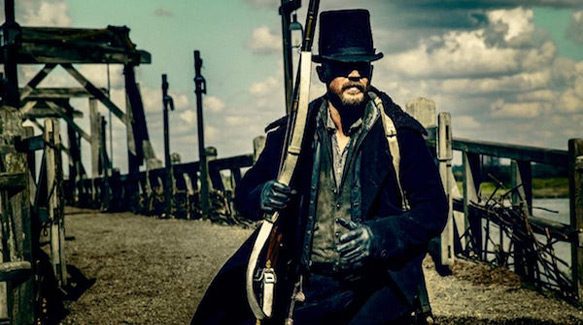