His competition is vicious, and the fuel that ignites his revenge is killing them all. This said, episode three of FX’s Taboo opens with a dreary scene along a mucky beach where a body lays bearing that of a silver tooth. Children happen to come upon the body and attempt to further investigate it, until they open his shirt and crabs come crawling from the cavernous opening in his hollowed chest cavity. Winter, played by Ruby-May Martinwood (making her acting debut), retrieves the silver tooth from the mouth of the murdered man. 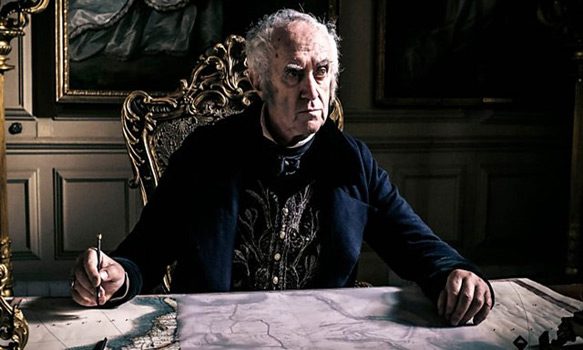 James Delaney (Hardy) narrowly escapes the clutches of death, yet again, but now finds himself at the mercy of Dr. Dumbarton (Michael Kelly: Changeling 2008, Now You See Me 2013) who is moonlighting as a spy for the American Free 15. At first, it appears that the doctor is attempting to suture James’ wounds, but then, as the conversation progresses, Dumbarton lets James know that he had him followed and his little bird witnessed the horror, savagery, and animalistic brutality that James unleashed on the assassin.

The audience is granted glimpses from James’ memory of what occurred during that attack. Upon further discussion, Dr. Dumbarton demands information from James in exchange for stitching him up, and later resorts to torturous scare tactics when he sees that James is capable of “taking pain like a stone.” The two men eventually negotiate a business agreement that leaves the pair as unlikely allies.

This episode also provides viewers with more insight into the ostentatious, pompous, extravagant Prince Regent, (Mark Gatiss: Sherlock Series, Match Point 2005). Wide angles in the castle capture the man’s collection of exotic, overstated, and ornamental taxidermy animals that play to the Prince’s disregard for life he considers to be beneath him. James proves resourceful in scheming and setting into motion events that would create tensions between the Crown and the Company, and in doing so, also ensures the price on his head be removed for the time being.

This installment also brings about the reappearance of James’ visions of the white-faced woman dressed in black feathers, bearing the band of black makeup across her eyes as she wades in waist-deep water. It is also learned that the bird etching which James chiseled into the floor of his newly purchased boat in Episode two is a recurring symbol that means more to him than he even knows. Winter tells James that she knows the bird is a Sankofa, and that she knows it is the same bird which has been branded into his back; suggesting she knows much more than she lets on, but every conversation she and James has reveals that fact in small, often overlooked pieces.

James again sees the bird when he goes through his mother’s room, while playing with her makeup. He once more has visions of the woman, that some would assume depict his mother, which leads him to uncover the same bird decorating the back of her boarded up fireplace. The significance of the Sankofa is still unknown at this time, but seems to be the key to unlocking the horrors of what happened to James while in Africa. 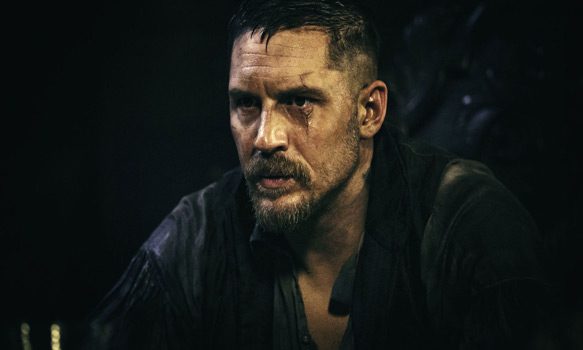 James continues to build alliances with people in both low and high places. He seeks out those who could prove most useful to his cause, regardless of their social standing or reputations; as he actually seems to prefer the outcasts. He also exhibits a beautiful compassion for the poor, the pathetic, the shamed, the forgotten, and overlooked; a quiet compassion that flickers and provides hope that there is still humanity within this man that has been marked by tragedy.

The relationship between James and Zilpha (Chaplin) continues to create confusion and uncertainty for the audience, as they exchanged many letters between each other during this time. James promises to take down the Company so that they may leave together, but Zilpha does not respond in kind.

Together they are filmed closely when responding to the letters they receive from one another; and while James’ eyes portray a devotion and determination to win back Zilpha, hers reveal nothing but denial and restrained, guilt-stricken desire. She agrees to meet with James, where she leaves him with an unforgettable, final goodbye. James’ persistence up until this point suggests that it is not going to be that simple for her to keep him away, especially as she struggles with her own damaged and punishing marriage.

The arrival of Lorna Bow (Jessie Buckley: War & Peace TV series, I’d Do Anything TV series), the alleged widow of James’ late father, unexpectedly shows up at the Delaney home demanding her half of the house, amongst other things. James is certain she has been planted there by the Crown or Company, but he obliges her and gives her a room. It is made very apparent that any and all that bears any meaningful connection to James or the Nootka Sound, quickly become targets of both the Crown and the East India Trading Company. It will be interesting to see the direction the story goes and the mysteries that will be uncovered in later episodes. Impatiently waiting on what is to come, CrypticRock gives episode three of Taboo 5 out of 5 stars. 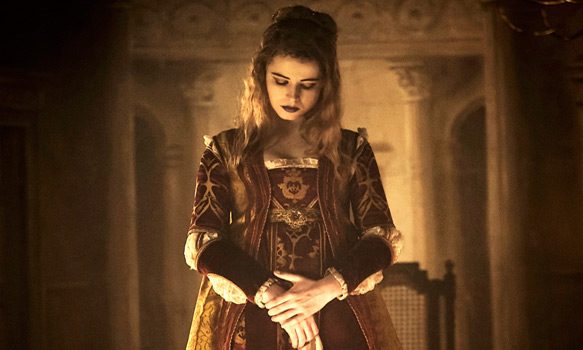