Skeletons fly from all directions when the closets they have been recklessly crammed into begin bursting at the seams. Episode 5 of FX’s Taboo, which initially aired on Tuesday February 7th at 10pm EST, was overflowing with secrets that have finally begun to find their way to the surface. These are the kind of secrets that could lead to destruction and disorder if discovered by the wrong individuals. 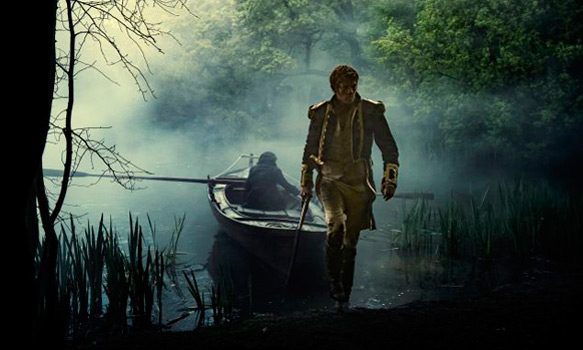 Looking back, the first half of the season, Episodes 1 through 4, were so beautifully directed by Krystoffer Nyholm. Now viewers are expecting the second half of the season, Episodes 5 through 8, to show that same level of mastery and precision with new Director Anders Engström (The Kiss of Evil 2011, Vares: The Path of the Righteous Men 2012). That said, Episode 5 provided the audience with just a taste of what Engström has to offer the series, which has become an instant favorite.

The episode opens with Geary (Hall) and James (Hardy) separately departing, by way of small row boats, from the piece of land where some of the remaining partygoers from the ball stand. The atmosphere is foggy and foreboding, creating a sense of danger and apprehension as the camera captures each man’s brief journey across the water to a small island that rested just on the other side. Geary looks as though he is driven by rage and fueled by a combination of fear and alcohol-induced arrogance; meanwhile, James is just the opposite, remaining calm, cool, and collected.

The men reach the island with a doctor, a lawyer, and a duel overseer who explains the rules of dueling as they are laid out in the law. As stated by the man presiding over the duel, the duel will only go on until first blood is drawn, and each duelist must have a second person with them. Geary came prepared, but James did not have a second; luckily for him though, Lorna (Buckley) trudged through the shallow water to stand by his side. Geary’s second loaded the pistol, while James prepared his own. The men take their places, and the duel is underway.

The men approach one another and Geary gets off the first shot and hits James dead center of his heart, and yet he is unscathed. James then walks right up to Geary and aims his gun, point-blank, between his opponent’s eyes, pausing for a long moment to feed on the fright that washes over Geary’s face as he makes obvious the fact that he has total control over his adversary’s life. James informs Geary that he was sabotaged by his second and uses his single shot to kill the Company man. The duel is ruled void and both men are free to go home. 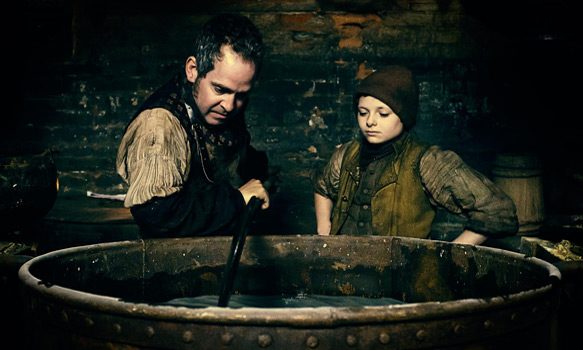 In this installment of Taboo, viewers are given a much more comprehensive view of the utter explosiveness of Zilpha (Chaplin) and Geary’s relationship, as Zilpha continues to struggle with her subconscious desires. The way that Zilpha is treated and spoken to by Geary is absolutely atrocious. The amount of psychological, emotional, physical, and sexual abuse she must endure is portrayed violently and to graphic lengths. Later, Geary, unable to deal with his wife’s “inner demons,” contacts a vile priest to perform a disgusting and despicable excuse for an exorcism to rid her of what he believes are actual demons introduced into her body by her half-brother, James, so many years ago.

The relationship dynamics within the Delaney home seem to be evolving as well, as Brace (Hayward), Lorna, and James are still learning how to live and interact with one another. The tension that once filled the house seems to be dwindling down now, as James and Lorna are now comfortable enough around each other to make jokes and sarcastic remarks. The only stresses that befall them now are when Lorna brings James’ father’s trunk into the house, which Brace worries “holds the truth,” and James burning its contents with little regard for what his father left him. He is only interested in finding the Nootka Sound Treaty that states the land was purchased and not taken.

Brace and Lorna are also concerned for James’ safety as news spreads that anyone caught in connection with the saltpeter robbery will result in hangings, and the Crown is even offering a reward for any such information. James uses this to ensure the loyalty of his League of the Damned, having little tolerance for betrayal and treachery. He rules his crew by intimidation and fear, especially after showcasing his brutality and claiming to always be inside their heads, knowing each and every move they make before they ever even make it. 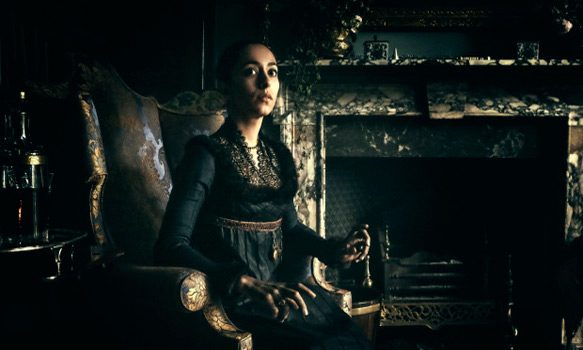 Cholmondeley (Hollander) is continuously working on making the gunpowder James needs to trade with the Nootka Indians, but he needs an assistant, so James takes the young boy that is living at the cattle ranch where the gunpowder is being made and burdens the boy with the truth about the stolen saltpeter before giving him to the chemist to be his apprentice. On his way to the ranch, James realizes he is being followed, so he handles the rat and sends a message to whomever sent him, as James only knows how.

Dumbarton (Kelly) demands the gunpowder that James is making, but needs it much sooner than it can be prepared, so he requests they use chlorate. When James asks Cholmondeley to add the chlorate to reduce the preparation time for the gunpowder, he gets angry because doing so would be very dangerous and make the compound incredibly unstable and likely to explode. They are in no position to argue though, as the Americans have given them no choice. The chemist then reveals a secret about his young apprentice that catches James off-guard, but even still, nothing changes his mind.

The Crown and the Company continue to increase hostilities as the Crown is conspiring against the Company for the stolen saltpeter, threatening to bring charges against them for negligence and even compliance with those that stole it. Nothing creates more friction though, than the royal commission that is granted to Mr. Chichester – played by Lucian Msamati (The International 2009, Game of Thrones TV series) – by the Prince Regent (Gatiss) to investigate the sinking of the illegally boarded slave ship, The Influencer, which resulted in the deaths of 280 slaves and belonged to the East India Trading Company.

Overall, Engström has certainly risen to the occasion, allowing the story of Taboo to unfold with such fluidity and cohesion. Because this episode of Taboo is filled with so many surprising revelations and exceptionally continues the story with such keen accomplishment, CrypticRock gives it 4.5 out of 5 stars. 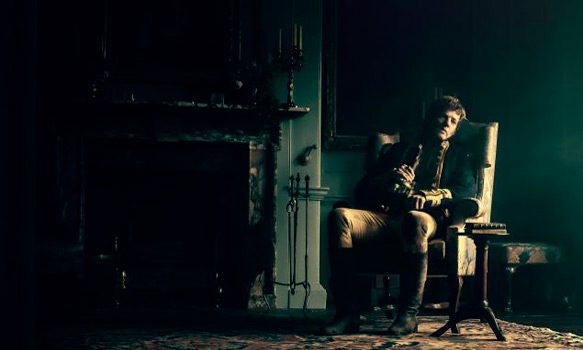