The FX series Taboo continued to explore a compelling story in Episode Four when airing on Tuesday, January 31st at 10PM EST. Armed with his very own powerful coalition comprised of the condemned – which coincidentally comes to be known as the “League of the Damned” – James Delaney (Hardy) makes strategic maneuvers that neither the Crown nor the Company are prepared for, thus solidifying his partnership with the Americans.

The episode begins with serene imagery of James floating face down in a large, clear water source; presumably meditating, as water seems to be a recurring symbol within his frequently induced altered states of consciousness. Could the water be a sign of cleansing? In dreams, being underwater typically represents the seeking of inner guidance or uncovering repressed emotions or memories, which James appears to do quite often. 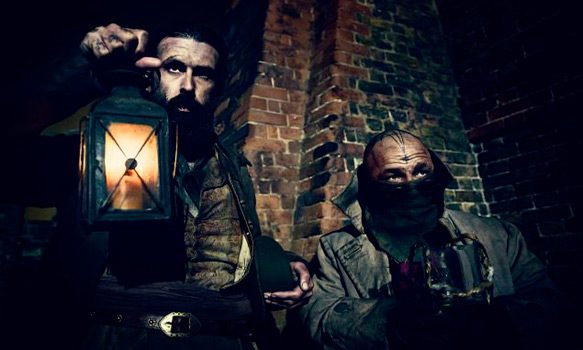 After Lorna (Buckley) finds herself a wanted woman for falling for the Crown’s carefully devised scheme to ignite her inner fighter, she is picked up from the Delaney home and placed under arrest for the attack she made on the Duke of Richmond after an unwanted sexual proposition made by him and his wife.

James ensures her that her freedom will come with an ultimatum from the Crown and that if she perseveres through whatever horrors they might intimidate her with and holds out on signing off on any papers presented to her, he will make certain she is released. Lorna’s loyalty is tested by the insufferable Soloman Coop, played by Jason Watkins (The Last Honour of Christopher Jeffries 2014, Trollied series), but will she sell James out to spare herself any suffering, or will she stand strong in the face of adversity and await rescuing from the man that continuously appears indifferent to the plights of others?

The relationship between Zilpha (Chaplin) and James is further convoluted when Zilpha succumbs to her hidden desires and becomes immersed in a moment of ultimate passion and pleasure, leaving the audience to realize that some things are not quite what they seem. It is later suggested in the episode that what appeared to be an instant of private elation was one actually shared by the two via “a gift” which James reminds Zilpha he possesses; a gift that she asserts is the work of dark forces.

As James further expands his business dealings, he adds a couple new members to his damaged but effective League of the Damned, including the curious chemist, Mr. Cholmondeley, played by Tom Hollander (Pirates of the Caribbean: Dead Man’s Curse 2006, Mission: Impossible – Rogue Nation 2015), and the young lady of the evening, Brighton, played by Fiona Skinner (A Royal Night Out 2015, Our Girl 2013). Additionally, there is the return of Helga (Potente), the madam whore; Godfrey (Hogg), his man inside the Company; the scheming Atticus (Graham); and the solemn French Bill played by Scroobius Pip (The Summit mini-series, The Bastard Executioner series). It is within this installment that viewers begin to realize that James’ selection of recruits is based very little on compassion and more so on their expendability, stating, “I don’t keep anyone around me that doesn’t deserve what they get.” The clear impression is that the loss of any one of these individuals is almost expected, and will not weigh heavily on what little conscience the man seems to have left. 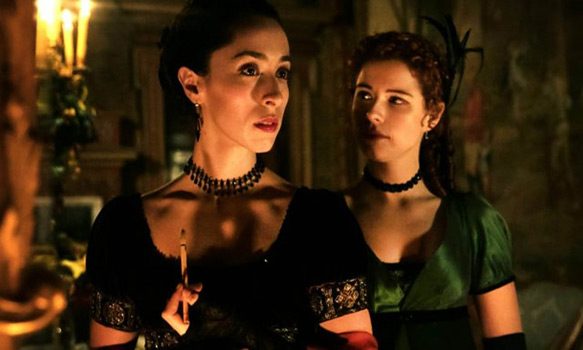 In the process of further perpetuating the bad blood between the Company and the Crown, James has found himself blacklisted from purchasing gunpowder, which he needs to establish the monopoly he wishes on tea. This is where Cholmondeley’s expertise comes into play, as he claims he can create gunpowder for James, so long as he has the proper ingredients; ingredients James must plot to steal from the East India Trading Company Docks.

With a carefully calculated plan in tow, Delaney leaves the thievery to his miscreants while he and Lorna attend a ball for the notoriously debauched Countess Musgrove – played by Marina Hands (The Diving Bell and the Butterfly 2007, Lady Chatterly 2006) – someone discovered to have strong ties to the Americans.

James’ brutality is again witnessed when he deals with yet another attempt on his life. His hyperawareness of his environment coupled with his spot-on intuition makes it difficult for anyone to get the jump on James. He executes so effortlessly, without guilt, and with a level of cruelty and viciousness that leaves viewers with images of his kills invading their minds long after they are over.

The episode ends with an intensely volatile exchange between James and Zilpha’s husband Thorne Geary, played by Jefferson Hall (Sherlock Holmes 2009, Vikings series) that results in a decision having to be made about the fate of one or both men. Because Taboo is so beautifully constructed to where it always leaves the audience wanting more, CrypticRock gives Episode Four 5 out of 5 stars. 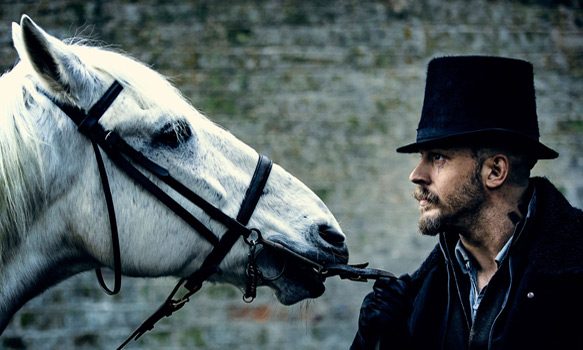