When something is marked as being “Taboo,” association with it is typically forbidden or restricted from a particular culture or society. Taboo is a series which touches on the forbidden and restricted, whether it is with regards to people, places, occurrences, politics, business, or religious practices. Directed by Kristoffer Nyholm (The Killing series, The Enfield Haunting 2015), the series first premiered on FX Network January 10, 2017, and BBC One on January 7, 2017 via Hardy, Son & Baker and Scott Free Productions. The creators of this dark Drama series include Tom Hardy, his father, Chips Hardy (Dave Allen series, Helping Henry series), and Steven Knight (Eastern Promises 2007, Peaky Blunders series). 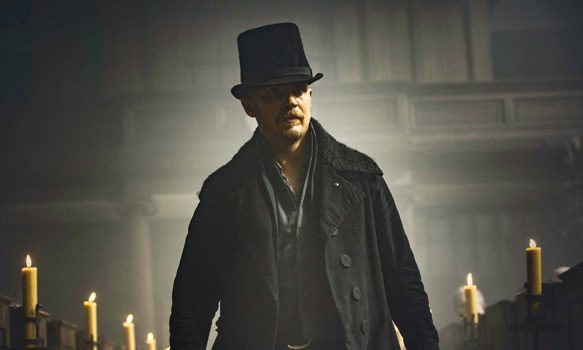 Additionally there is Leo Bill (Alice in Wonderland 2010, 28 Days Later 2002) as Benjamin Wilton, Stephen Graham (This is England 2006, Gangs of New York 2002) as Atticus, Franka Potente (The Bourne Identity 2002, Run Lola Run 1998) as Helga, and Jessie Buckley (Jack and the Cuckoo Clock Heart 2013, War & Peace 2016) as Lorna Bow, amongst many others, that come together to flawlessly tell this tale of tragedy, mystery, peril, and politics.

Taboo is the story of a man that returns to London after his father has died, to revive his family’s businesses in the early 1800s, and with the help of his family’s faithful butler, Brace (Hayman). James Keziah Delaney (Hardy) is a man with many secrets, haunted by many demons, and was believed to be dead after he fled to Africa 14 years prior to returning home. He comes off as a rather cold and emotionless individual, and his eyes bring forth a level of intensity that is only seen in those who have waged wars against evil and lost. 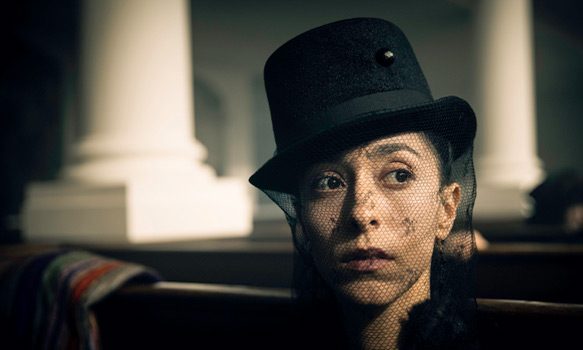 James bares facial scars that pale in comparison to the scars that hide beneath his rough exterior. It is discovered early on that James’s mother was a Nootka tribeswoman whom his father had attained when he purchased the “cursed” Nootka Sound territory, which James then inherits from his father. With both of his parents dead after descending into madness, rumors fly throughout London that James too is afflicted with the same lunacy. 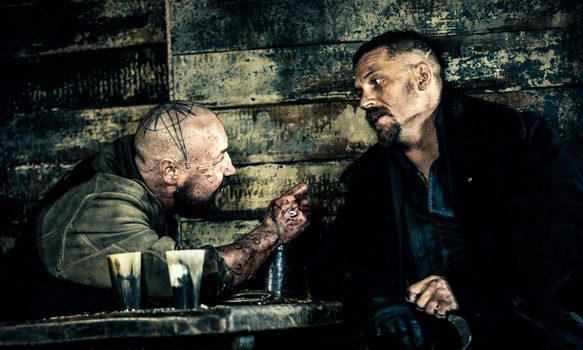 James has a half-sister by the name of Zilpha Geary (Chaplin) whom appears to have shared a much deeper, more intimate relationship with her brother than that which siblings usually share. They exchange glances and words that would indicate hidden feelings still stir between them, even as Zilpha, who is married, tries to deny those feelings to both herself and James. Zilpha is the only remaining thing that James seems to be able to love, as he has been severely emotionally scarred by whatever happened to him in Africa. The viewers are given brief glances of the horrors that haunt him in the form of fleeting flashbacks or ephemeral visions.

While attempting to build his own shipping empire, James encounters many enemies along the way, most notably the atrocious Sir Stuart Strange (Pryce), head of the East India Trading Company. The Company men attempt to purchase the prized piece of property James inherited, but he refuses to sell Nootka Sound, as he himself wishes to set up trade with the land that is overrun by tribesmen. Each step James makes towards establishing the Delaney Nootka Trading Company, the harder the opposition strives to permanently remove him from the competition. James then aligns himself with plenty of pitiable people in ideal positions to gather invaluable information for him on those who desire to see him dead. 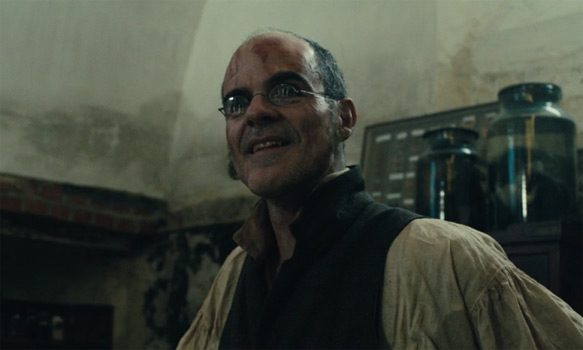 Joanna Eatwell (Einstein and Eddington 2008, Hawking 2004) is spot-on for creating the looks associated with that classic Victorian Era style that was so popular in London during that time. The division between the impoverished and the prosperous is perfectly captured in the makeup and wardrobe.

Furthermore, Mark Patten (Morgan 2016, The Martian 2015) does an exceptional job of allowing the story to visually unfold in a way that effortlessly flows and draws the eye to subtle nuances that are important in keeping the viewers constantly engaged. This is just the tip of the iceberg though, as the series is only two episodes into it, so it will be exciting to see how the story progresses. Looking forward for more, CrypticRock gives Episodes 1 and 2 of Taboo 4.5 out of 5 stars. 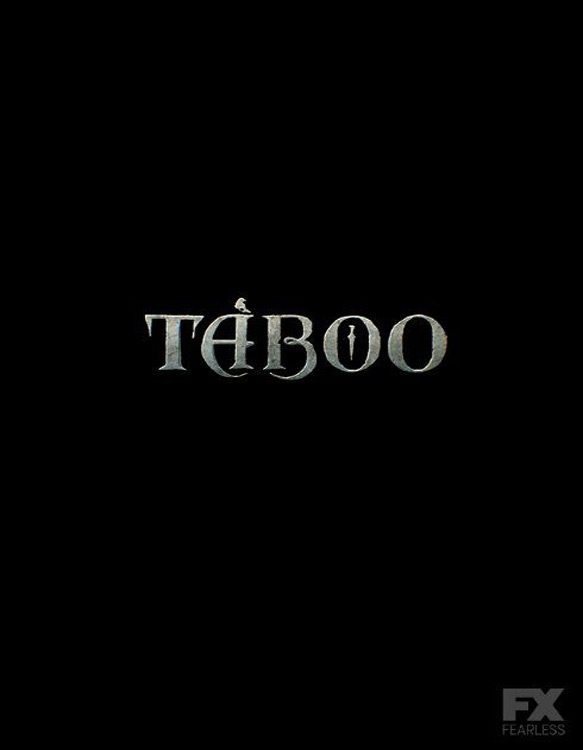