A popular Taiwanese urban legend known as “The Little Girl in Red” describes a family that went hiking in the mountains in 1998, where they recorded their adventures on home videos so that they may relive those memorable moments whenever they wanted to. One year later they watched the movie and realized that they had captured something on film which they had no recollection of actually witnessing on their trip. To their surprise, they discovered that they were being followed the entire time by a little girl dressed in red, who is believed to have been a Moshenzi, or a mountain-dwelling demon that ordinarily abducts the elderly and children. It was this particular tale that inspired the exceptional 2015 film The Tag-Along, as well as this newest installment. 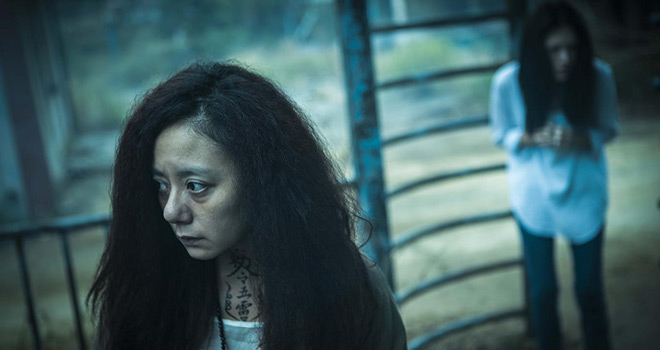 The Tag-Along 2 is the unique Taiwanese Horror/Thriller that initially received a limited theatrical release on September 22, 2017, via Cinedigm. It will soon be made available though, on Digital and On Demand, on Tuesday, February 6th, as well as a DVD release that is expected to follow shortly thereafter on April 3rd via Crimson Forest Films.

Coming together again to work on the sequel were Writer Shih Keng Mien (Wei xian xin ling series, The Victim 2006) and Director Cheng Wei-hao (Who Killed Cork Robin? 2017, The Death of a Security Guard 2015). The film was also made in conjunction with CMC Entertainment, HIM International Music, and Lots Home Entertainment.

With that being said, this sequel was able to achieve something that very few sequels are capable of doing, and that is being either comparable to, or even better than, the original from which it spawned. One of the reasons this sequel can be considered among the latter is because of the commendable cast, which included Rainie Yang (Spider Lilies 2007, Hi My Sweetheart 2009) as struggling single mother and social worker, Li Shu-fen; Wei-Ning Hsu (White Lies, Black Lies 2015, Mischievous Kiss series) returning as Shen Yi-chun; Francesca Kao (Fang cao bi lian tian 2009, Shu guang 2009) as suspect mother currently under investigation by Social Services, Lin Mei-hua; and Shao-hua Lung (The Taste of Dang Liang’s Family 2015, Tian ma cha fang 1999) as Master Long, amongst others.

Continuing with the original storyline that left viewers hopeful for a sequel, The Tag-Along 2 also intriguingly delved more into the history and background of the Little Girl in Red, uncovering the circumstances of how she truly came to be. In an effort to leave viewers surprised by each gripping moment and twisty turn, little will be revealed regarding the film’s plot. What can be said is that the Little Girl in Red is back to abducting people, and now she has decided to prey on a troubled young teen that soon goes missing. Her mother then begins a relentless search for her that leads the mother down a wickedly winding path which unravels the mystery of the famed yet feared mountain entity. 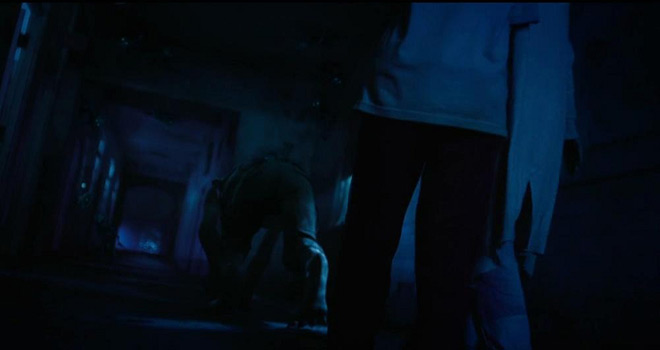 It is safe to say that Asian Horror films are amongst some of the most revered within the Horror community, and that, in part, probably has a lot to do with the fact that they exceptionally create such an intense and heavy atmosphere with such flawlessness. It is precisely this kind of ambiance that is best suited for generating an unshakable fear which pervades viewers; unknowingly accumulating until it transforms into anticipation, panic, and paranoia. Once the floodgates of fright have been opened, and it hits unsuspecting audience members like a tidal wave, what is left are viewers so incredibly keyed up that even the slightest movement in the shadows or a startling sound effect could chill them to their very cores and leave them covered in gooseflesh.

In addition to establishing such engrossing atmosphere, Asian Horror also typically includes other effective elements which many consider synonymous with shock, dread, and trepidation; some of which may include creepy form(s) of Body Horror and/or contorted figures that move in unsettling and unnatural manners; or Psychological Horror that often jumps rope with that little thin red line which exists to differentiate its use from being deemed either entertaining and engaging, or exhaustive and excruciating. Finally, most Asian cultures are very rich with superstitions, traditions, and folklore; which are three valuable components that are assured to evoke an eerie uneasiness and conjure up top-notch terrors.

Bearing all of that in mind, Taiwan is not exactly known for its contributions to the Horror industry that other nations such as Japan or Korea are known for. The Tag-Along was really a game-changer that finally put it on that map, and with the sequel now following with such success, Taiwanese directors like Cheng Wei-hao are making it their mission to explore and expand the otherwise uncharted cinematic territory. 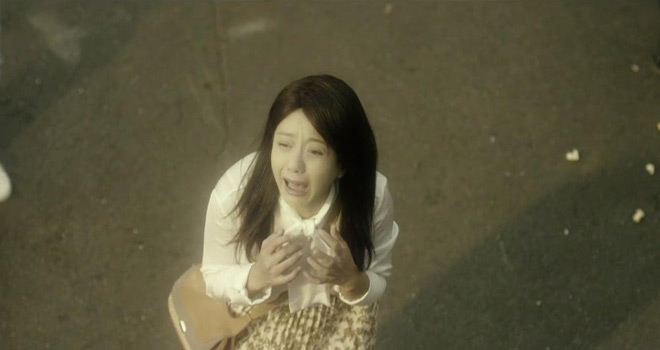 This movie was a visually-striking ghost story that accurately reflected the rituals, traditions, and overall superstitious belief system of the culture for which they intended to portray. The sound effects and score played a crucial role in building the atmosphere, and the pacing kept viewers captivated by always giving them a little taste with suspenseful subtleties before hitting them hard with the bigger, flashier thrills.

The genuine scares and physical symptoms associated with watching this movie – chills, chest pain, anxiety, jumping, screaming, trembling, holding of one’s breath, and the hairs raising on the back of their neck – are reason enough to make it worthwhile of a viewing. Add beautifully vivid imagery, special effects, great direction, fine performances, and an interesting foundation for a storyline, and viewers will be glad to add this sequel to their Horror collections; which is why CrypticRock gives The Tag-Along 2 4 out of 5 stars. 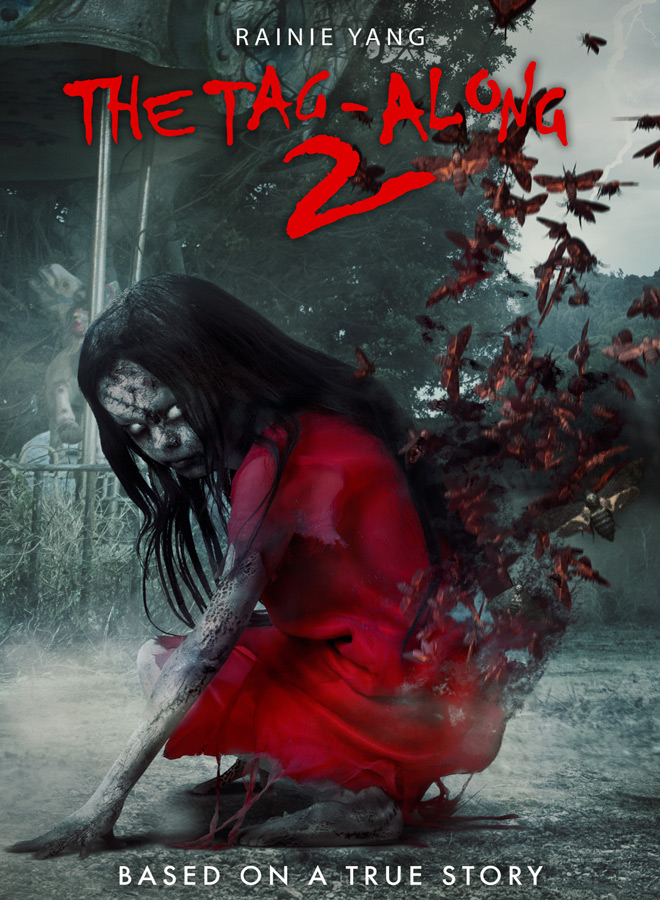