It Takes from Within (Movie Review)

There is an old saying from an old television show that once boasted the lyrics “You take the good, you take the bad, you take them both and there you have—the Facts Of Life;” and while those very lyrics can be said for many different things that occur during the course of one person’s life, the same could be said about a movie that has both great and bad ideas running through its time length. Those lyrics could also be used for certain movie critics tasked to write a review for a movie that did not quite grab the attention the way it would for another person. Different opinions, though, is what keeps many conversations deep between distinguished people just as passionate about watching movies, as there are those who work very hard to make them. 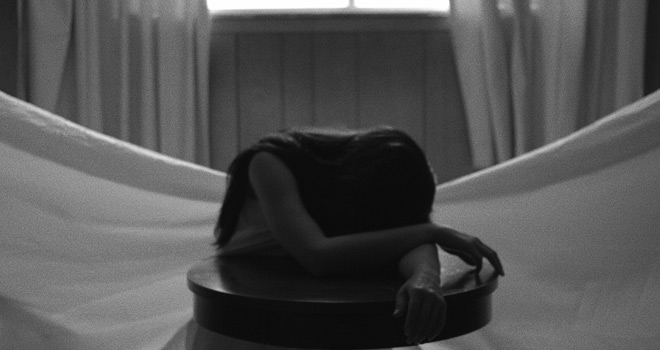 Take Writer/Director Lee Eubanks, for instance, whose first full-length feature, It Takes from Within, debuts on DVD Tuesday, January 30th, 2018 thanks to First Run Pictures. Eubanks (Os 2010, A Fold Apart 2012) created a nightmarish dreamscape surrounding two unnamed but well-dressed people on their way to a burial of some sort.

Filmed in gorgeous black-and-white, It Takes from Within is filled to the brim with abrasive sounds and odd music, where, at times, a hum—like a lowly howling wind—will steal the show during many scenes of purposeful quiet desolation. Although the black-and-white imagery adds much to the creepy, chilly surrealism that Eubanks unapologetically evokes onto his audience, it will nonetheless beg one to recall David Lynch’s 1977 film Eraserhead in many, many ways. Neither a good thing, nor a bad thing, of course; for what matters most is how much heart Eubanks put into his own film. The influence is certainly there, and it is quite apparent.

All of what has been mentioned, thus far, is most of the “good” from which has been taken, and while this review could be viewed as a scale, in the other dish lies what could be considered some of the “bad.” The first thing to mention is the overall length of the movie: It Takes from Within is a little over 90 minutes, and in most of that time the viewer has to sit through some overlong scenes of different things and happenings here and there, that may cause a nerve or vein to spasm or pop from the waiting for the next scene.

However, within this opinion, it is important to point out that these scenes are there to help one to get an idea as to what is happening, but the time it takes to move along is way more than a true slowburn. The other “bad” taken with the “good” is some of the dialogue comes off as a bit hokey, or poorly executed. Not entirely a bad thing because the acting is quite good, which practically relinquishes the words being spoken. Adding one more to the “bad” would be to mention the ending without spoiling the entire hour-and-a-half of the film: It may make one to smack an eye out, or both—against the wall…but this, too, could very well be because of the long running-time. 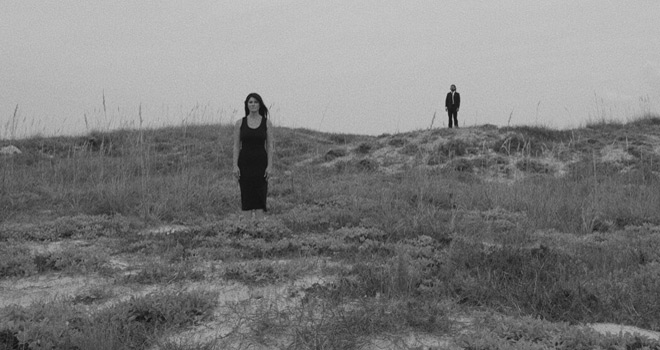 Now, back to all the more “good” that bleeds from It Takes From Within. Starting off with main Actor Kristin Duarte, who portrays an unnamed woman, dressed in black, on her way to a burial. Although she can be weak in delivering her lines at times, she never once loses her deadpan stare, her perfect composure, or the emotion in her expressions. For a first-time actor, Duarte does a great job in helping to sell Eubanks’ character on the big screen. She could also be nominated for Best Dressed Actor, if ever a category should arise.

One other thing: Duarte could also be a teacher for others trying to walk or run in high-heels, for she makes both look extremely easy to do. Seriously: there is a scene where she is literally running in those shoes like they were sneakers, never wobbling in her stride. Extra brownie points have been added to her répertoire because of such a feat (BOOM!).

Alongside Duarte is co-star James Feagin: an equally sharp-dressed person who portrays the unnamed man and partner to the former. Feagin manages to keep a menacing scowl throughout the entire film, ultimately conveying that, somewhere deep within his soul, burns agony and grief of something that had occurred to both he and his unnamed partner.

They journey across a town that at times can appear desolate or abandoned, where lurking around are strange people that may or may not hold a key as to what has happened. During most of the film, Feagin delivers a lot of the dialogue; some of his scenes will appear as monologues. However, through his constant scowl, his lines do come off a bit contrived, or forced, but this, like in Duarte’s case, should not be viewed as poor acting… they just seem a bit shy, which makes them both a couple of cuties doing their best as they garner more and more experience.

One last thing to mention before hiding from Eubanks who may take this review as a negative stab at his genius: it is with great honor to give a shout out to Jason Crow for his outstanding skill as a Cinematographer, who also supplied the Visual Effects for It Takes from Within. Eubanks and Crow should pat themselves on the back for many of the scenes that are so incredibly shot and filmed. One scene in particular is within a coffee bar. It is one long take, perfectly acted and choreographed, and when the scene cuts, the sense of being proud of everyone will take over the soul of the viewer. Seeing is believing, though. Camera Operator Jason Crow may have been the culprit for this perfect flowing scene; and if so, then she wins an Oscar for Best Camera Operator Ever. 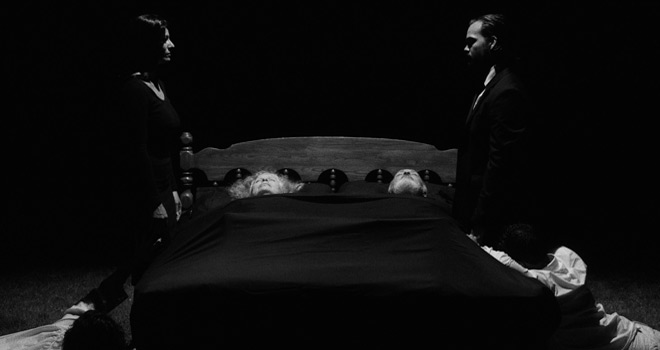 Look fast for three scene-stealing critters throughout the movie, in the shape of a moth, a seagull, and a sideways-walking crab! A fun thing to catch within the final edit.

Coming to a close: it is important to remember that, for every “bad,” there will always be some “good.” It will always be a fact of life; and anyone can sit back and review a movie, giving such a Thumbs Up or a Thumbs Down-rating without a care in the world. In the case of It Takes from Within, yes… there are equal parts “good,” and equal parts “bad.” Eubanks, his cast, and his crew put a lot of effort into making this movie, and every little aspect will jump right out of the screen into the faces of the viewer. For such a strong first full-length feature, CrypticRock proudly rates It Takes from Within a hefty 3 out of 5 stars. 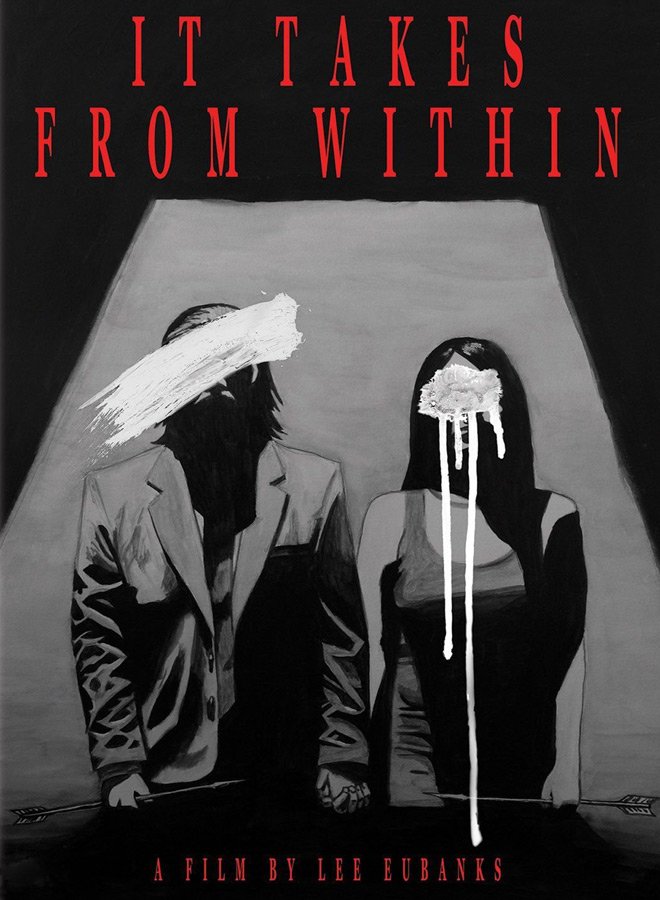 Purchase It Takes from Within: