On a Friday the 13th, in January 1995, a long-awaited project made its way to the big screen. After many seasons of a hit TV show, the creators of Tales from the Crypt premiered their first feature film, Demon Knight. Originally envisioned as a trilogy in 1987, producers feared it would bomb in the box office, and HBO debuted the show just two years later. After being passed around to a few directors, Universal Pictures executives thought one of the scripts had more potential than the other two. Director Ernest R. Dickerson (Bulletproof 1996, The Walking Dead TV series) took on the project, and with the help of a strong cast, Demon Knight delivered a story with the same thrilling and dark hilarity as the hit series. 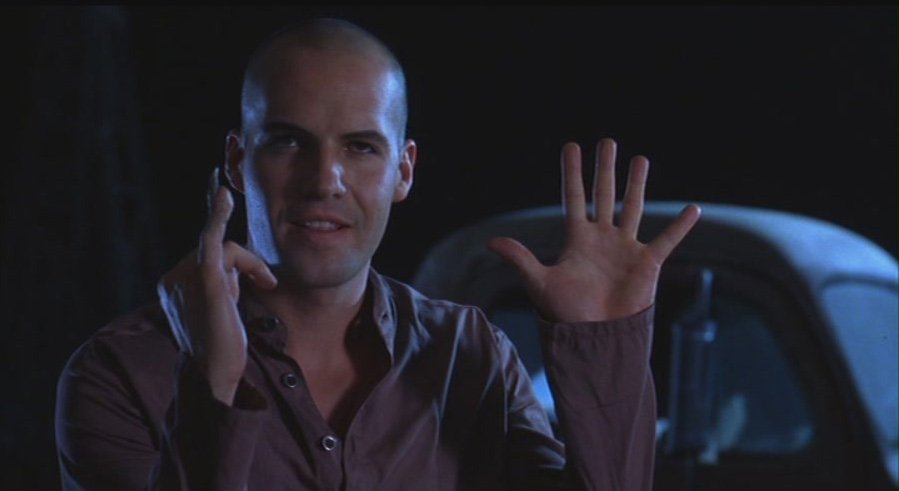 The tale begins with a car chase into a town called Wormwood, a man named Brayker (William Sadler: The Mist 2007, Iron Man 3 2013), on the run from a demon who calls himself The Collector (Billy Zane: Titanic 1997, The Phantom 1996). This has been going on for several years, all for an artifact which has been keeping demons from taking over the Earth, initializing the biblical apocalypse. He seeks temporary shelter in an old church, now ran as a local motel, currently housing a small group of people. Among those in the group are Jeryline (Jada Pinkett Smith: Scream 2 1997, The Nutty Professor 1996), Irene (C.C.H. Pounder: Orphan 2009, Face/Off 1997), Uncle Willy (Dick Miller: The Terminator 1984, Gremlins 1984), Roach (Thomas Haden Church: Spider-Man 3 2007, Zombie Roadkill TV series), and a few others. 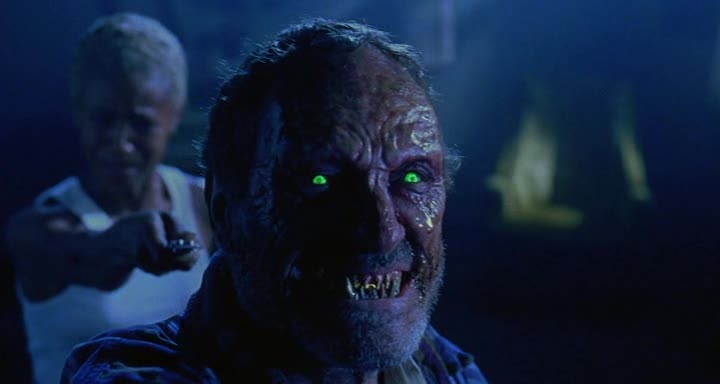 They are quickly burdened by The Collector and his army of demons, taken out one by one. After a few mishaps, Brayker tells them the backstory behind the relic he protects with his life, the last of seven keys that God spread throughout the cosmos to keep the demons at bay. The remaining key contained the blood of Jesus Christ, which has since been refilled by the previous protectors, for it is a useful tool against the demons. All the group has to do is survive the night, a task most difficult, for The Collector is determined to claim his prize.

Like most of the stories from Tales from the Crypt, Demon Knight was a lovely combination of cheap thrills, dark humor, and good, old-fashioned carnage. Stories that twist biblical literature usually can be tricky. The storyline sure was not perfect, but had simple elements that were short and to the point, allowing a fast-paced ride most Horror fans love. Where it lacked in story, it made up for in gore, still relished in a time with minimal CGI. 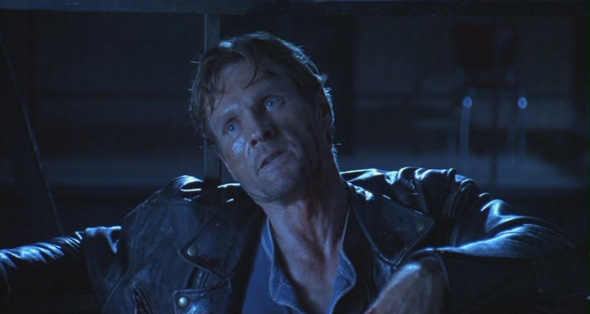 A fan favorite was the performance from Billy Zane, who played the dangerous, smooth-talking demon known as The Collector. His sarcasm and wittiness sparked a likable charm, which mirrored his arch nemesis, Brayker. He was played by William Sadler, who is no stranger to Tales From The Crypt, starring in “The Man Who Was Death.” He came off brooding and serious, but determined to fight, no matter the consequences. A young Jada Pinkett (pre Smith) and C.C.H. Pounder delivered strong female roles, their “take no BS” attitudes a perfect balance with the remaining cast.

In the box office, it grossed just over 20K, half of that made opening weekend. Critics often gave poor reviews, labeling it a “direct-to-video affair,” or a film neither funny or scary. To a majority of Horror fans, most would agree it is all about having fun. From your basic Slasher, Zombie, Monster, or Demon movie, most are fairly simple – a story that can be presented without dragging the plot, some uncanny humor, and of course plenty of gore. Demon Knight had all these qualities, making it an undervalued movie of its genre. In addition, the film featured a killer soundtrack that was bound to be a mainstay in any Metalhead’s collection with songs such as Pantera’s “Cemetery Gates,” Horrorcore legends Gravediggaz’ “1-800 Suicide,” and of course Filter’s “Hey Man Nice Shot.” In fact, the album broke the Billboard 200, making it one of the most remembered soundtracks of the late ’90s era. 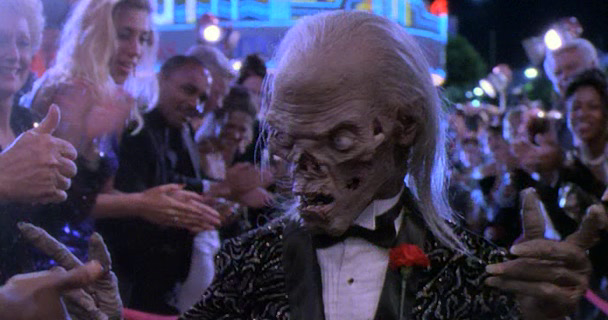 No one can be sure what the original script would have delivered, intended for roughly twelve years prior to its debut. Although, it is hard to imagine this cinematic adventure without the charm of The Cryptkeeper; an iconic character voiced by the very talented John Kassir who did in fact introduce the film just like in the HBO series. Perhaps Tales From The Crypt needed to sit idly and wait, molding and shifting until it was just right. There is something about cheesy one-liners mixed with gratuitous violence that rest in the hearts of die-hard Horror fans, and Demon Knight is no exception. For those who have never seen this Screamiere, dig in for a film worthy of being on a higher pedestal than it is credited for. 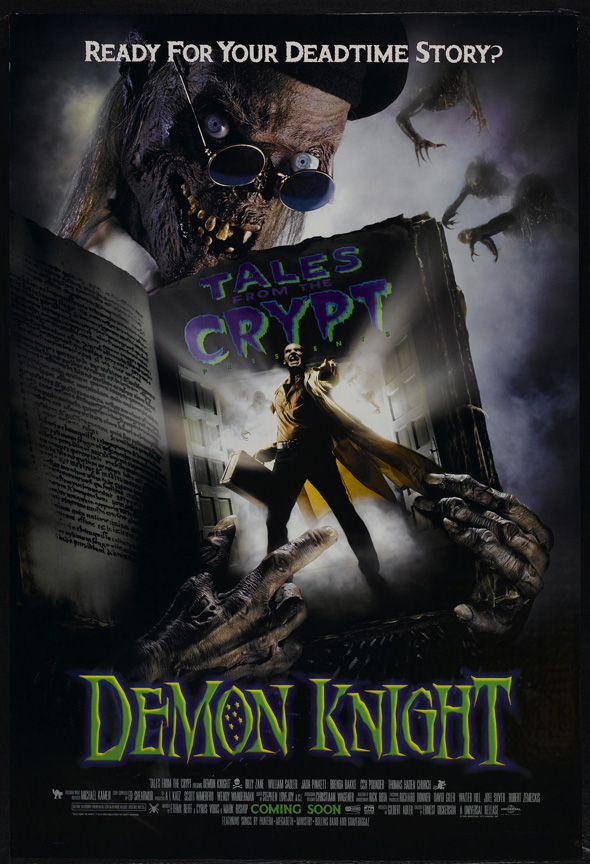 Purchase Tales From The Crypt: Demon Knight on Blu-ray/DVD on Amazon