Joe Ciminera continues his pursuit of Horror movie world domination with the release of Tales of the Dark: Part 6 Life Line on April 1, 2013. Written, directed, and produced by the multi-talented Ciminera, Tales of the Dark: Part 6 Life Line is a thirty minute episode in the series, focusing on a creepy abandoned factory. The film is set in modern times, but flashes back to the past by observational point of view. Showing a full story arc in such a short time frame is difficult, yet Ciminera seems to do so with ease.

This tale focuses on successful billionaire Gary Garrett (John Formica: Apex Rising 2015, Venial 2015), who has his eye on the abandoned factory in question, unaware and uncaring of its dark past. He has hired two employees to assist him in restoring the factory and turn it into cheap housing. Steve (Bob Socci: Zombie Hunters: City of the Dead 2012-2015, The Soulless 2015) and Garcia (Damien Sixx) are both happy to assist Gary in parting with his money. However, Steve is compelled to tell Garrett and Garcia the torrid history of the building including it being a former psychiatric institute; the Sim Psychiatric Centre. The centre has a long extensive history of its own, including torturing patients, but this does not deter Gary, who calls his realtor to confirm the deal.

Gary then decides to explore his investment in person and begins to walk the halls. Paint peels from the walls, debris is everywhere, the place looks like it was left in a big hurry, decaying over the next decades. That does not stop Gary from fantasising about its future and seeing dollar signs in front of his eyes. That is, until he meets with Doctor Fatz (Ciminera) and his cohorts, played also by Socci and Sixx. Gary is thrust into a terrifying reality and is forced to experience some horrific events. Will it ensure Garrett changes his ways, or will he revert back to his old selfishness? Either way, he cannot deny his experiences.

There is an underlying theme of morality throughout Life Line, and seems to be a common theme in most of Ciminera’s work, which is reminiscent of old Fairy Tales and Folk legends. Ciminiera, like many writers and directors, cameos in his work as a quirky character. Ciminera places great faith in the actors he works with, and rightly so. He therefore works with them regularly. The former successful television chef has come a long way in a short time. He is certainly one to keep an eye on, and Life Line will entice you to watch the other parts if the viewer has not yet done so. Each story is a twenty-five minute show and thirteen episodes make up a series. The film has an interesting storyline that is well-acted with great special effects.

Ciminera is currently writing and producing a half hour Sci-Fi mini series, titled Joe Ciminera Presents, and is finishing up his newest feature film, Venial, which will add to his already extensive resume. CrypticRock gives Tales of the Dark Part 6: Life Line 5 out of 5 stars. 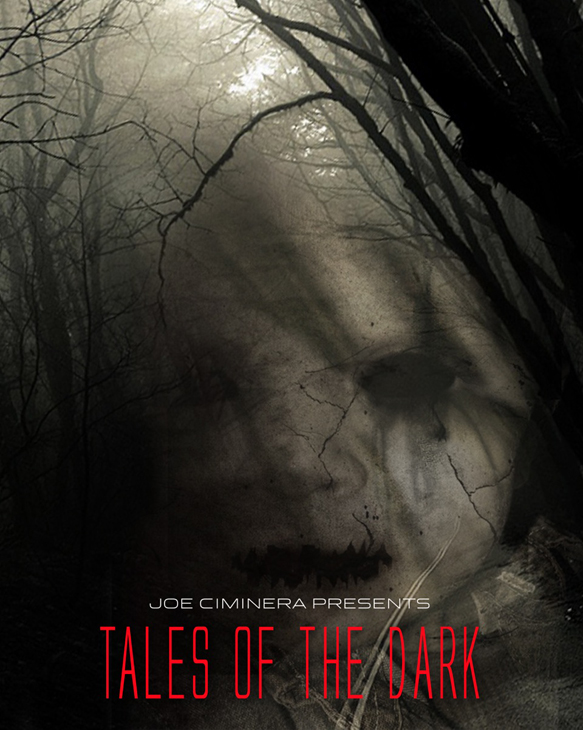 Full details can be found at joeciminera.com