Horror anthologies have recently come back into fashion, with the great part about them being if one does not like the first story, they can just wait for the next one. With this season’s Tales of Halloween, released October 16, 2015 through Epic Pictures and Film Entertainment Services, Horror fans do not have to wait long for some fun, grisly tales. Each of the ten individual storylines has its own famed Horror director, with Darren Lynn Bousman (Saw 2 2005), Adam Gierasch (Night of the Demons 2009), Andrew Kasch (Never Sleep Again: The Elm Street Legacy 2010), husband and wife Neil Marshall (The Descent 2005) and Axelle Carolyn (Soulmate 2013), Lucky McKee (May 2002), Mike Mendez (Big Ass Spider! 2013), Dave Parker (The Hills Run Red 2009), Ryan Schifrin (Abominable 2009), John Skipp (A Nightmare on Elm Street 5: The Dream Child 1989) and Paul Solet (Grace 2009) adding their own tales to the mix. Carolyn, Kasch, Marshall, McKee, Mendez, Parker, Schifrin and Skipp also wrote their own scripts. 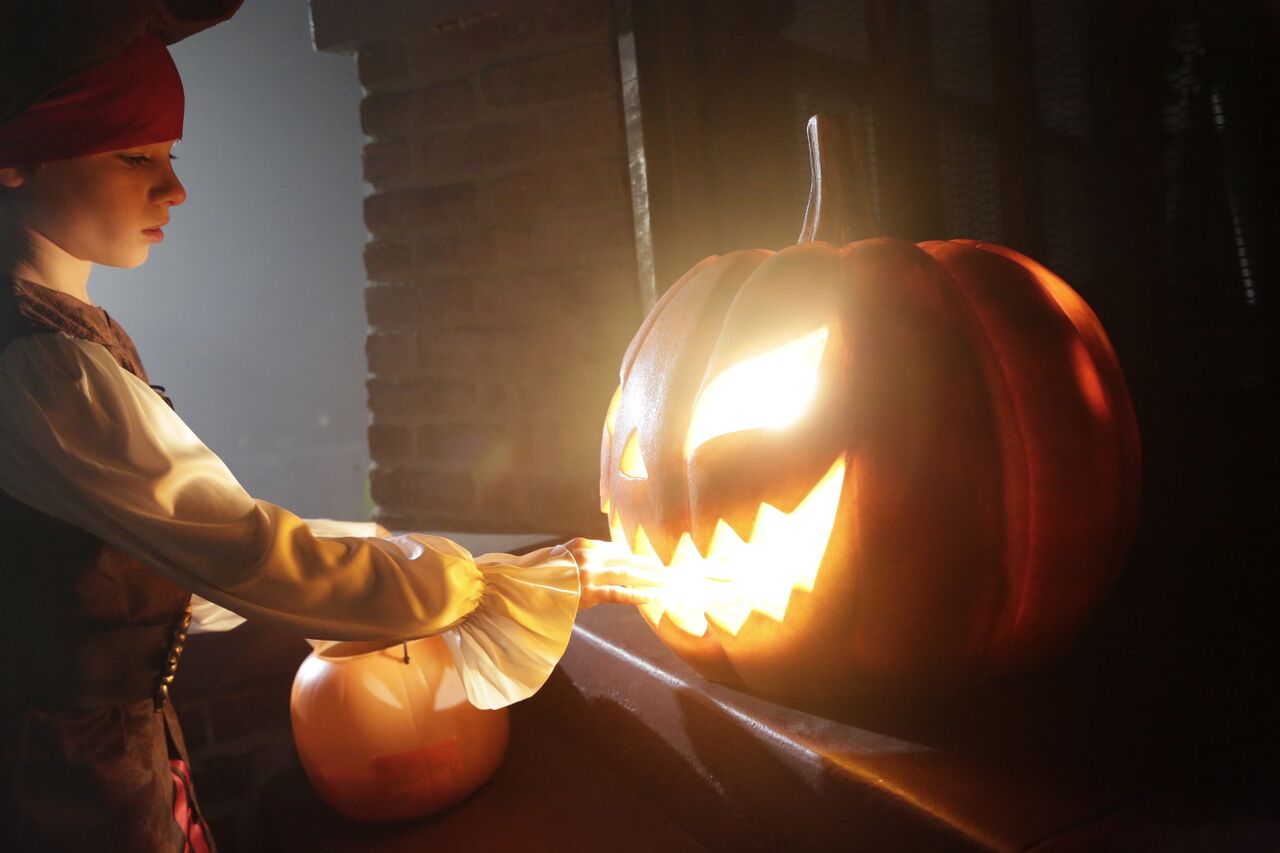 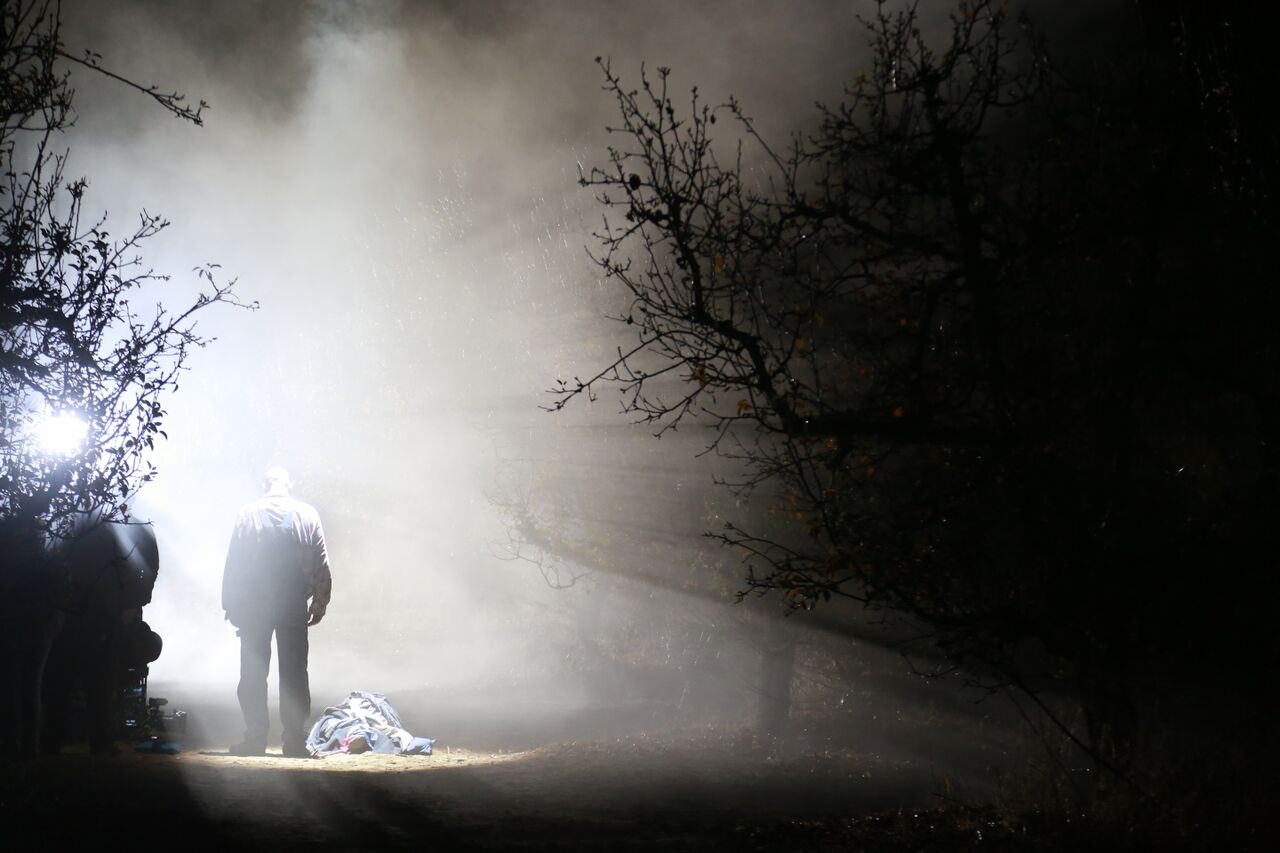 Created by Carolyn, each one of the ten separate shorts is better than the last. The first segment, Parker’s “Sweet Tooth,” tells what happens in one town if a Trick or Treater eats all of his candy without sharing. Bousman’s “The Night Billy Raised Hell” stars Bostwick as the king of devilish Halloween pranks. In Gierasch’s “Trick,” a group of kids decide to play tricks over collecting treats in grisly retaliation, while Solet’s “The Weak and the Wicked” has a bullied teen getting the ultimate revenge. One of the best stories of the set is Mendez’s “Friday the 31st” as the tables turn on a Jason Voorhees-like backwoods killer. Carolyn’s own segment, “Grimm Grinning Ghost,” is brimming with cameos while, at the same time, delivering on another urban legend scare. McKee brought back The Woman’s (2011) Pollyanna McIntosh for “Ding Dong,” a surreal story about a childless couple and the Fairy tales that entangle them.

Skipp and Kasch team up for “This Means War” to bring a contemporary vs. traditional Halloween decoration showdown between neighbors. Another great tale, Schifrin’s “The Ransom of Rusty Rex,” has a couple of kidnappers getting more than they bargained for when they target the masked son of a known millionaire. The last segment, Marshall’s “Bad Seed,” plays around with Crime Drama suspense while mixing in a heaping helping of supernatural vegetables. The wraparound story has Adrienne Barbeau reprising her role as The Fog’s (1980) radio DJ Stevie Wayne as she whispers sweet nothings across the airwaves to the night’s Halloween players. 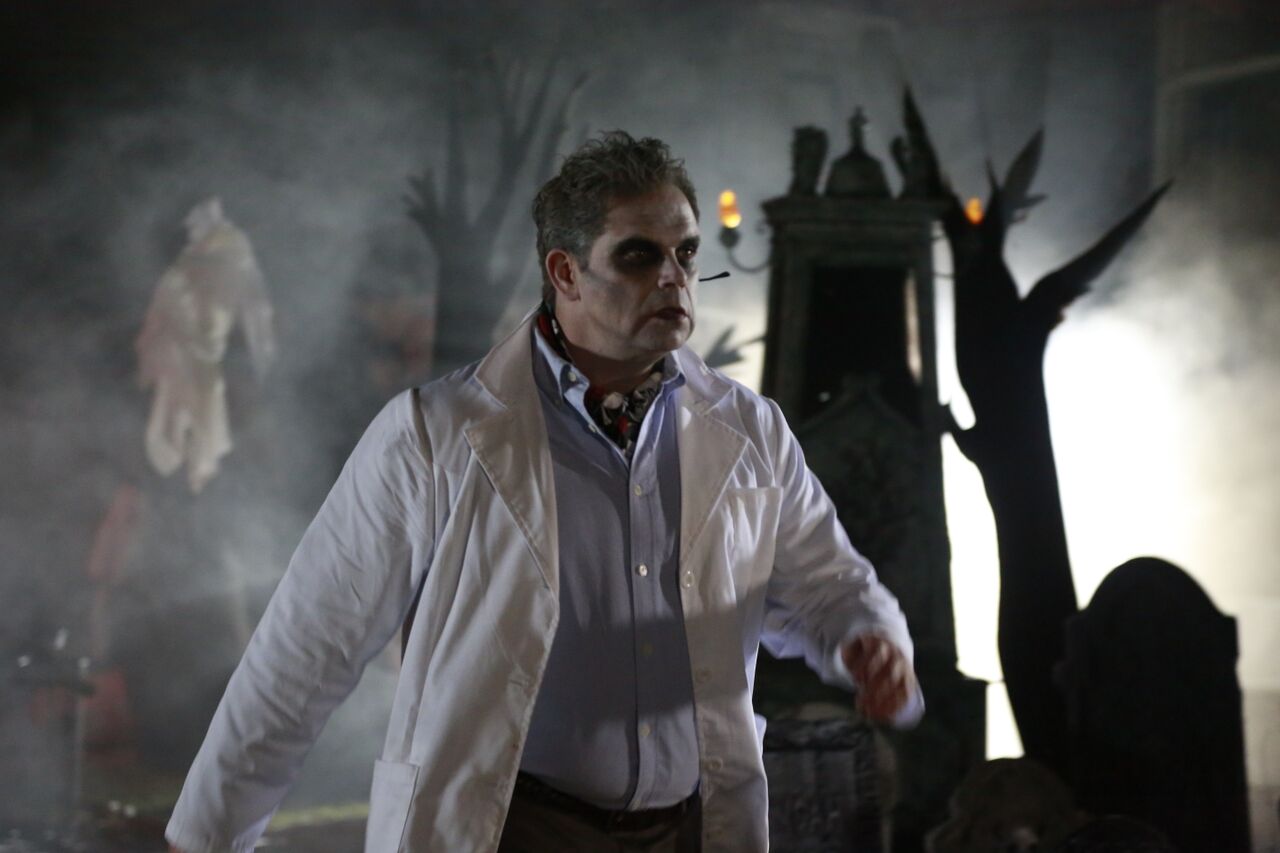 There are some banner nods and tributes to Horror gems of old beyond the many familiar faces and cameos, most notably the inclusion of scenes from George A. Romero’s Night of the Living Dead (1968) in almost every segment. There is no denying that the makers of Tales of Halloween love the Horror genre and appreciate the greats that got the field in the creative, malleable place that it is now. Currently, Rotten Tomatoes gives Tales of Halloween a perfect 100% fresh rating from twelve critical reviews. Although some may consider the film to be more on the silly side than the scary side, there is no doubt that the love for this beloved Autumn holiday and all of the things it stands for is included in this fantastical film. Like 2007’s Trick or Treat before it, Tales of Halloween will become a Summer ending staple in any and all Horror lovers’ repertoire. CrypticRock gives Tales of Halloween 4.5 out of 5 stars. 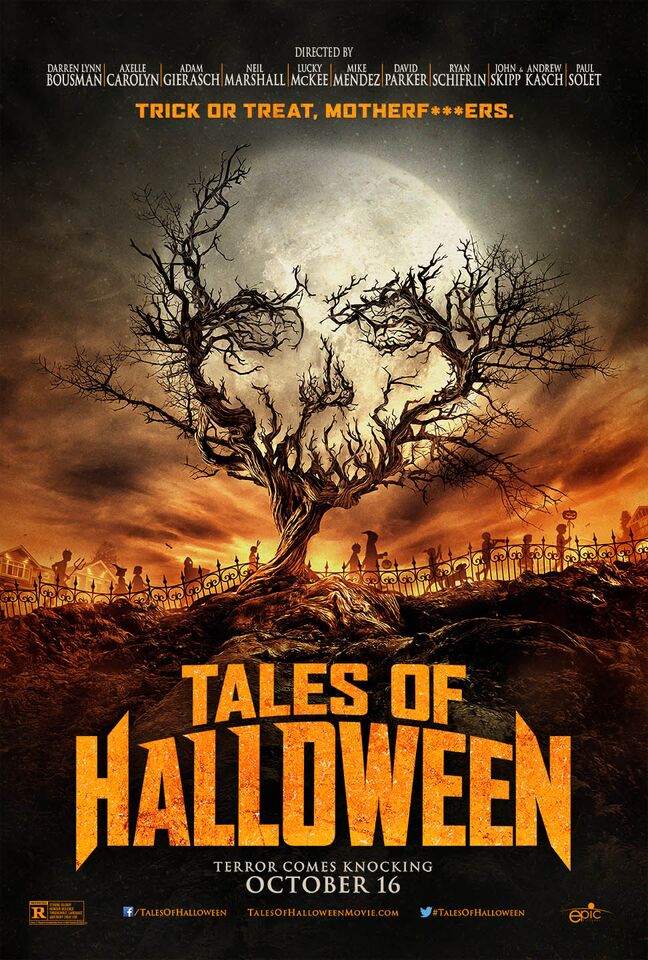