November 15, 2017 Tarja – From Spirits and Ghosts (Score for a Dark Christmas) (Album Review) 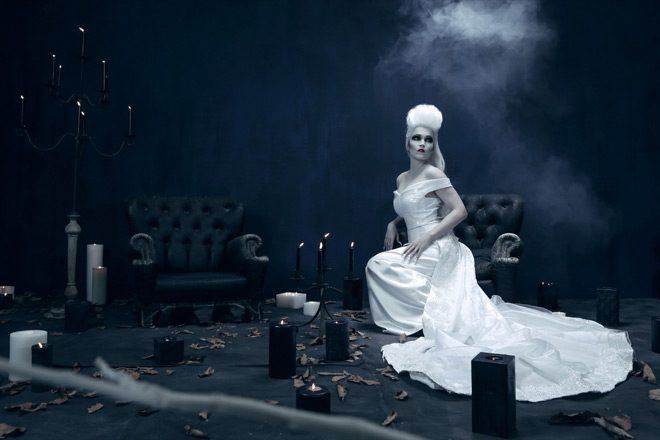 If there was any selection of tunes in need of a major kick in the ass it is Christmas music. Invading the airwaves before the last jack-o-lantern finds its way into the trash bin, no run to the grocery store, dentist’s office, or shopping mall after Halloween is safe from the onslaught.

It is a good thing for this beleaguered sub-genre that renowned Finnish Vocalist Tarja Turunen is here to provide the necessary jolt. Seeing the light of day on November 17th, 2017 through earMUSIC, From Spirits and Ghosts (Score For A Dark Christmas) shows the versatile mezzo-soprano continue to shape her solo career into new horizons, this time channeling some well-known holiday standards through her own creative lens.

One glance at the gorgeous album cover and it is clear that not all this season’s greetings are merry and bright. The clawed and darkened persona displayed upon it is reflected in the orchestral sweeps of famed American Film Score Composer Jim Dooley, who co-produced the album along with Tarja Turunen.

Inspired in part by Turunen’s mixed relationship with the Christmas season, which was darkened by the loss of her mother before being illuminated by the birth of her daughter, the songs convey both shadow and light in equal measure.

Take for example her rendition of “Amazing Grace.” Her flawless voice emerges amid baritone orchestral swells more at home on the edge of a battlefield, the tortured cello bringing to mind the cold loneliness of a Lapland winter. Turunen sounds pure and powerful, much as she did in her professional infancy making Nightwish an international sensation back in the late ’90s. The upwelling of film-score emotion plays out like a post-war city rebuilding itself via the strength of the human spirit. It ends with her lilting voice singing “I once was blind but now I see” into the silence in a very compelling way. This is certainly an album highlight.

“Deck the Halls,” a song so frequently played at the holidays, is given a fresh go, made more special by the inclusion of the voice of Naomi Cabuli-Turunen, the aforementioned daughter who reinvigorated Tarja Turunen’s enthusiasm for the season. No one should be surprised that “O Tannenbaum” sees Turunen smoothing out the perceived harshness of the German language into lovely ear-candy. By contrast, the cathedral-worthy “Pie Jesu” gives fans a captivating example of her astounding vocal control and magnificent range.

The more Pop oriented, “Have Yourself a Merry Little Christmas” sounds much less run-of-the-mill given the Turunen treatment. The small vocal touches here and there help out, while the horn section setting up the final minute serves to strengthen the melody. Turunen, not one to drudge her way through anything, ensures that the mall favorite ends up on a high note. “God Rest Ye Merry Gentlemen” begins life as a rather sedate affair, but the combined efforts of Dooley and Turunen instill it with a high degree of epic flair. It is impossible not to feel like it is the first time hearing this old standard.

One would be forgiven for seeing “Feliz Navidad” listed on this album at a rather long 5:49 and growing a bit concerned. There are some positively cloying renditions of this song floating around, so to hear Turunen sing it is a vast relief. Unfortunately, all the orchestral flourishes in the world matched with that amazing voice have a difficult time making the repetitive refrain work. Despite it all, Turunen gets major points for making this song palatable.

“What Child Is This?” ratchets up the epic qualities, the balance between Turunen’s voice – an instrument unto itself – and the orchestral accompaniment, simply perfect. The dark dissonance in the beginning of “We Wish You A Merry Christmas” shows exactly the conflict of feelings at the forefront of the album’s mission statement. Right on the edge of breaking down, like David Bowie’s ballad in the 1986 movie Labyrinth during the masquerade scene, the illusion of happiness seems ready to burst. Perhaps it is Turunen’s way of reminding us that we should appreciate the good times while they last.

Whether it is the lush marching cadence of “O Come, O Come, Emmanuel,” the joyous celebration that is “We Three Kings,” or the lounge and piano smoothness of original tune “Together,” Turunen once again proves that she is a captivating performer with a voice for the ages. This holiday season, urge your local retail centers to crank up this album as opposed to the usual ones, because Christmas has not sounded this magical since we all believed in Santa Claus. For these reasons, CrypticRock gives From Spirits and Ghosts (Score For A Dark Christmas) 4.5 out of 5 stars. 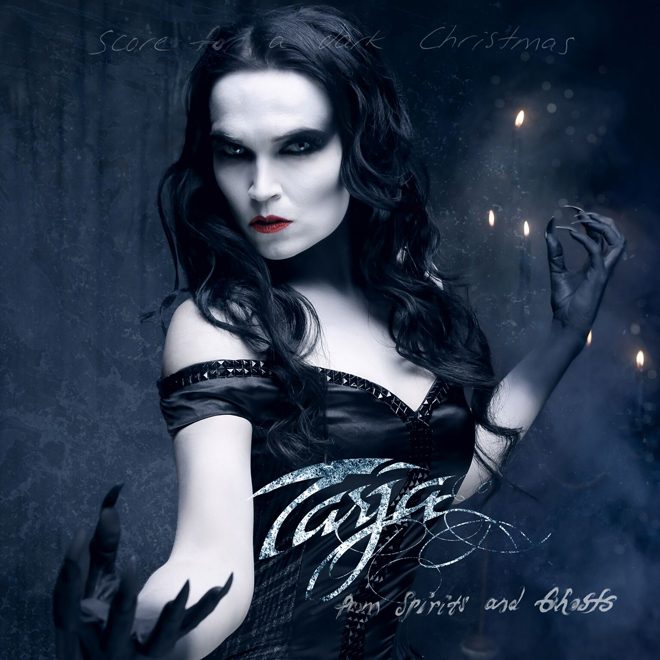 Purchase From Spirits and Ghosts (Score for a Dark Christmas):

Norah Jones – I Dream of Christmas (Album Review) Dark the Suns – Suru Raivosi Sydämeni Pimeydessä (Album Review)
Like the in-depth, diverse coverage of Cryptic Rock? Help us in support to keep the magazine going strong for years to come with a small donation.