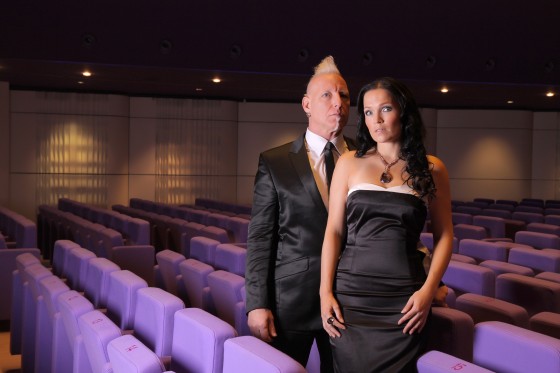 Providing an intriguing collaboration for rock fans’ ears, former Nightwish vocalist Tarja Turunen and Rage drummer Mike Terrana released a double live album back on May 30th, 2014 via earMUSIC.  Entitled Beauty & the Beat, it features an interesting mix of different music styles.  No strangers to each other, Terrana and Turunen have collaborated on Tarja’s solo albums What Lies Beneath (2010), Act 1 (2012), and Colours in the Dark (2013).  This special project was recorded in Kongresové Centrum, Zlín, Czech Republic in April of 2013 over the span of three shows. The Beauty & the Beat Tour started in Bulgaria on March 30th, 2013 and ended all the way across the pond in Perú on the 30th of June, consisting of sixteen shows; thirteen in Europe and three in Latin America. Obviously a tour needs more than just a drummer and a singer, especially when capturing the massive sound envisioned by both Turunen and Terrana. So to help them bring their vision to life, the duo employed a full orchestra featuring sixty plus performers along with a choir of thirty singers.  The first disc includes classical music such as Bach, Strauss, Mozart and Rossini, with some interesting twists.  The second disc includes renditions of Tarja’s solo material as well as covers of Queen, Led Zeppelin and Nightwish.

Starting things off with Bach’s ‘Concert For Violin & Oboe,’ Terrana uses a great drum beat to spice things up. The second piece is Bach’s Blute Nur’ opera, presented perfectly by Tarja. This is followed by ‘Zuneignung – Op. 10, No. 1’, by Strauss. Once again the piece is magnificently performed by Tarja. Moving along, ‘Barber of Seville’ by  Rossini is another piece even those unfamiliar with classical music will recognize, which leads to a dark, dramatic version of Antonín Dvořák’s ‘New World Symphony’.  The rhythmic beat of Terrana is precise and provides a rock-n-roll background to the strings of this and every other track. ‘Song to the Moon’ makes for a calm and beautiful listening experience, followed by Franz Lehár’s cheerful and tender ‘Vilja Song’. Giacomo Puccini’s ‘O Mio Babbino Caro’ is another place where Tarja shines bright to immense applause from the surely enraptured crowd. ‘Can-Can’ is another familiar piece, especially to sports fans, and it brings a nice cheerfulness to this part of the album. Tarja then classes up West Side Story’s ‘I Feel Pretty’, presenting it her classic mezzo-soprano operatic style.

Keeping up with this legendary song selection is Rossini’s ‘William Tell Overture’, definitely a household name among classical masterworks. Terrana once more brings the track to life with his exciting playing style. On Strauss’ opera ‘Mein Herr Marquis’, Tarja is given the chance to show off what a dynamic range she has, as the piece is extremely challenging. Closing out disc one is Mozart’s orchestral piece ‘Eine kleine Nachtmusik’ highlighted and augmented for a rock-n-roll crowd by more of Terrana’s fantastic rhythms.

Disc two beings with Queen track ‘You Take My Breath Away’, which Tarja and the choir perform  a cappella style. Unique and captivating, this rendition is a must listen. Tarja follows it up with an original from her My Winter Storm (2007) album, called ‘My Regin’. A tranquil piece, it is accompanied by a lone violin, providing for a dulcet, intimate listen. This leads into another Tarja song titled ‘Witch-hunt,’ which is an alternative song with a very interesting lilt. Changing things up again, the duo engage in a Led Zeppelin medley but with their own brand stamped confidently upon it; Tarja’s angelic voice, the orchestral sonic backdrop, and Terrana’s powerful drum hits. While a fun excursion, it does sounds slightly out of place. Next comes a song familiar to all serious Nightwish fans, that being the emotional and heart-rending ‘Swanheart.’ Throwing another curve ball next is Frank Sinatra’s ‘Fly Me to the Moon’ yet it totally blows the audience away. And no, Old Blue Eyes does not have his soulful voice rendered in the mezzo-soprano range. Instead it is Terrana who performs the classic hit. Nailing the song in a phenomenal way. If the two talented musicians ever collaborate like this again, a song like this should make fans wish for some duets Disc two closes out with two more Taja tracks, those being ‘Into the Sun’ from Act 1 (2012) and ‘I Walk Alone’  from My Winter Storm (2007). Vastly different than the originals the first of the two is a more peaceful offering, while the latter is a powerful and dramatic mix.

Beauty & the Beat is a unique album presenting many musical styles with a classic touch. Even though the first disc is classic it is very moderate to the ears of Rock fans.  It is a very easy listen and there are many familiar traditional classic songs which are transformed into a more modern mode. The second disc is a mixture of old Rock, Metal and Folk music. The recordings are of a extremely high quality and only random applause separate Beauty & The Beat from sounding like a studio album, justifying the fine job Tarja and Terrana did both in performing and producing the album. Beauty & the Beat is an interesting listen and well worth devoting time to enjoy over and over again.  CrypticRock gives this album 4 out of 4 stars. 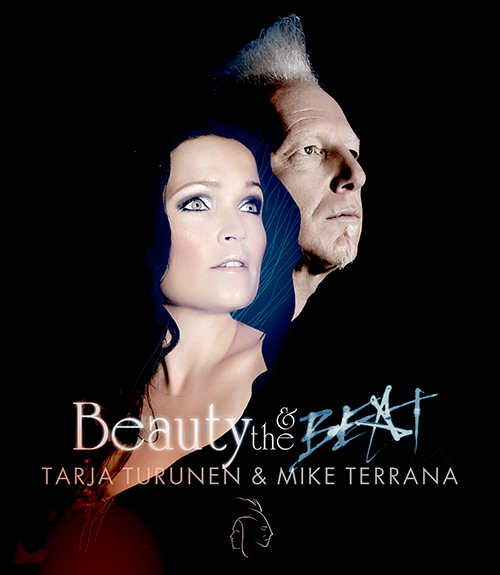 Mike Tramp – Everything Is Alright (Album Review)
Like the in-depth, diverse coverage of Cryptic Rock? Help us in support to keep the magazine going strong for years to come with a small donation.