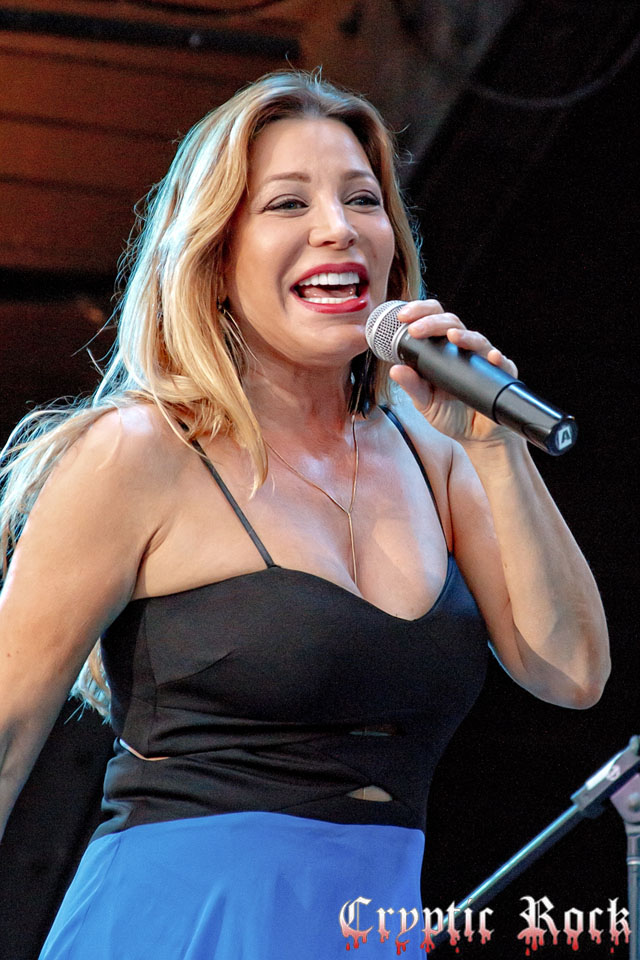 There is something to be said for a singer’s voice that is so powerful that it can stand alone even without the benefit of backing music. This can easily be said for Baldwin, New York native Taylor Dayne, who after graduating from High School, gaining experience playing in a couple of Rock bands, took off into an outstanding professional career when signing with Arista Records in the late 1980’s. Releasing the single “Tell It To My Heart” in November of ’87, Dayne had a mega hit on her hands that took over the radio and Dance clubs across the nation. A prelude to what was to come for the young vocalist, just a few months later in January of ’88, Dayne release her debut album by the same name of that song and pumped out an astounding three more Top 10 hits. A bonafide recording artist, Dayne went on to massive success with the multi-platinum Can’t Fight Fate album in ’89 and certified gold release Soul Dancing in ’93. Maturing as an artist, Dayne expanded her horizons in years to follow recording two more studio records, including her most recent, Satisfied in 2008, as well as starred in a list of films.

Almost three decades since the world was first introduced to Dayne, she continues to perform, write music, and possess that same unforgettable voice. With the possibility of a new studio record on the horizon, Dayne has spent the majority of 2015 touring around North America and, after appearing at Flower Power 2015 in Disney World back in May, she kicked off an extensive Summer tour entitled Greatest Hits Live Tour on July 17th. A perfect artist to check out live on a hot Summer night, Dayne returned home to Long Island where she grew up for a very special show at Harry Chapin Lakeside Theatre within Eisenhower Park in East Meadow on Saturday July 18th. Greeted by a large crowd of hometown fans, the mood was upbeat and everyone was ready to rock the night away with some good music.

As direct support for the evening, Dance-Pop vocalist Alisha took the stage to get the crowd moving. Also a native of New York, Alisha grew up in the borough of Brooklyn an aspiring performing artist. After humble beginnings as a part of a group called The Babysitters, Alisha was quickly signed to Vanguard Records and released her debut self-titled album in 1985. Spawning a series of chart-topping Dance hits, Alisha had begun a career that would yield a handful of other Dance favorites through the years. Gracious to see the vocalist perform, Alisha was treated to a warm welcoming as she sang enthusiastically through a brief set that included her mainstream hit “All Night Passion.” Smiling and having a good time, Alisha proved her music is loved all these years later. While little information can be found about Alisha online, without a social network page or website, chances are she may pop up at other Freestyle shows in and around the tri-state area, so keep a look out. 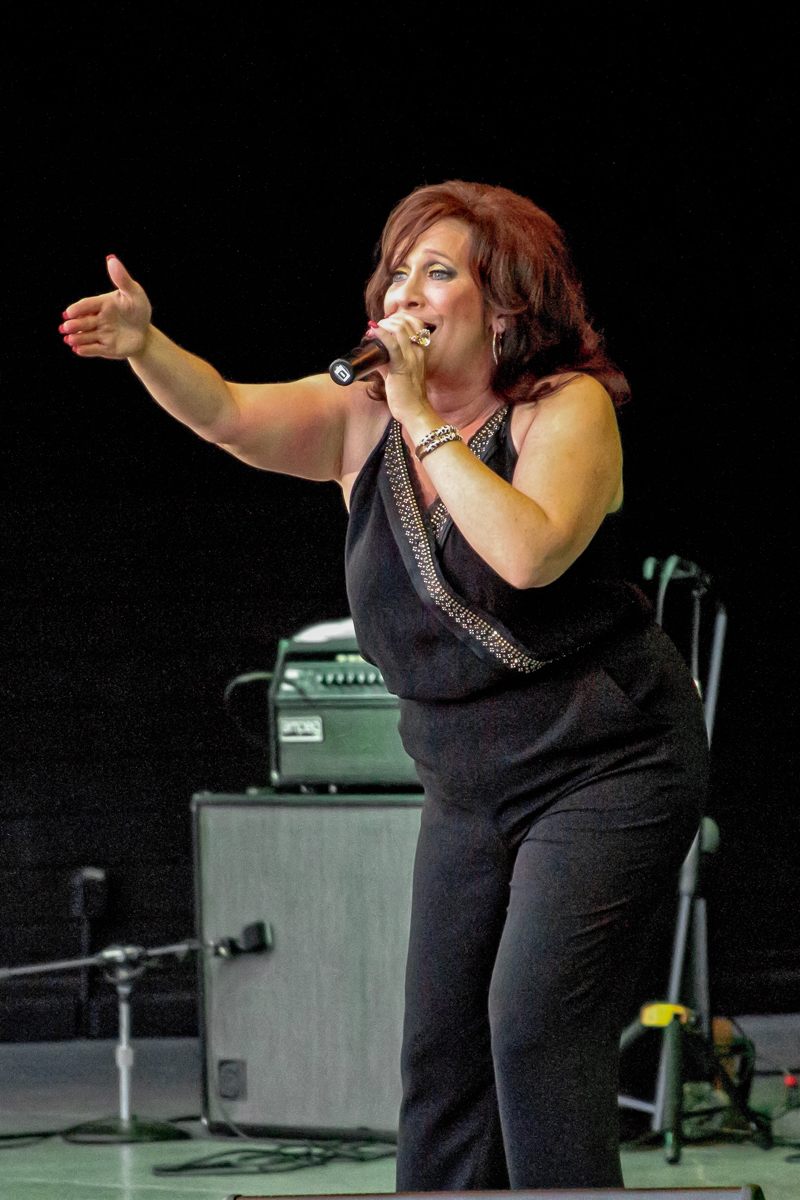 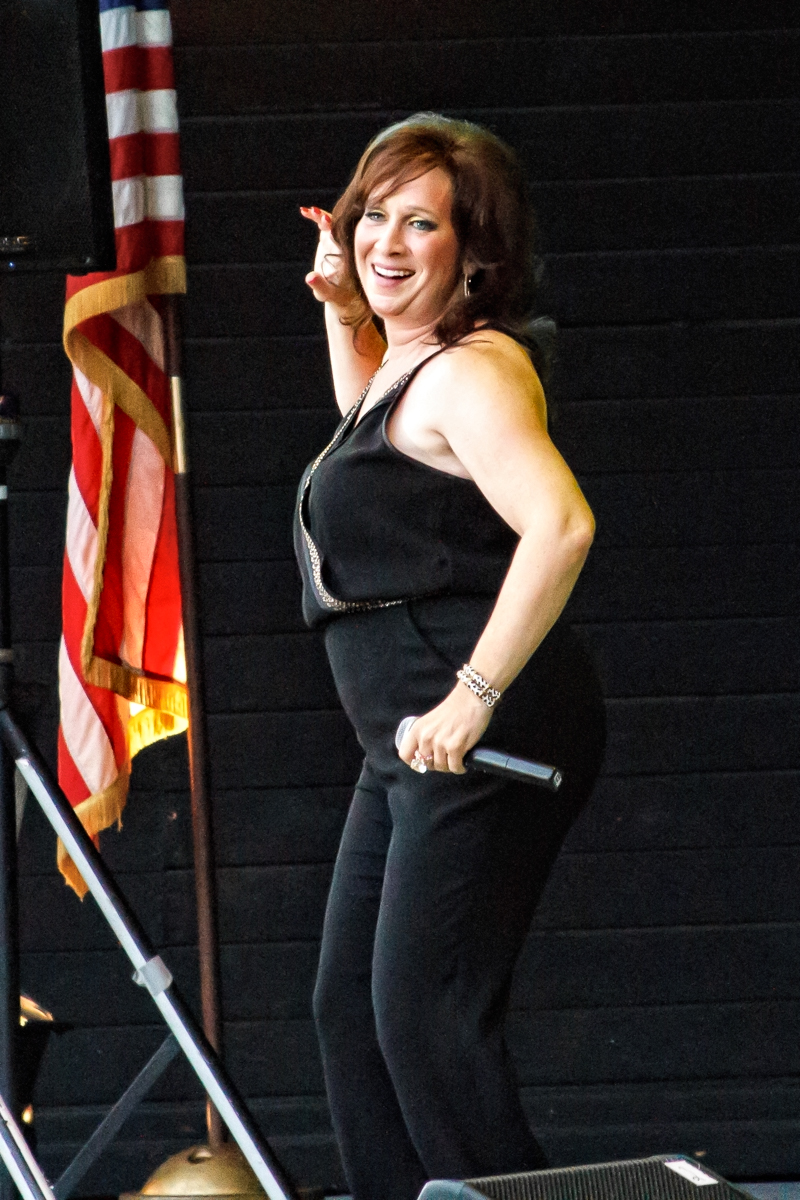 Following a brief intermission and set change, the lawn of Eisenhower Park was packed with friends, family, and fans of all ages ready to enjoy a concert with Dayne in this anticipated homecoming. As her four-piece live band took the stage first, Dayne quickly followed thereafter wearing a classy black and blue dress as she began with her 1989 hit single “With Every Beat of My Heart” before seguing seamlessly into Tina Turner’s “Simply The Best.” Displaying tremendous energy, Dayne smiled from ear to ear as she passionately sang another hit in favorite “Don’t Rush Me” before breaking in 1993’s “I’ll Wait,” which was featured on her Soul Dancing album, but some may remember from the Comedy Blank Check.

Moving forward into her more current material, Dayne mixed in her unreleased 2010 song, “Born to Sing.” A track that Dayne herself look as a personal anthem, she hit all the notes with ease as the words resonated with emotion.  Receiving cheers of approval, Dayne quickly took the audience back in time again with Adult Contemporary chart topper  “Send Me a Lover” before the adored “Prove Your Love.” Showing she has not lost one step in her singing through the years, Dayne leaned back and belted out notes that was unwavering and full.

Engaging the audience with conversation and stating how wonderful it felt to be back home, Dayne kept the music coming as she went into her number one dance hit from 2007, “Beautiful.” Quite a sensual track, Dayne’s voice sounded soulful as she jived through the groove and it was a fitting way to go into Barry White classic “Can’t Get Enough of Your Love.” Getting everyone out of their seat, most were dancing along and did not sit down as the song that started it all for Dayne began with “Tell It To My Heart.” Potent with a live band backing it, the track had many singing along to the easily recognizable chorus. Bidding the audience farewell, Dayne and company left only for a moment before returning for a surprise encore of  her biggest hit ever, “Love Will Lead You Back.” Thanking everyone for their support, Dayne said she will always return to Long Island and what a pleasure it was to be home.

While the weather was hot and humid, Dayne made everyone sweat even more with the red hot set of songs she jammed out. The combination of number one hits and newer tracks perhaps some were not familiar with was outstanding and flowed together flawlessly. While the performance brought many down memory lane, it also provoked hopes that Dayne will in fact return with a new studio record in the coming future. Until then, fans can catch Taylor Dayne in concert with select dates from now through November 6th, so do not miss a chance to see her live. 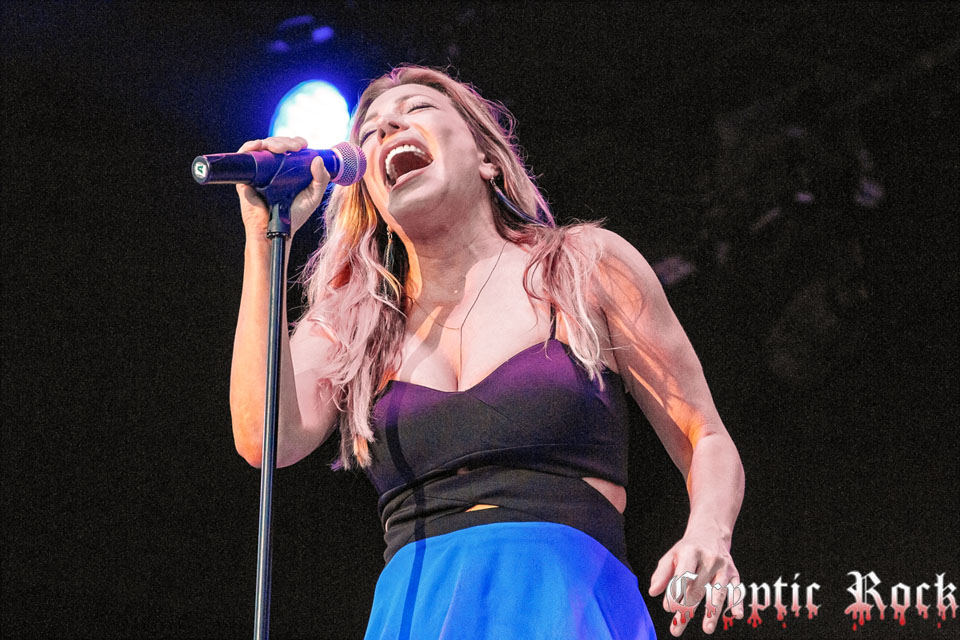