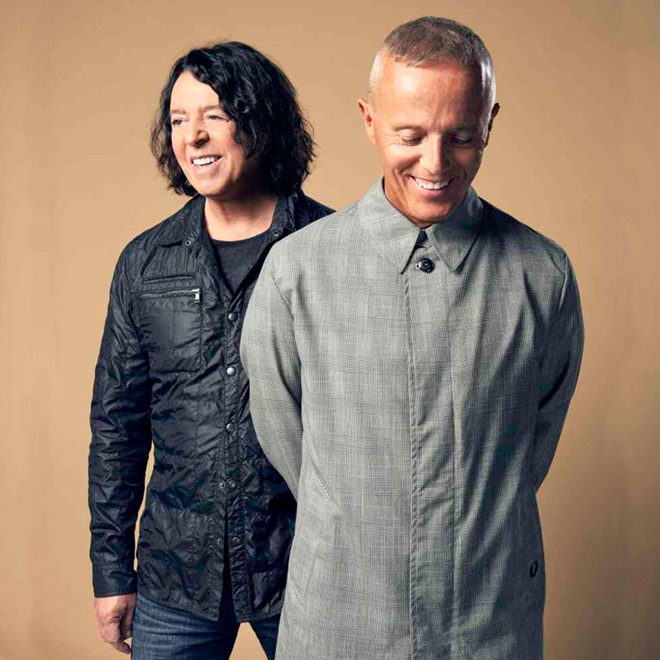 Among the crème de la crème of classic and iconic ’80s-peaking New Wave Pop bands, Tears for Fears seems to have been lagging behind for quite a while now. Some of its equally great contemporaries, such as Duran Duran, a-ha, and Depeche Mode, have each released new albums recently—2015’s Paper Gods of Duran Duran, 2015’s Cast in Steel by a-ha, and this year’s Spirit from Depeche Mode. Tears for Fears’ last album was released in 2004. This is the reason the forthcoming offering of the reinvigorated Roland Orzabal (vocals, guitars, keyboards) and Curt Smith (vocals, bass, keyboards) certainly deserves a warm welcoming embrace not only from their longtime followers but also from any fan of New Wave and Indie Pop music. It will also hype up the anticipation for the much-awaited proper follow-up to 2004’s Everybody Loves a Happy Ending whose planned release date has been moved to sometime next year.

Released on November 10, 2017, by Universal Music, Tears for Fears’ new compilation album is titled Rule the World: The Greatest Hits. It contains fourteen of the band’s well-loved hits plus two newly recorded, fresh compositions. Albeit it does not consist entirely of new materials, the remixed versions here of many of the band’s iconic songs shine even brighter. This may be attributed to the obvious and necessary tweaking and polishing of the songs’ instrumentation and orchestration, which made the music now sear and soar even higher up there, complementarily, with the familiar, powerful interplay of Orzabal’s deep, vigorous voice and Smith’s breezy, silky croon. It should be commended too for ensuring that every Tears for Fears album—from 1983’s The Hurting to 2004’s Everybody Loves a Happy Ending—is represented in this assemblage.

Rule the World opens aptly with Tears for Fears’ perhaps most popular song, “Everybody Wants to Rule the World,” whose introductory guitar plucks sound sharper and shinier. “Shout” follows with its usual chimes and bells, still capable of giving goosebumps and shivers in the spine of any nostalgic listener. Then, a sweet surprise comes in the form of the first of the album’s two new songs—“I Love You, But I’m Lost,” whose undulating staccato string backdrop and contemporary, dreamy Blue Wave/Pastoral Pop-inspired energy is more than enough to make Rule the World a must-have.

Following enters the dancey, Tribal synthdrum beats of “Mad World!” Thus, to imagine Orzabal’s trademark waving-hands-in-the-air dance moves become inescapable; it will most likely cause the listener to ruffle his hair into a bird’s nest and make the same hand wave gesture without him noticing it. The mix of “Sowing the Seeds of Love” in this set is superb; the horn section and other orchestral embellishments were improved, making the song’s parent album’s comparison to The Beatles’ 1967 album Sgt. Pepper’s Lonely Hearts Club Band more justifiable. “Advice for the Young at Heart” retains its cool and smooth swing and swagger.

Any Tears for Fears enthusiast who was there since the beginning will surely shed some tears, not of fear but of nostalgia, as soon as he hears the opening piano of the next track, “Head Over Heels.” The following “Woman in Chains” need no lavish reintroduction, ever. It is still the same heartrending ballad that has made millions of romantics, old and new, swoon in sweet surrender. Another trek back to the band’s beginnings, “Change” will make any longtime fan feel younger and innocent. The other new track, the ballad “Stay” is a change of mood and pace; its slow, haunting rhythm and rustic instrumentation hark back to Orzabal’s Spanish excursion in 1995’s Raoul and the Kings of Spain. And having been written by Smith with his ’90s collaborator Charlton Pettus, it certainly sounds in league also with Smith’s solo endeavors, especially those released in the ’90s. It serves as a prelude to the gradual buildup of the slightly Flamenco-flavored guitar strums and vocal interplay of “Pale Shelter.”

A more string-oriented mix of “Mothers Talk” flawlessly paves the way to the ensuing shots and punches of “Break It Down Again,” the only representative of 1993’s Elemental. Then there is the laidback, suave, piano-dominated ballad “I Believe.”

Tears for Fears then wakes the listener up once again with the subtly sinister but upbeat predisposition of “Raoul and the Kings of Spain.” Finally, the duo wrap up Rule the World with something from their last album, the colorful and reflective “Closest Thing to Heaven,” a seeming sign that the arrival of the duo’s new proper heaven of an oeuvre is almost here.

Although it is not yet the Tears for Fears album that most fans are waiting for, Rule the World has more than enough heart and melodies to bridge the gap between now and the next, true musical offering. In the meantime, let the music of Tears for Fears rule your world once again and take you back to the golden heyday of ’80s New Wave/Pop music and realize its relevance and significance in the current Pop and Rock music scene. It is not yet the ending, after all. CrypticRock gives Rule the World 4 out of 5 stars. 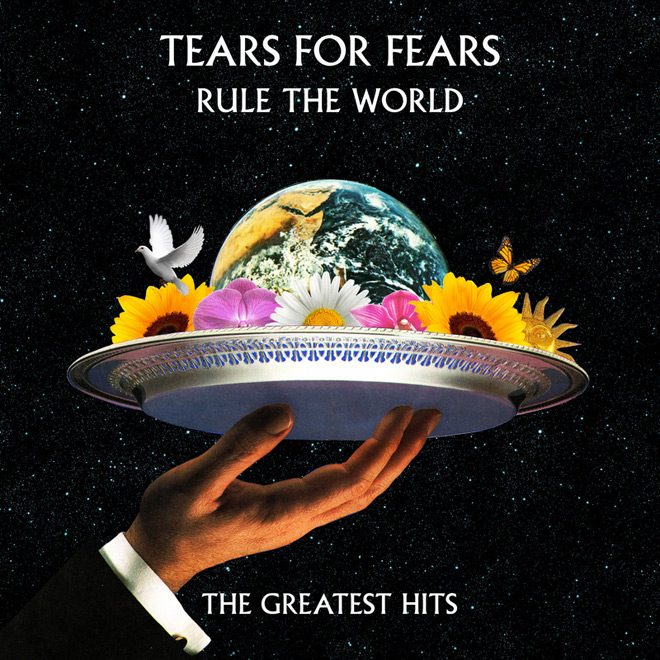